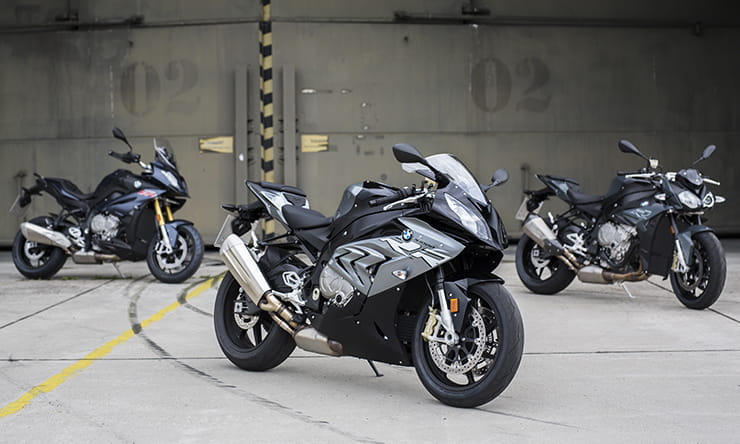 Euro4 changes to the four-cylinder range of BMW’s S1000R, S1000RR and S1000XR mean more power for the naked bike and tourer, and a host of small changes for the excellent S1000RR superbike.

New emissions and noise regulations are good news for us as BMW has managed to squeeze another 5bhp out of its naked BMW S1000R and S1000XR 'adventure sports bike', if such a thing can exist. 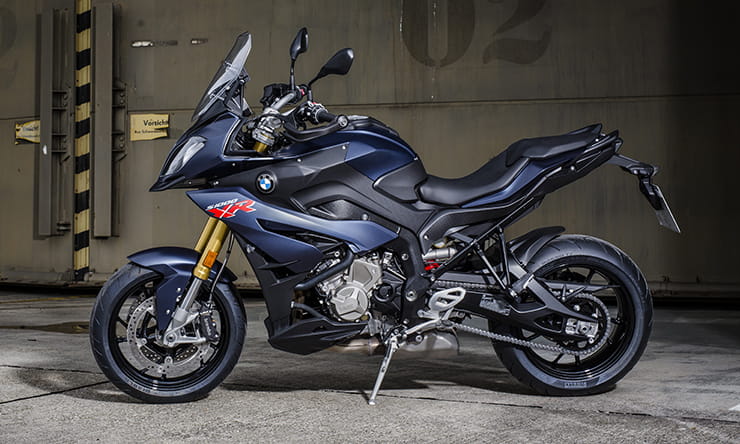 Power on the S1000R is up to 165bhp at 11,000rpm, 5bhp up on the old bike. Amazingly, the 2017 S1000R also weighs 2kg less at 205kg, thanks to a titanium rear silencer as standard, a lighter rear frame and new, lighter HP forged wheels. The firm also say the new bike actually sounds better than the old bike thanks to the new exhaust and a revised air intake. Stick that up your Euro 4 pipe, men in white coats.

Some owners complained of vibration on the S1000R, and BMW has answered this with vibration free handlebars, which we can only imagine mean they are rubber mounted in some way. The fairing has actually been redesigned to be sharper-looking, and is smaller than the current model which BMW say give the new S1000R ‘an even more athletic and dynamic appearance’.

Also available, as an option at least, is an upgrade to BMW’s Riding Modes Pro which allows riders to effectively have cornering ABS when braking hard in bends, and a launch control and pit lane speed limiter system.

As per the S1000RR, the naked R also gets BMW’s HP Shift Assistant Pro as standard for quick up shifts, and clutchless downshifts. It’s available in three new colours – BMW Motorsport, Racing Red/Blackstorm, or Catalano Grey. No prices are yet available, but like the rest of the 2017 BMW’s, it should be available in the spring. 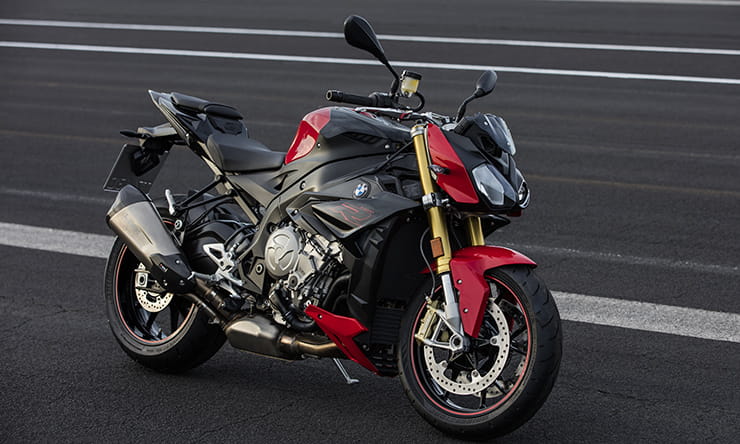 The incredibly fast and capable S1000XR can already cover ground rapidly and in comfort, but a personal bugbear of mine, as I’ve written in group tests, was the vibration at certain revs which meant that I couldn’t live with one, as much as I love the handling, attitude and speed of the bike.

BMW has cured that with vibration-free handlebars which should improve things no end. Can’t wait to get on one again.

It can carry more weight too, BMW say the payload has been increased from 434kg to 444kg to answer long distance tourers wanting to load it up like a packhorse.

New colours are available to for 2017. You can now choose from the current red or grey bike, or the new Ocean Blue metallic matt colour. 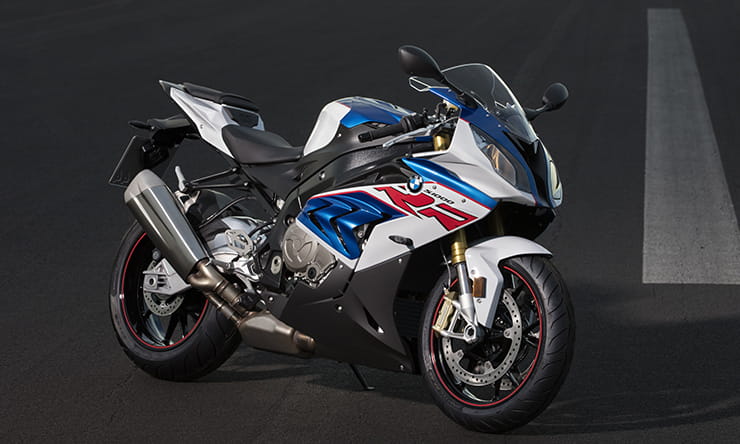 The mighty BMW S1000RR still makes a claimed 199bhp for 2017 but has been adapted to meet Euro4 regulations. The firm say that max power is the same and that maximum torque is widely spread between 9500rpm and 12,000rpm.

It still comes with the same massive array of options as before, including ABS Pro, Riding Modes Pro to give the bike a slick riding mode, and the brilliant traction-control system.

The biggest change is that BMW S1000R now comes as standard as a single-seater, but can be ordered new with a pillion seat and rear pegs if required.

A new grey and ‘blackstorm’ metallic colour scheme joins the current BMW Motorsport, and the red bike as per 2016 versions.