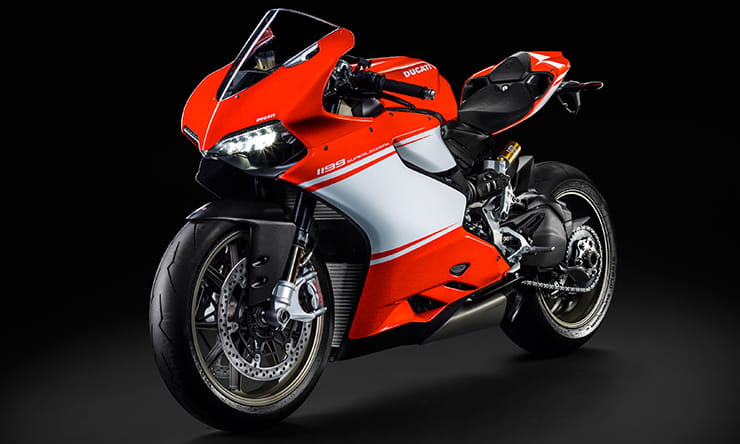 Ducati look set to introduce an ultra-exclusive, limited edition model in the vein of the road going Desmosedici and £54k Superleggera (pictured), but don’t tell anyone – it’s a secret!

Ducati has sent some of its top customers an invite to take a glimpse of the ‘Extraordinary Project’ that is the 'Quintessence of Ducati' and dubbed ‘Project 1408’ via a password protected website www.project1408.ducati.com with the warning that “the information available on the website should be considered highly confidential and should not be disclosed in any way. Disclosing the available information will be an infringement of industrial secrets and therefore a criminal and civil offence.”

Clearly we at Bike Social are law abiding citizens who would never consider committing such an act, but this is the age of the internet and a trawl around the forums gives a glimpse of what lies behind the door for those fortunate to be allowed access, although it is still pretty sketchy at this stage.

Those chosen few who have been given access and then chosen to flirt with the law suggest a 1299 Superleggera that’s dripping with carbon fibre, including the single sided swingarm, wheels and the chassis parts from which the 1299 motor hangs, although, to be fair, it would appear that the website contains no pictures of a finished bike. Ducati's invitation letter indeed confirms that the bike will have a carbon fibre frame. What is there are pictures of components designed to whet the appetite of those who are not only fortunate enough to have a sufficiently large bank balance, but who have also been personally selected and invited by the factory to be eligible to purchase one.

Whatever it is, it ain't going to be cheap. Ducati has a track record of building utterly gorgeous limited edition bikes for its wealthiest and most loyal customers, as well as being masters of creating a buzz around their hero products. With no shortage of buyers for super exclusive metal like Honda's £138,000 road going RC213V-S, it seems like the there's most definitely a market for bikes like 'Project 1408' and the premium version of Norton's upcoming V4, which promises to be a snip at a mere £45,000.

We invited Ducati to comment on Project 1408 but they have declined.

We expect the bike to be launched at EICMA next month and we'll bring you more as we get it.