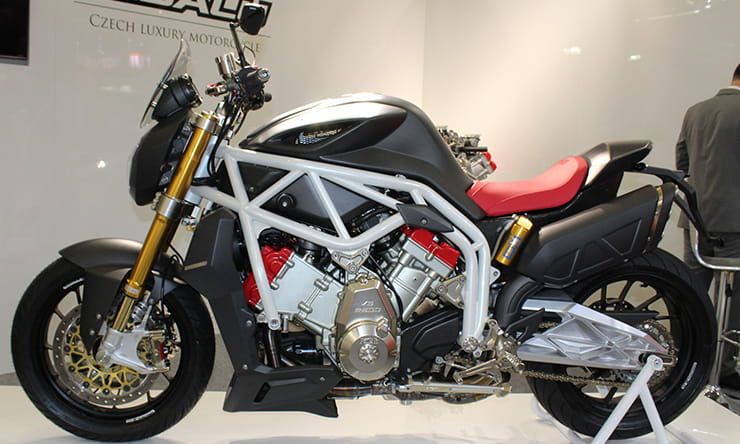 It’s not just the mainstream manufacturers that are showcasing their wares at the Intermot show in Cologne.

There are a number of boutique manufacturers at the show, with the Czech FGR company displaying its built-to-order MIDALU V6 muscle bike.

The company is displaying a complete bike at the show, which is powered by an in house 2442cc V6, and they have ambitious plans to go on sale in 2018.

The MIDALU features a steel trellis frame that’s not dissimilar to the one found on Ariel’s excellent Honda V4 powered Ace and the whole thing is dripping with carbon fibre and top end parts, with suspension from Ohlins and top-spec brakes from Brembo. Despite the extensive use of lightweight materials, it’s hardly surprising that the big V6 is no featherweight. FGR claim that the MIDALU weighs in at 262kg without liquids.

Unsurprisingly, full details of this work in progress are somewhat sketchy, however the company claims that the prototype shown is fully operational and is set to go into final testing next year. All bikes will be hand built to order, with clients who are wealthy enough to purchase one able to spec various parts to their choice, including the seat shape and colour. The factory says that it will also tailor each bike to the buyer’s size, weight and riding preferences.

No power output is given just now, but FGR says its bike will be ‘among the most powerful in the world’ – likewise there are no news on the price, but lets just say that it won’t be cheap when, or if, it goes into production.

FGR will be hoping to have more success than German brand Horex, who have struggled to sell bikes and stay afloat since the company was relaunched in 2010. The company, which does not currently have a distributor in the UK, launched the latest variation of its 1200cc V6 platform at the show, a classically styled version of its £40,000+ VR6 (pictured below). 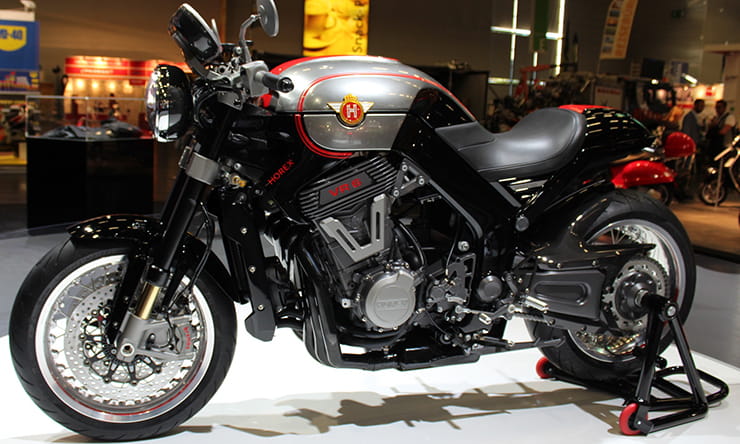