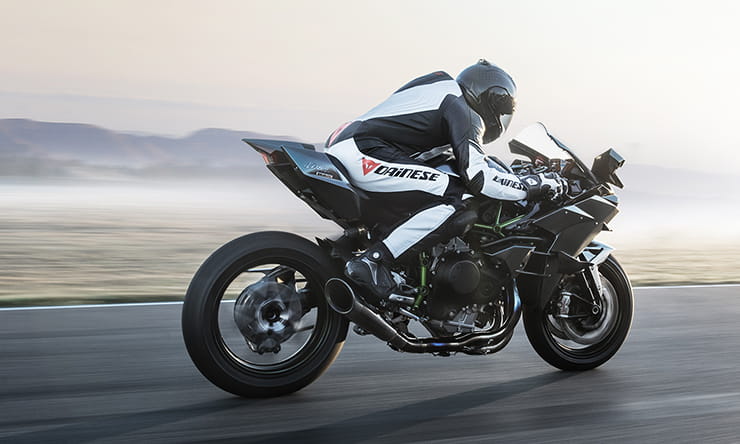 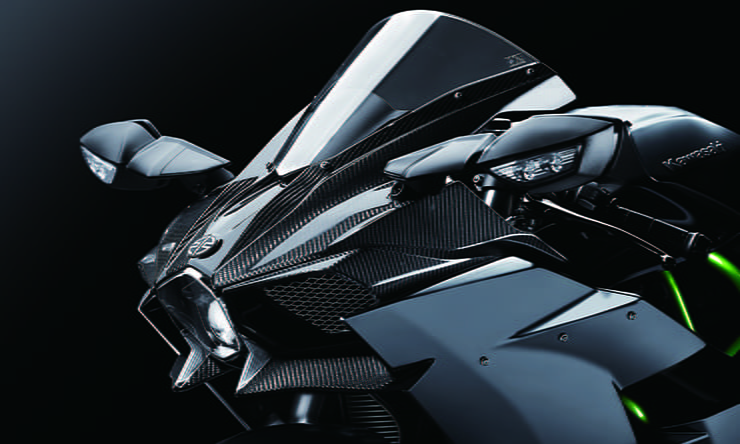 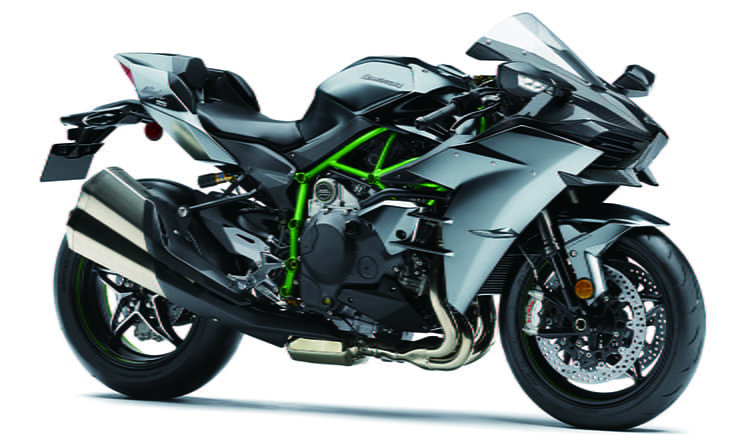 Kawasaki has updated its monstrous 200bhp Ninja H2 with a new carbon-fibre model for 2017, and only 120 will be built. There’s new paint for the track-only 300bhp Ninja H2R too.

The supercharged road bike H2 features new carbon-fibre bodywork mimicking the more expensive and ultra-rare 300bhp+ Kawasaki Ninja H2R which comes with a carbon-fibre fairing. The bikes will be painted in a special mate silver mirror paint finish, the same as the paint used on the new 2017 Ninja H2R.

Each Ninja H2 Carbon model will come with an individually numbered serial number stamped into the supercharger plate on the right side of the engine.

The Ninja H2 also gets a tweaked exhaust system to meet Euro 4 emission and a new Ohlins TTX rear shock to improve handling and deliver a stiffer ride. One criticism of the standard H2 was the feeling from the rear shock when we’ve group tested the bike on track.

New Brembo brake and levers feature holes to stop the levers being pulled by the wind when on a track at high-speed. There’s also the addition of a new Bosch Inertial Measurement Unit which offers improved ABS, traction control and wheelie control systems as well as offering cornering ABS on the H2 for the first time.

Kawasaki are also making available a carbon-fibre upper fairing cowl to fit to 2015/2016 Ninja H2s as an accessory from Kawasaki dealers.

For 2017, the Ninja H2R get a new variation of the silver matt paint over the carbon-fibre bodywork.