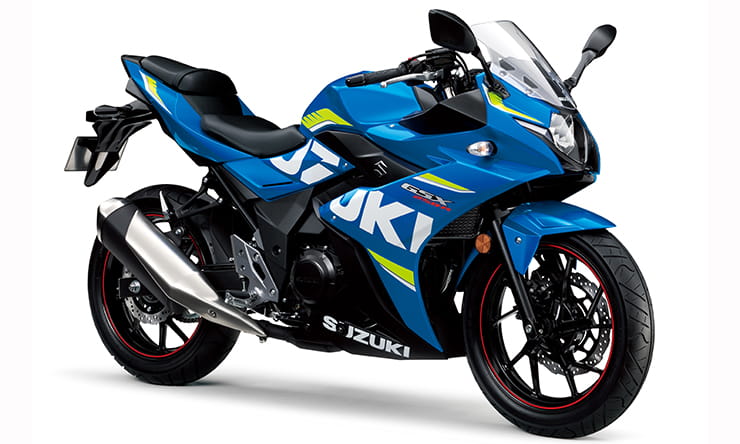 Suzuki have yet again staked their claim in the small sports bike market for 2017 with the release of their GSX250R - a Euro4 friendly, fully faired, urban street bike.

Compared to the unfaired Inazuma model, upon which its based, the new GSX250R has a much sportier look with some neat modern touches, including a multi-function, reverse-lit LCD instrument panel. Other cool styling additions include clip-on handlebars, 10-spoke wheels and LED tail lights.

Suzuki say that the GSX250R will be class-leading in terms of fuel economy, with its lightweight engine putting out a claimed 18.4kW (24.7bhp) at 8,000rpm. So with a full tank of fuel the engine could achieve a riding range of almost 300 miles to a tank.

Following the release of the Suzuki GSX-R125 in Cologne last month, as well as the GSX-S125 and V-Strom 250 also announced today, the Japanese company have shown further intent in Milan that they mean business in this highly competitive lightweight sports bike sector - news which can only mean great things for current or budding A2 licence holders.