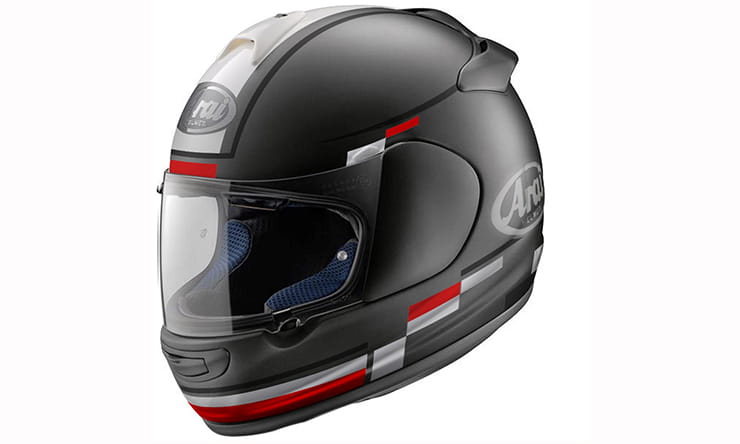 Arai is introducing two new helmets for 2017, the Axces-3 and Chaser-X, and says that they will be in stores from spring 2017.

The Axces-3 (above) is the company’s new entry-level full-face offering and features a new shell based on that of the outgoing mid-range Chaser-V model, sharing that helmet’s front and rear air ducts and coming equipped with what Arai calls its ‘Max Vision shield’ – the same visor used on the range topping RX-7GP.

The new model replaces the current Axces-2, with Arai claiming that the ventilation and visor systems are much improved, but that the price range remains broadly the same. That means you can expect to pay between £300-£380 depending on colour. Four plain colours are available (gloss and matt versions of black and white) with a range of race style graphic options.

The Japanese manufacturer has also updated its mid-market Chaser, creating the new Chaser-X (below).

The Chaser-X’s shell uses Arai’s new variable axis system technology. This gives the helmet a larger and smoother upper shell area, which is claimed to greatly improve the ‘glancing off’ performance – dispersing the energy generated in the crash rather than sending it directly to the wearer’s head.

Arai have given the Chaser-X a new ventilation system with a single intake duct derived from the RX-7V, it also features a Pinlock-equipped Max Vision visor and comes with removable lining. No word on the Chaser-X's pricing, but expect prices from around £380 for the plain coloured option and around £450 for those featuring graphics. 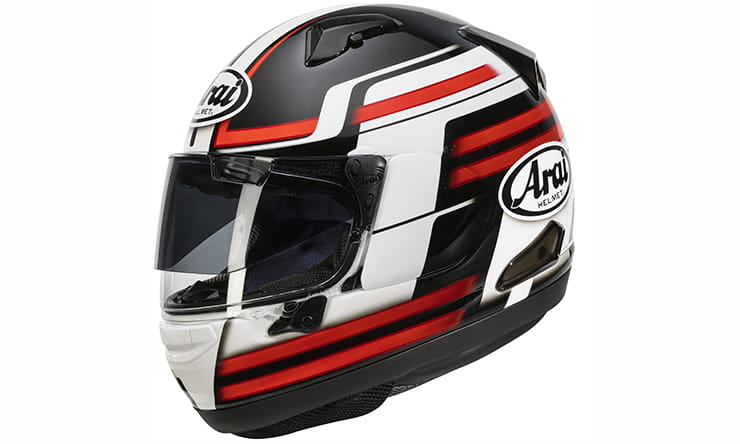