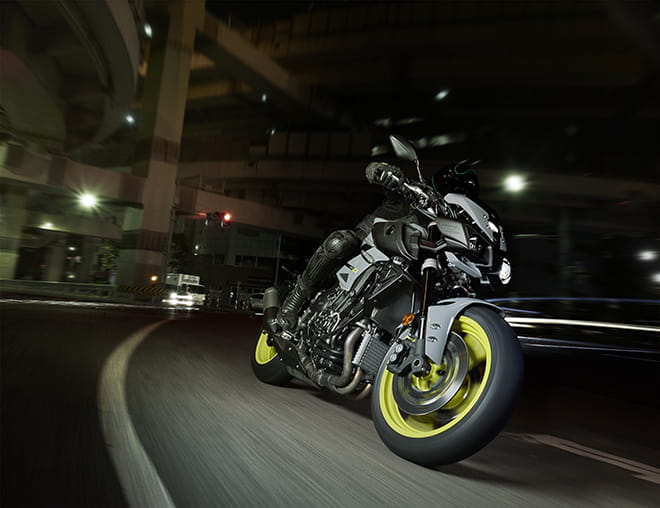 Yamaha’s R1 was one of my favourite bikes of last year. A beautiful chassis, a rev-hungry barking off beat Crossplane crank motor, and styling that made it stand out from any R1 before it, and any sports bike before it to come to think of it.

Jump to 2016 and Yamaha has essentially stripped down an R1, knocked the power down to 158.3bhp, given it slightly less advanced (but still Grade A) electronics, and the Gods in Yamaha’s design team have blessed it the maddest styling seen on a motorcycle since the Bimota Mantra in the nineties (Google it), or maybe the BMW K1200R - itself a good bike.

Unlike the Bimota though, this bike actually works. In fact, I apologise to Yamaha for even relating it to that hideous Italian monstrosity, but I struggle to remember a bike that looked this mad when parked. Prices start at just £9999 too.

Those LED headlights give it a face. If it started transforming and ran off down the road by itself I wouldn’t be surprised.

The chassis has been tweaked to make it more suitable in its naked guise with an upright riding position, a long swingarm to make it more stable, and tweaks to make it well, less stiff than the demands required on a full-blown 200bhp superbike.

Despite rumours to the contrary, the engine is not the same as the R1-S which is on sale in America. This motor has different character again, is tuned for midrange and sits somewhere in the middle of the UK-spec R1 and the USA-spec R1-S. But the crankcases start out at the same place with the glorious Criossplane crank engine. But in this version it makes 158.3bhp and strong low to mid-range torque. You still get riding modes, there’s a less advanced (than the R1's system) 3-stage traction-control system, and even cruise control. But the electronics are spot-on and you never go wanting.

Bike Social’s Marc Potter has been riding it in Spain today. He said: “80 miles in and you can already tell that the MT-10 is a great bike. It blends incredible midrange grunt and bags of power with total practicality too. It's comfortable, incredibly fast and handles perfectly.

But it's all about that motor. Last night I thought that was 160bhp enough? Well, I'm a fool. It's more than enough, more than enough to pick the wheel up in third and fourth gear in fact! But if that's nut your bag then it's perfectly delightful at low speeds too." 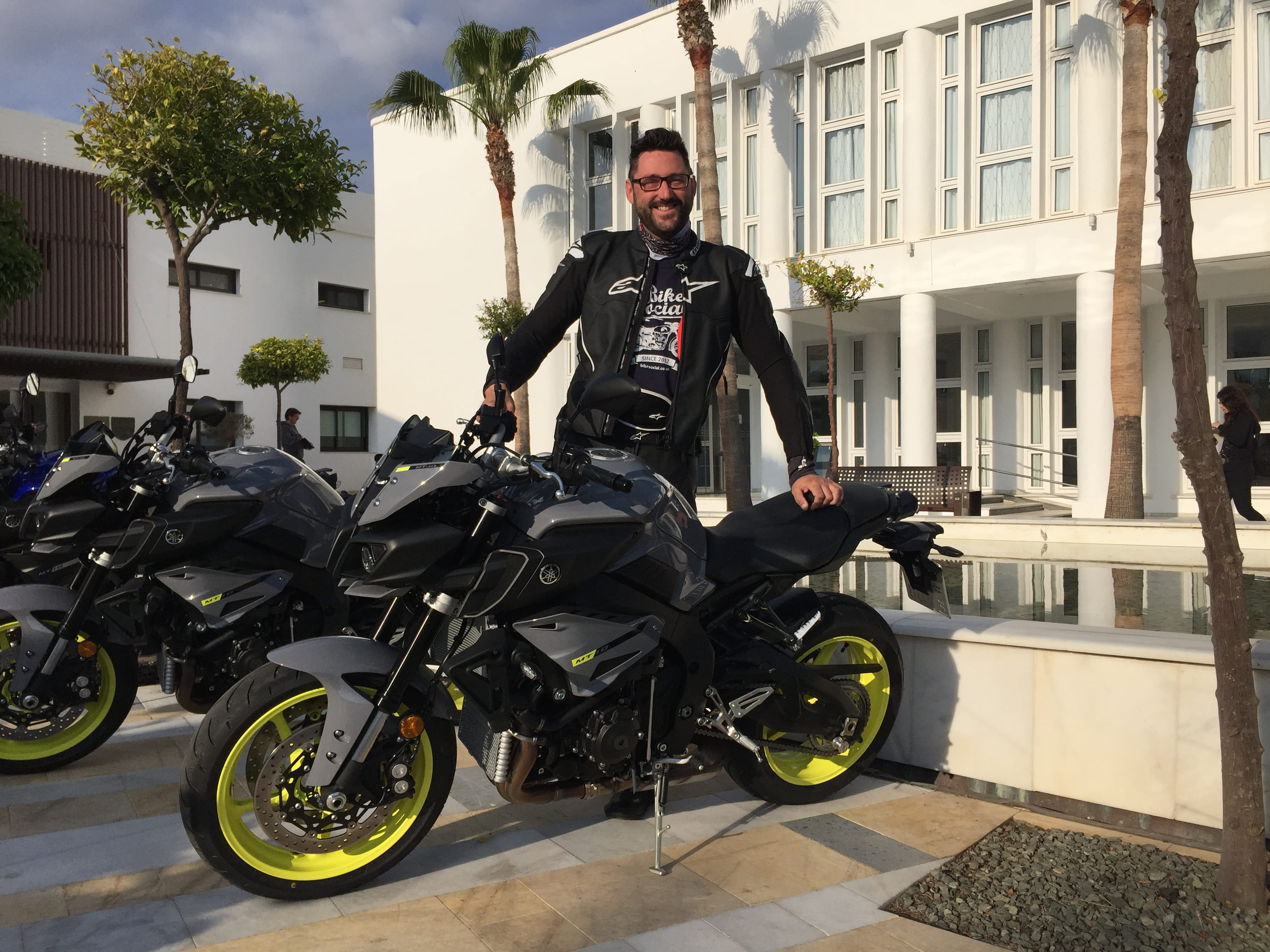