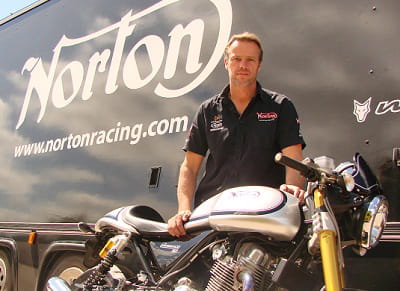 Stories in the Indian press, including The Free Press Journal, suggest Mahindra – one of the biggest automotive firms in the world – is eyeing up Norton and BSA. Mahindra already owns Korean car firm Ssanyong Motor and French scooter manufacturer Peugeot.

Reports suggest representatives from Norton have already had meetings and a deal could be done and announced within six months.

It’s popular for massive Indian conglomerates to buy famous British brands. Royal Enfield is also Indian owned but the R&D team is based in the UK.

Norton recently received multi-million pound Government backing to develop a new V4-based engine platform and work is progressing at high speed to launch an all-new 200bhp V4 sports bike. Our insiders say a smaller new bike is also believed to be in the pipeline and a move towards a new engine platform would secure the value of Norton for future years. The company currently makes around 1000 bikes a year all based on the parallel twin 961 engine platform.

Though he didn’t deny an approach, Garner did confirm that Norton is not for sale.

Speaking exclusively to Bike Social, Norton CEO Stuart Garner confirmed there would be no Indian takeaway.

He said: “I’m NOT a seller. It’s nice to get the attention and shows how well the brand is thought of. It’s credit to all at Norton and how far we have brought the brand along. We’ve made long term investments in our infrastructure, the BMMA (British Motorcycle Manufacturer Academy) and new V4 engine platform.  This shows my personal commitment in the brand and our team.”

He added: “We will continue to make hand built British motorcycles here at Donington Hall.” 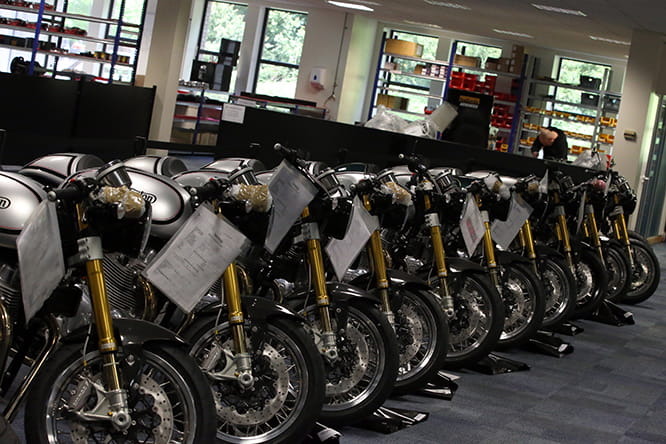