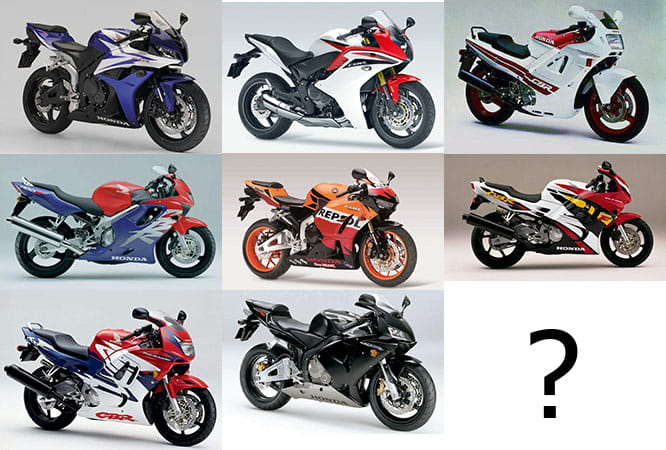 While new bike sales figures have long since shown that we’re not buying as many 600cc machines as we used to, they tell only a fraction of the story in terms of what we’re actually riding.

Why? Because the vast majority of bike sales are on the second-hand market. During 2015 around 125,000 new bikes were sold but 485,500 changed hands on the used market. That’s nearly four second-hand sales for every new bike.

The average bike on Britain’s roads in 2015 was 13.7 years old, and by that stage they’re typically on their third or fourth owner. So while new bike sales figures are a barometer as to what’s popular, it’s by no means the full story. What really matters is the overall market, and the clearest guide there is the sheer volume of particular models on the road.

For years the single most common bike on Britain’s roads, when all its derivatives are included, has been Honda’s CBR600. In production since 1987 and with many generations since, it was a best-seller for many years and its longevity meant that even after sales of new 600s started falling away, it remained unchallenged as the most popular bike in the country in terms of ownership.

But newly-released government registration and licencing figures show that it’s finally been knocked off its habitual perch. The king is dead, long live the new king: BMW’s R1200GS.

It’s astounding, really. The R1200GS didn’t even exist 13.7 years ago when the ‘average’ bike was sold, and its predecessors – the R1150GS, R1100GS and earlier models right back to the R80 G/S – sold in tiny numbers. And yet since the 1170cc version was launched for the 2004 model year, a combination of rocketing sales and impressive longevity means that it’s now the single most common bike to be found on British roads.

Such is the speed of the GS’s growth in the pool of bikes on British roads, even when we combine figures for every conceivable CBR600 – the F, the RR and even the new CBR650F – the total number of licenced machines now falls short of the equivalent figure for the R1200GS.

How many bikes are we talking about? Well, looking at the number of taxed (and therefore MOT’d and insured) bikes – the ones actually in use – the GS hit a peak last summer. In the third quarter of 2015, there were some 18,451 BMW R-GS bikes of all types in use in Great Britain, with post-2004 R1200GSes making up the lion’s share. The equivalent figure for CBR600s, including the CBR650F and the CBR600RR as well as the original CBR600F, was 17,634.

More importantly, the CBR figure is dropping; the number of old CBRs are being scrapped, crashed or SORN’d each year is now higher than the number of new models being sold. For The BMW GS, the reverse is true. It’s been established as the best-selling new model on the market for several years and the erosion rate of older bikes is relatively slow, so the number of them on the road is increasing rapidly, effectively starting at zero in 2004 and following an unflinching upward trajectory ever since.

Despite the large number out there, attrition isn’t severe. Between 2004 and 2015 the number of R1200GSes on the road has increased by an average of 1347 per year. Over the same period, BMW has typically sold around 2175 new ones per annum. Around 1400 disappeared from the roads in 2015, presumably written off, scrapped or simply SORN’d. That represents only 9% of the bikes out there – not bad given that the oldest have been in use for a dozen years. New GS sales in the same period were equivalent to 18% of the total number of bikes on the road the previous year, double the rate of attrition. 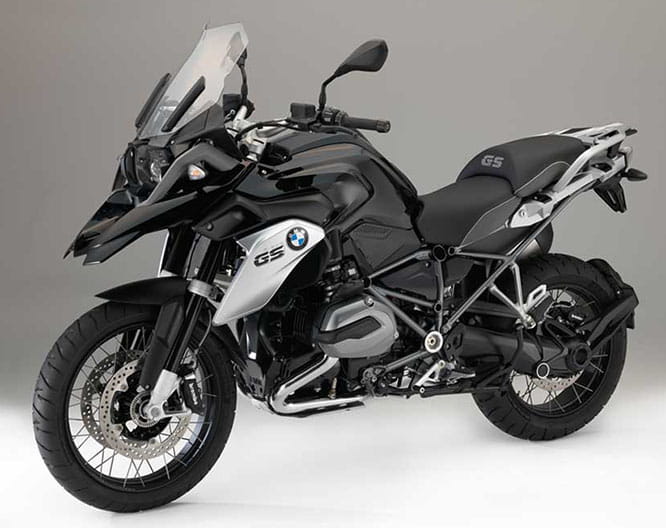 What else is popular? 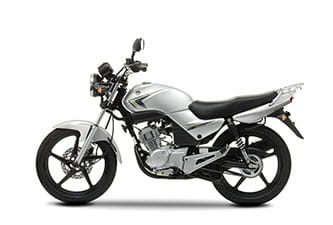 While the R1200GS and the old CBR600 are at the top of the list overall when it comes to the most common bikes on the road, they don’t have a massive margin over the next-most-popular machines.

When all versions are combined, the Honda Fireblade is the next machine in terms of out-and-out popularity, with 14,480 on the UK’s roads at the end of 2015.

New bike sale figures will tell you that machines like the Yamaha MT-09 and MT-07 are among the most popular out there, the wider picture incorporating second-hand bikes reveals a less obvious Yamahas make up a big chunk of the bikes on the road. It’s that learner favourite, the YBR125 (pictured right). At the latest count there are some 14,225 of them in use. Their attrition rate is high; despite selling around 1500 to 2000 per year, the overall number on the road has been fairly constant for the last few years, so just as many are being crashed or scrapped, as are being sold.

If YBRs don’t last long, the opposite is true of the next-most-common bike on the road, Triumph’s Bonneville. Some have been out there since the 1950s, and in total there were some 13,583 in use at the last count.

Honda’s VFR800, and its predecessor the VFR750, is the next on the list, with 11,510 out there if the VFR800X Crossrunner is included. It’s followed by another Yamaha, the Fazer 600/FZ6. In all its derivatives, the latest figures show that some 11,407 are licenced for use, putting it just a nose ahead of Yamaha’s R1, on 11,403. Given that the Fazer is now gone from the firm’s range it’s certain to be overtaken by the R1 by the time the next set of figures is released.