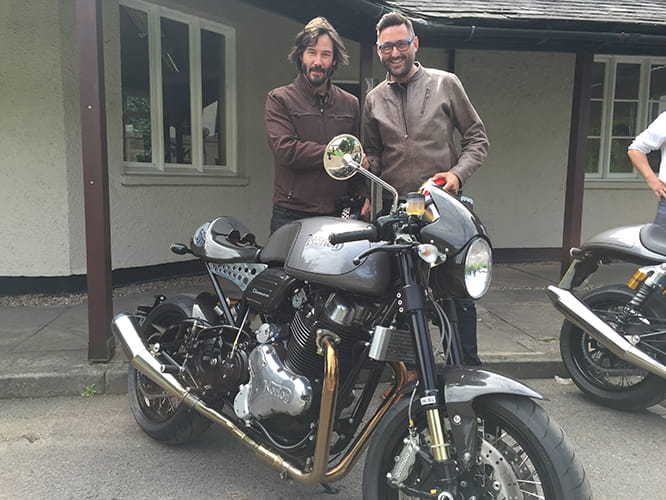 It’s not everyday an A-list Hollywood celebrity drops in to an East Midlands motorcycle factory, but then it’s not every Hollywood movie star who’s a massive fan of Norton!

Keanu Reeves, 51, star of movies like The Matrix, Speed, Bill & Ted’s Excellent Adventure and Point Break, dropped in at Norton motorcycles at Castle Donington yesterday, and Bike Social’s Marc Potter was there.

Reeves is a massive, genuine motorcycle fan, totally up on the Isle of Man TT, knew all about Hutchy’s wins, Dunlop’s success and the main man John McGuinness. When he was shown the 240bhp V4-powered SG5 TT race bike he couldn't contain his excitement!

He owns three old Nortons himself and travels almost exclusively by bike. 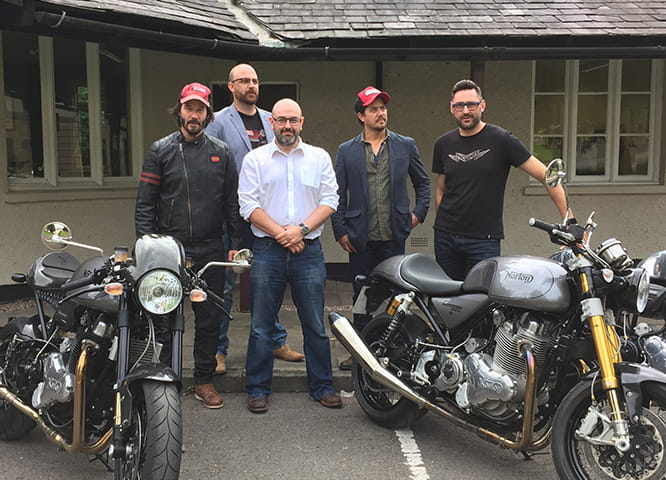 Norton’s Simon Skinner, who showed the guys around the Norton Factory said: “He’s clearly a massive motorcycle fan and one of the boys, he just came over because of his love of bikes and that’s what we’re all about at Norton.”

Bike Social’s Marc Potter said: “You can tell straight away by the questions Keanu was asking that he’s a massive motorcycle fan, and as interested in the TT and bikes as anyone I’ve ever met. He was peaking when we looked at the Norton SG5 TT bike that finished seventh in the Superbike TT. The man can ride too - taking a ride on a couple of Nortons with him on the leafy lanes near Castle Donington was pretty cool.” 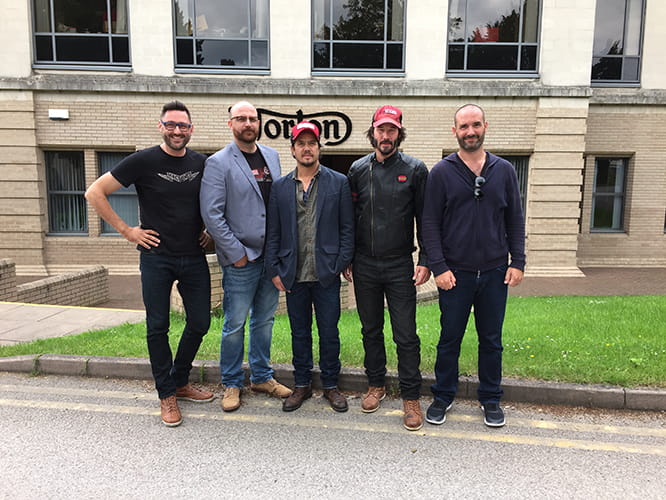