Six cool pics and videos from the 2016 Dakar Rally

The Dakar rally may not be as big as it once was when fought across the legendary Paris-Dakar route but it’s still one of the most gruelling races on earth.

Covering over 7,000 miles of South America’s most challenging terrain with riders mainly left to fend for themselves across the 13 stage rally raid, the Dakar is one of the most ultimate challenges for both man and machine.

KTM’s Toby Price currently leads by just half an hour after ten stages in just his second Dakar attempt. 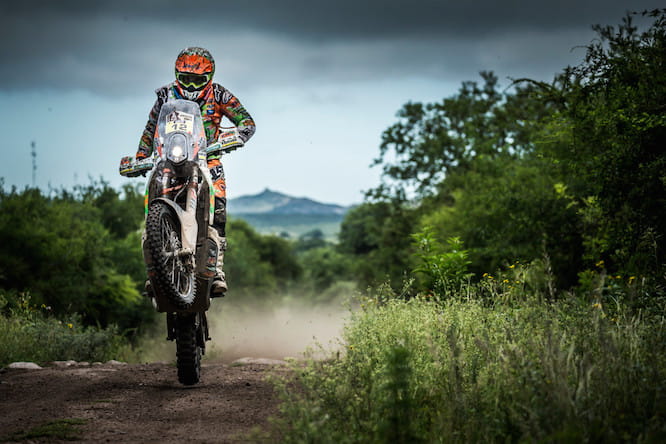 Meet one of the fastest women in the world. KTM’s Laia Sanz has shown she’s more than capable of mixing it up with the fastest men in the Dakar but that’s not why she’s hit headlines this year.

Upon coming across a stricken, unconscious competitor, Sanz sacrificed her own race to see the injured rider received the urgent medical attention he needed. She lost a significant 35 minutes for an act of kindness rarely seen in any other form of racing. Fortunately, Dakar organisers saw it fit to give her the lost time back meaning she still salvaged 14th in the stage.

It all went wrong for Honda’s leading man Joan Barreda in stage six as his CRF450 developed a mysterious technical problem. Fortunately for him, team-mate Paolo Ceci found him and towed him back to base so they could both salvage a result. 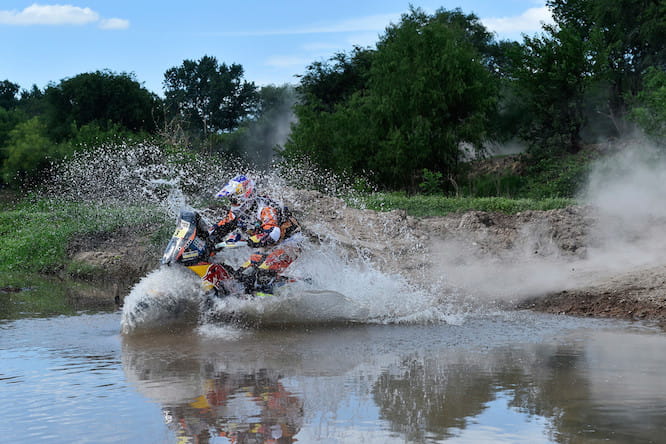 Not only have riders had to deal with the challenging terrains, freak storms have also caused issues during this year’s race. The first stage was cancelled due to the bad weather with stage two cut short in fear of rider safety.

We already know bike racers are hard mother******s, but Dakar riders take it to the next level. Navigating your way across 500+ miles of the world’s most challenging landscapes per day must be tough on the body, but when your bike throws you off at close to top speed it’s gonna hurt.

That’s exactly what happened to Honda’s Paolo Goncalves, whose CRF450 rally shot him to the moon close to the end of Stage 8.

It didn’t stop the Portuguese rider though, he re-mounted his crashed machine and still finished the stage in second place despite his navigational computer being smashed to bits. 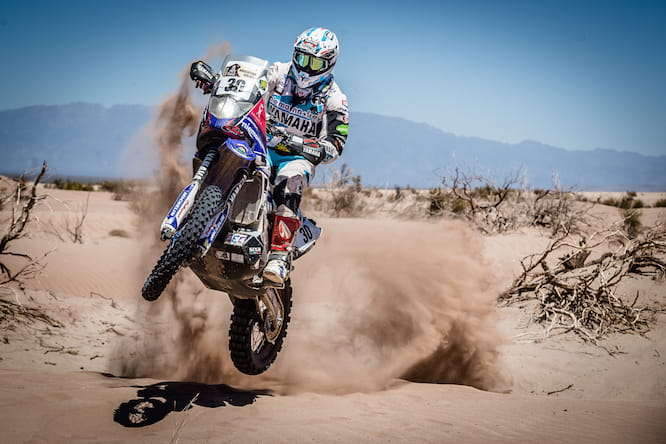 Yamaha’s Adrien van Beveren shows the riders know exactly where the cameras are. 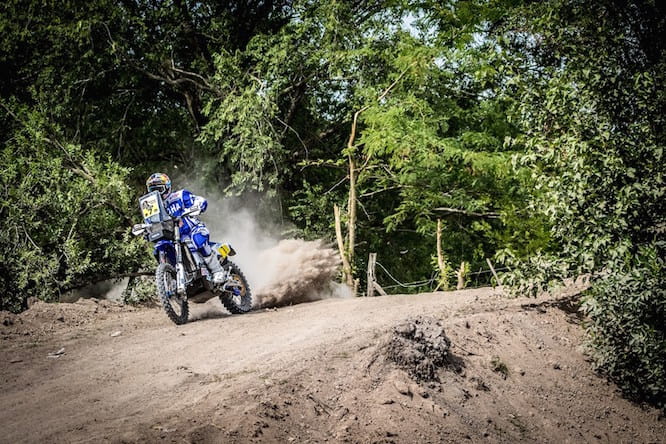 It’s not been the best of Dakar’s so far for Yamaha with lead man Helder Rodrigues currently lying in seventh place, 50 minutes behind Price. However, with four stages remaining. Anything can happen. He might not be in contention for the win, but he’s still looking pretty awesome!