BMW look to the future with heads-up display helmet 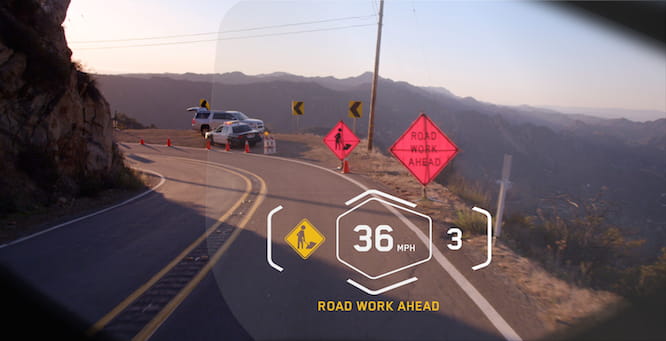 BMW Motorrad will display a head-up display helmet at the Consumer Electronics Show in Las Vegas later this week.

Currently a concept, the BMW head-up display projects necessary or desirable traffic or vehicle information directly into the rider’s field of view, allowing them to maintain constant observation of the road ahead, minimising distraction.

BMW became the first European automobile manufacturer to introduce a head-up display in vehicles in 2003 but the firm now believes such technology is more important with motorcycles than cars given the increased risk of riding on two wheels.

With the eventual plan to install the technology directly onto the bike, BMW have first fitted the innovative head-up display function to a BMW Motorrad helmet. This means the rider no longer has to glance at the instrument panel and is able to concentrate fully without distraction.

All displays are programmable and only information considered helpful and relevant to the current situation will be displayed at any given moment.

The display options comprise safety-relevant information, for instance data relating to the technical status of the motorcycle, such as tyre pressure, oil level and fuel level, travel speed and selected gear, speed limit and road sign recognition, plus warnings of impending dangers. 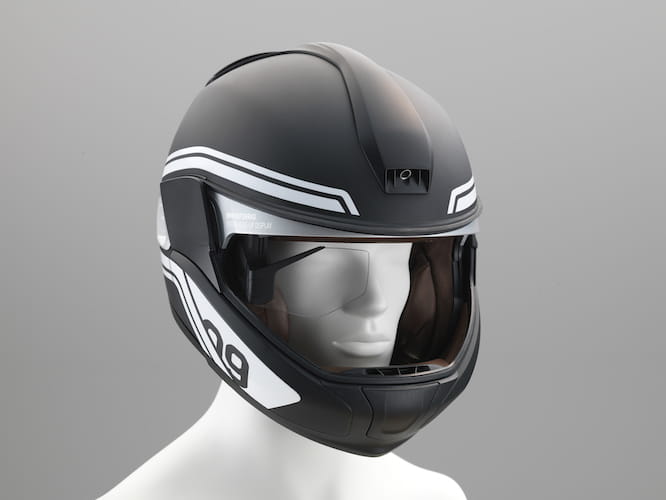 Still in development, the product could later feature innovative vehicle-to-vehicle communication enabling the system to warn of upcoming hazards and more.

The model shown is also fitted with an integrated mini-computer, loudspeakers and will be controlled from the left-hand handlebar fittings using a multicontroller allowing a rider to choose the information they require.

Interestingly, the technology used can be integrated in existing helmets without affecting either comfort or safety. The plan is to put such technology into mass production in ‘two to three years’ time’.

The German marque is also exhibiting a K 1600 GTL model with new laser light at the show, thought to be the next step from LED lights first used by BMW several years ago. Such technology is already available in some of BMW’s high-spec cars (including the 7 series and i8) and can achieve a high-beam range of up to 600 metres.

While it’s thought such technology is too cost-intensive for motorcycles at the moment, its wider use in the automobile world will inevitably bring costs down allowing it to filter through but BMW describe plans as ‘medium term’.