Bikes set to be charged to park at Matlock Bath 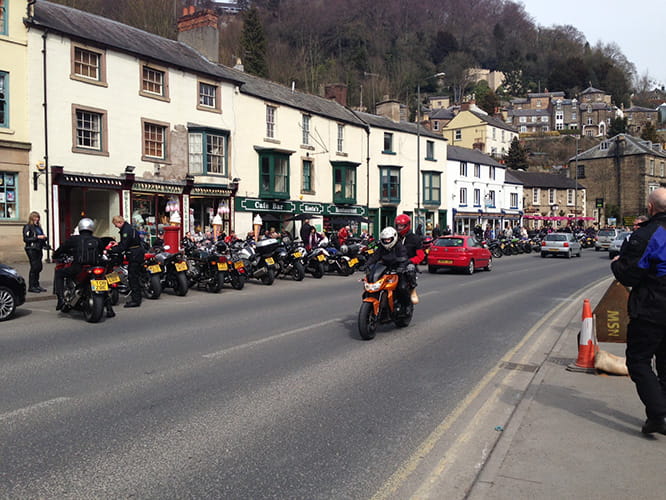 One of the UK's most popular bike meets is under threat after Derbyshire County Council are attempting to impose on-street parking fees in Matlock Bath.

The proposal is based on charging 50p per hour for a maximum of two hours for motorcycles parked along North and South Parade in the popular Derbyshire Dales town.

A council spokesman even said it will "help to increase visitor numbers”.

Matlock Bath is a haven for up to 3,000 bikers every Sunday during the warmer months, many of whom make a purposeful trip to enjoy the social atmosphere and to support the local businesses which in turn boost the economy. Such is its synonymy with motorcycle-tourism the town has developed over the years accordingly, with pubs, chippies, cafes and bike-related shops all benefitting.

We spoke to an employee at The Fishpond Pub, situated on South Parade, Matlock, who said “It could affect business and we feel the bikes have been here for a long time and it’s part of the attraction of coming to Matlock. People, even non-riders, come and expect to see the bikes. They bring a lot of business, its always packed during the summer so of course we’re going to loose trade.”

Another business, who wished to remain anonymous, said they were scared that the parking charges would result in them being forced to close.

An online petition against the proposals has already seen more than 7,500 signatures of support.

It was set up by John Hopkin of Somercotes, who said, “I go down Matlock Bath a lot these days and sit watching the young kids coming past looking at the bikes and seeing there faces light up just like mine must have done all them years back. I am now in a motorcycle club and I know that if the council start charging for bikes to park they will stop coming and go else where. A lot of people only come to see the bikes, so if they stopped coming it would kill the trade and Matlock would become a ghost town.” (Source: thestar.co.uk)

Among the many social media posts from those who have made their feelings about these proposals clear, are details of an organised ‘Save Matlock Bath Ride’ due to take place on Sunday 6th March. Click here for the Facebook Group.

On the BBC East Midlands Facebook page, riders and supporters are up in arms over the proposals. Many of the 171 comments agree with Wendy Metcalfe who said, “Matlock Bath would be dead without the bikers drawing in the crowds”.

While Adrian Boole said, “Matlock needs the bikers and there should be no charge.”

And Robert Bland is quoted as saying, “I think this is a greedy move. Local businesses will lose a lot if bikers get stung for parking and rebel.” 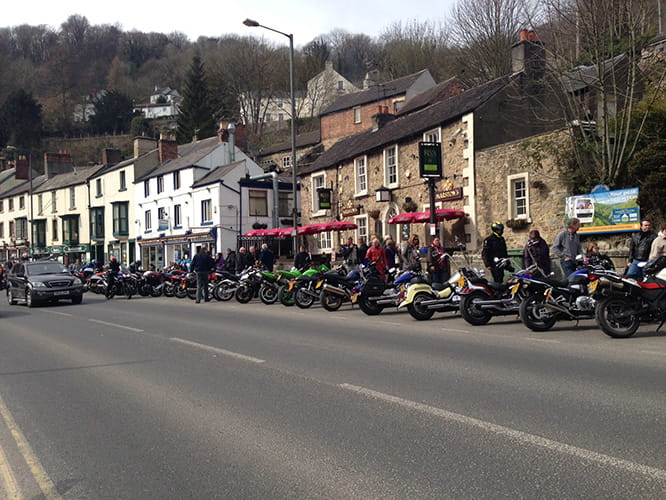 Meanwhile, the official line from the Derbyshire County Council is, “We’re consulting businesses and members of the public on proposals to introduce on-street parking charges on parts of Dale Road, North Parade and South Parade in Matlock Bath.

“We are proposing to charge for parking for up to two hours on North Parade and South Parade, at the moment vehicles can only stay for one hour. Visitors on motorbikes are an important part of the Matlock Bath economy, under the proposals they can park for longer and we are proposing that they pay 50p an hour.

“We feel that introducing pay and display parking in Matlock Bath will help to increase visitor numbers to the village which will in turn help the local traders. At the moment you can only park for an hour on Dale Road, which does not give people much time to walk back into the village. We think opening up this parking to four hours will help people to stay for longer, and hopefully spend more with the local traders.”

Consultation on the proposal is open until 21st January 2016.

How do you feel about the proposed parking charges?  or !