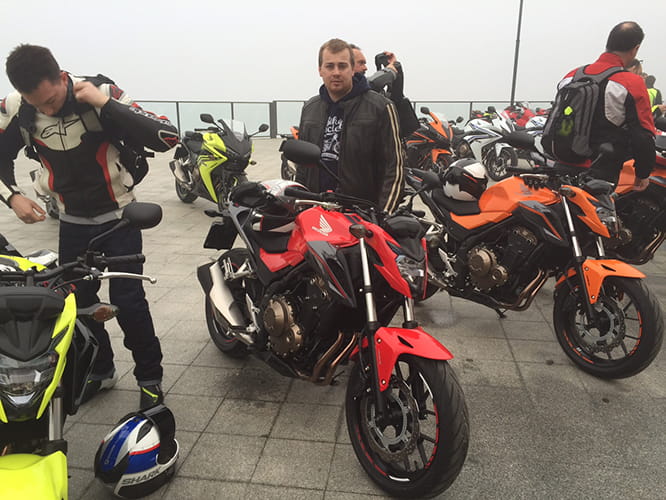 When Honda introduced its all-new 500cc range in 2013, new riders looking to take the next step in their two-wheeled story were provided with a sensible step up from 125cc that wasn’t a 120bhp+ 600.

For 2016, Honda has announced a whole host of upgrades to all three 500 models with brand new looks to bring each version inline with their larger capacity siblings plus a number of other modifications to give all three bikes a more premium feel despite the reasonable sub-£6,000 price tag. 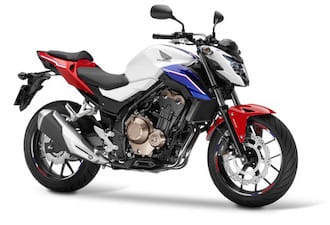 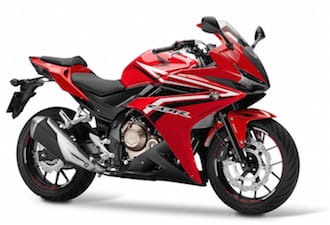 All three models get a larger fuel tank to increase overall range, with the R and F editions up to 16.7 litres and X up to 17.5. Detail improvements including a hinged fuel cap, adjustable brake levers, re-designed seat and LED head and taillights help to move away from the budget feel of the older model.

We were invited to the world launch of the CBR500R and CB500F to try the updated models for the first time. After a morning on the bikes, here’s what our man has to say so far after riding the CB500F.

“As soon as you take a closer look at the updated CB500F you can see the extent of the aesthetic changes. Everything is more angular, more aggressive looking. From the redesigned front to the stylish new tail.

We've spent about an hour riding the F so far, first on the fast flowing Spanish equivalent of an A-road before beginning the incline up the hills on to the tight corners.

On tickover you can already hear the crisp new note of the redesigned muffler.

To ride, the new throttle response makes for an even smoother power delivery. It'll cruise on the open road at a decent speed and has that little bit extra for an overtake.

Gear changes are much smoother than the old model, changing both up and down is almost effortless.

The new raspy exhaust note rings with the sound of the 471cc parallel twin, much improved from the older model which didn't sound too dissimilar to a muffled trouser cough when on standard cans.  It feels very different to the old bike.

In the bends, the upright riding position and bars allow you to throw it into turns and the Dunlop tyres give plenty of confidence to get it cranked over.

We'll be taking the £5099 F-model further up the Spanish hills to test its ability further before switching to the £5599 CBR500R this afternoon." 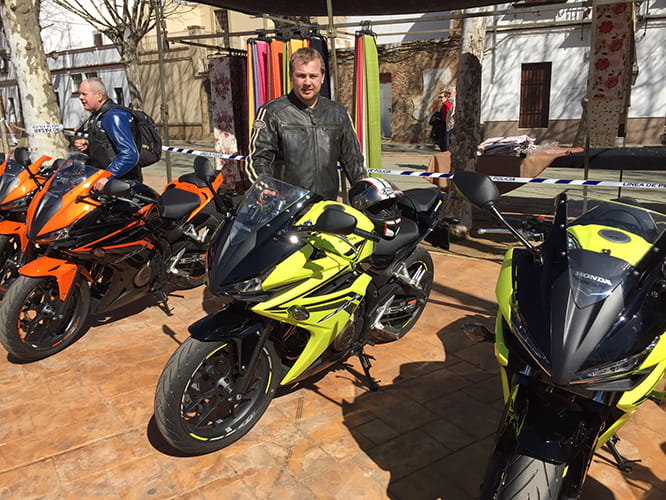 UPDATE LIVE FROM THE LAUNCH:

We’ve just ridden the CBR500R on a mixture of roads. Here’s our first impressions:

“It's a similar story with the CBR500R. The sharper and more angular fairing gives it that aggressive look. A completely redesigned front fairing gives the R a mean sporty look, making it what I believe is the most modern looking sports bike Honda produce.

Compared to the CB500F, the clip-on style bars offer a more sporty riding position, moving the rider further forwards to give a more at one feel with the bike as you glide through turns.

Considering how similar the two bikes are, the distinction when riding really stands out. These are two very different models.

We've spent about 20km on fast, flowing hillside roads and the more sporty position hasn't become uncomfortable yet. While the clip on bars change your riding position, they are also raised slightly to hit the middle ground between being fully crouched over the front end and a more comfortable upright style.” 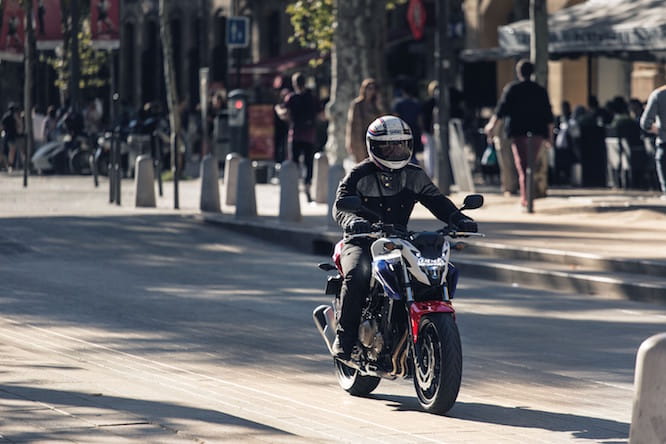 Check back for the full review and proper action pics of Bike Social's tester later!