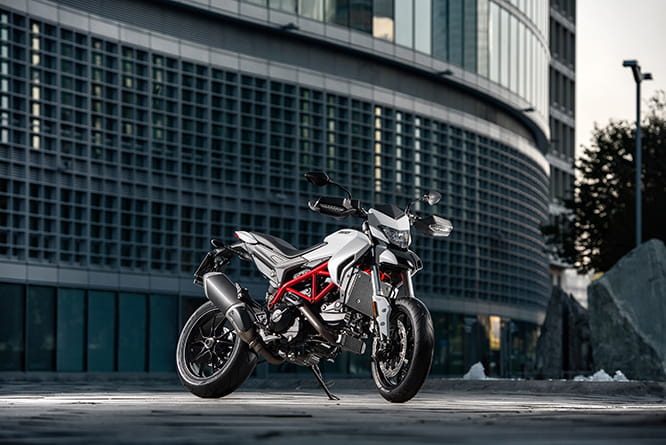 Ducati's Hypermotard 939 has grown into three new models with a bigger 937cc oil-cooled motor (up from 820cc), riding modes and a host of tweaks to make the Hypermotard one of the biggest giggles you'll ever get to ride. 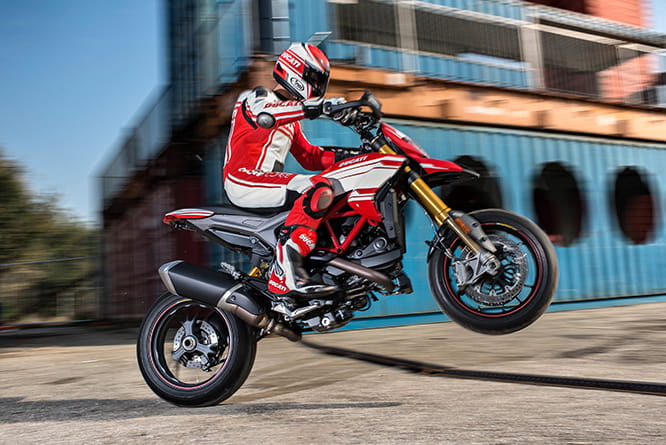 Weighing in at a lightweight 187kg dry and making some claimed 113bhp, the Hypermotard just got even more fun to ride. There's an SP weighing in at 181kg dry with trick Ohlins suspension and a claimed 47.5 degree lean angle capability too. And if you want something a bit more practical than the single-minded Hypermotard, then there's always the more touring-inspired Hyperstrada with a touring screen, touring seat, a centrestand and remote preload adjustable suspension.

After a few miles on the Hypermotard 939, here are Marc Potter's first impressions: 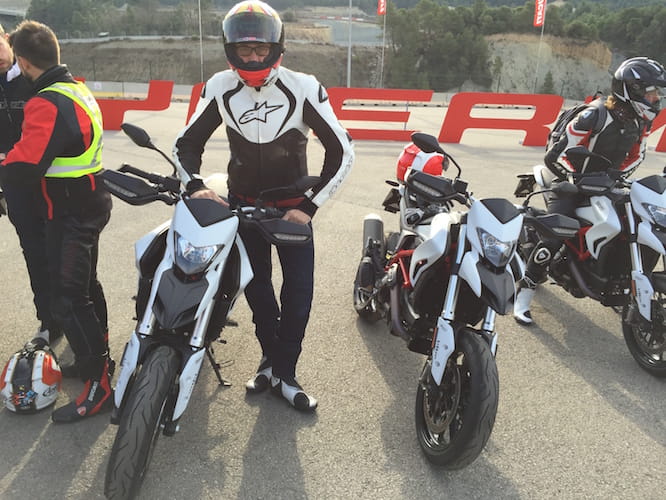 We’ve just ridden the Hypermotard 939 about 30 miles on some of the twistiest roads I’ve ever ridden in and around for Barcelona. It’s a brilliant test with the Hypermotard in its element on these kind of roads. The bike isn’t a radical revolution from the old Hypermotard 821, but it’s more an evolution. The bigger, now Euro friendly, 937cc motor, gives 10% more peak torque and an extra 3bhp maxing out at a claimed 113bhp. 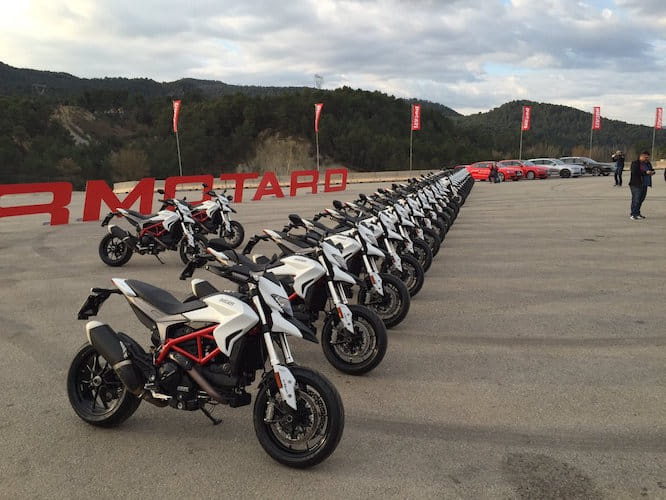 There is tonnes more mid-range too, meaning that around 5000-7000rpm you can use the torque of the engine to pull it really cleanly out of hairpin corners. The chassis is the same so it means you’ve that different riding position, putting your weight right over the front meaning you can throw the bike around using the wide bars for leverage and play around on the exit to see if you can get the traction control kicking in in the three different riding modes.