1 in 20 bikes are untaxed costing the Government £4.8m 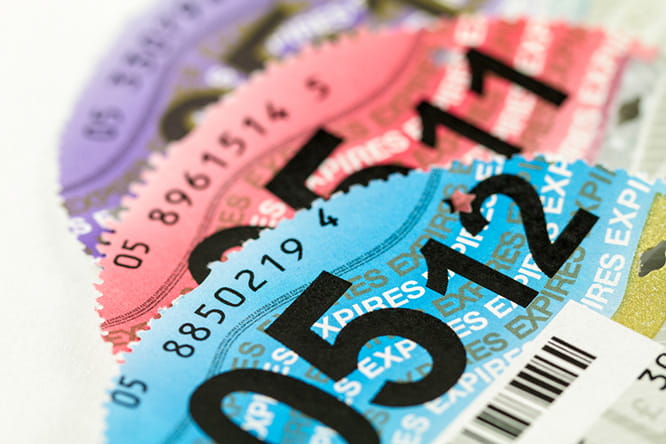 Since scrapping tax discs on motorcycles back in October 2014, recent figures show the move has resulted in £80 million of lost tax revenue and some 5 per cent of bikes in the UK aren't taxed.

Figures from the biennial Vehicle Tax Evasion Statistics study by the DfT revealed that the first year of the new system resulted in VED (Vehicle Excise Duty) evasion rates soaring from 0.6% to 1.4%, leading to the headline £80 million figure picked up by plenty of news outlets.

Of all the types of vehicle on the road, it’s motorcycles that come out worst in the survey. Last time the survey was done, in 2013, it discovered that 1.5% of bikes were evading tax; higher than the average for all vehicles, but still relatively low.

Bikes make up just 1% of the total stock of vehicles on the road which equates to 15% of the tax evading vehicles. Not good. And despite the fact that bike tax is cheaper than for other vehicles, the 2015 survey also suggests that of the £80 million in lost revenue, bikes are responsible for 6% of it. That’s £4.8 million.

Digging deeper reveals that the news isn’t as bad as it first appears, not least because the figures for bikes may not be accurate.

The report says: The evasion rate in traffic for motorcycles is relatively high, at around 5%. It is practically much harder to collect data for motorcycles than other vehicle types, so this figure should be treated with more caution than the others - however it is considered to be a robust indication of a higher evasion rate than the average for motorcycles.

And later goes on to explain: Motorcycles cannot be surveyed using the same ANPR cameras as other vehicles due to their smaller, rear-facing number plates. This, in combination with their relatively small numbers and different behaviour in traffic makes them much more difficult and costly to survey than other vehicle types, so the results for motorcycles are likely to be less reliable than for other vehicle types.

To work out just how unreliable the figures might be, we turned to the more detailed notes on how the survey was conducted. It turns out that while for most vehicles ANPR cameras are used to cross-check masses of number plates against tax records, bikes are measured at relatively few sites, and at most of them the number plates are manually noted by roadside observers. At 16 sites (said to be ‘almost half’ of the total number) where motorcycle traffic is particularly high, digital cameras are used to photograph the backs of bikes and get their number plate details.

In terms of accuracy, the guidance notes for the report reveal that this system can lead to an inflated evasion figure, saying: In the case of motorcycles, data were collected manually by roadside enumerators… in about half of cases in 2013 and 2015. It was therefore not possible to directly check the registration marks that had been recorded in the survey for these vehicles... As such, these data may contain a number of misreads which would be likely to have an inflationary effect on evasion. This inflationary effect may have been significant for motorcycles…” 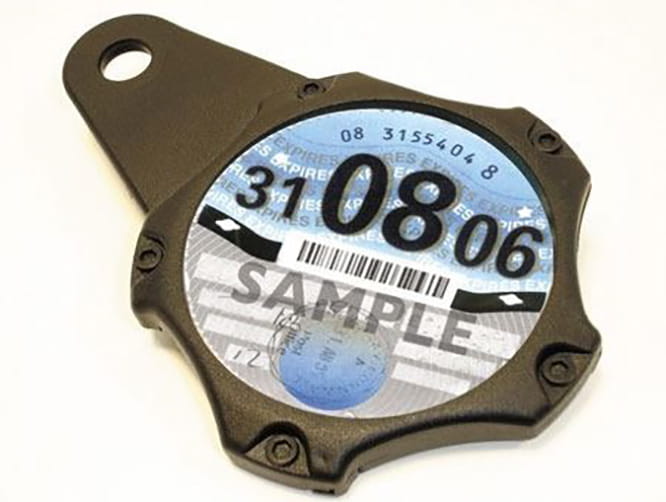 Detailed breakdowns of the statistics show that while more than a million cars and light goods vehicles were checked (electronically, remember, leaving little scope for error), along with nearly 50,000 goods vehicles and nearly 12,000 busses, just 5825 bikes had their number plates cross-checked to see if they were taxed. Not only is it a small figure, but it’s smaller than in any previous survey back to the first one in 2007, when more than 9000 bikes were checked. With less than 6000 bikes checked – most using an unreliable system of manually noting number plates – is it really possible to extrapolate a tax evasion figure representative of the nation’s 1.3 million active motorcyclists?

It’s also worth noting that the figures reflect the first year of the new tax system, during which large numbers of people weren’t up-to-speed with how it worked, and in particular the change in the procedure when buying a second hand bike. Prior to October 2014, tax discs were allotted to the vehicle and transferred with them when they changed hands, but in the new system the tax is automatically refunded when a vehicle is sold, and the onus is on the new keeper to licence it. Figures show that 27% of the bikes seen with no current tax had been subject to a refund of tax having changed ownership, and 40% had changed hands since the introduction of the new rules in October. With no physical tax disc to check and a widespread misunderstanding of how the new rules work, there’s a strong chance that much of the ‘evasion’ was accidental rather than intentional.

The timing of the survey may also have a disproportionate impact on the apparent rate of evasion by motorcyclists. It took place in June 2015, chosen because it offered more hours of daylight than other times of the year. The same clement conditions that made it a good time to do the survey may also have pulled out more motorcycles that had previously been SORNed or untaxed – with the inevitable result that some would still be untaxed. Last May was much wetter than usual, perhaps pushing the ‘riding season’ back to June for some motorcyclists. Is it still tax evasion? Yes, but surely not in the same league as intentionally and constantly flouting the system.

That’s not to say that motorcyclists are saints. The same detailed figures (which it must be remembered ‘should be treated with caution’ due to the way they’re collected) show that 35% of the untaxed bikes recorded had been without tax for more than a year. These are likely to reflect either incorrectly-noted number plates or habitual tax evaders. Remember that many bikes will be registered sequentially or with similar plates, so a wrongly-noted number, out by one digit or letter, might well still be listed as a motorcycle in the DVLA records, but could easily be one that’s SORN or scrapped, coming up as untaxed as a result. But there will also be riders who just don’t tax their bikes as a matter of course. Perhaps supporting that, many untaxed machines were old bikes – 41% of ‘evaders’ were on machines between 10 and 20 years old, with a further 7% over two decades old.

Overall, it’s clear that if surveys are to come up with reliable figures for untaxed bikes, they need to alter their methodology and use a wider spread of samples, both in terms of sheer numbers and the geographical spread of survey sites. On top of that, the figures for last year’s survey are skewed by the widely-misunderstood rule changes on tax that accompanied the disappearance of the paper tax disc. Maybe the next survey, due in 2017, will give a clearer picture.