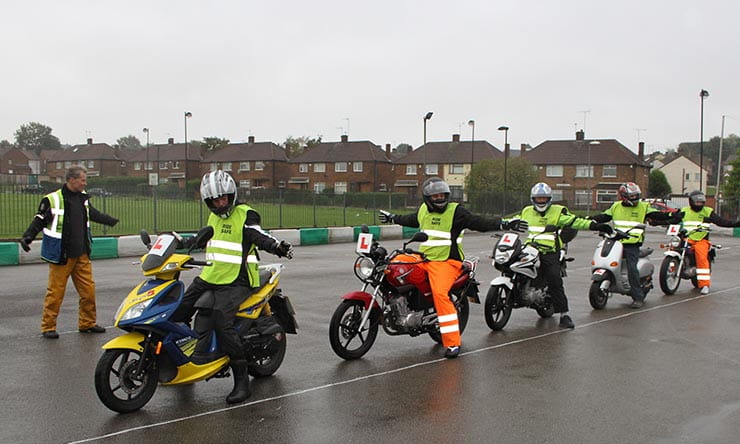 The government has announced plans for a consultation aimed at improving moped and motorcycle training, and you can get involved by providing your views.

Mark Winn, Head of Motorcycling Policy at the Driver and Vehicle Standards Agency (DVSA), has outlined a nine point plan (as per graphic below), which includes:

The plans would mark a complete overhaul of the current system, with riders required to take a theory test before their CBT (compulsory basic training).

The CBT would be given its first major overhaul since being introduced in 1990, with the current two-part onsite training and riding elements being combined. Trainees would also be required to wear appropriate training, while the plans would also see steering taught as a practical skill and filtering included in the theory element of the syllabus. Learners who pass the CBT on an automatic would also be restricted to riding that kind of bike on L plates, recognising the extra skills and complexity of riding a geared bike, while riders collecting six or more penalty points during the two year validity period of the CBT certificate will automatically lose the entitlement. 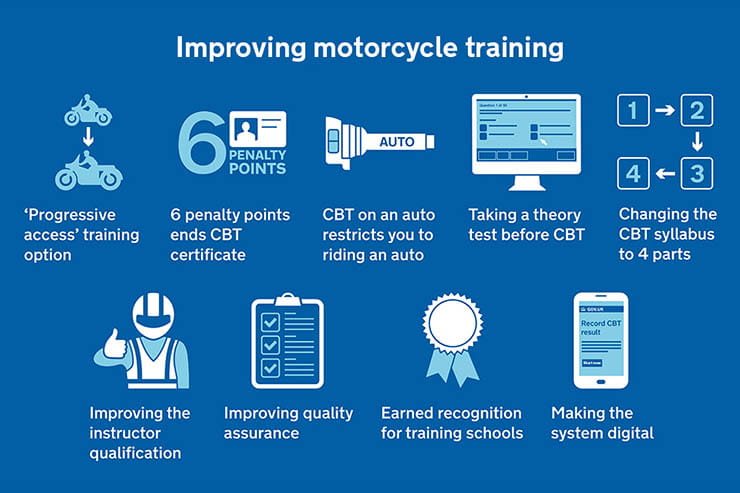 Winn details his plans in a blog, which can be read in full here, and interesting he hopes to introduce progressive training that will allow younger riders to achieve a full motorcycle licence by the age of 21, rather than being restricted to an A2 licence until the age of 24. He said: “Younger riders can progress in stages to the most powerful motorcycles. They take a test on a lower category motorcycle then, after two years, they can take another practical test on a higher category. This is called ‘progressive access'.

“It allows riders to progress to the most powerful category of motorcycle by the age of 21, rather than 24.

"Under European legislation, we can introduce an option for motorcyclists to take extra training to ride larger motorcycles, without the need to take a further test. This training would need to cover the same elements as the practical test and last at least seven hours

“We’re proposing to introduce this option, with training courses being provided by approved training bodies (ATBs). That's why it's important that we start to quality assure all road-based training, not just CBT.”

Improving instructor training also appears to be a big focus on the overhaul and the DVSA welcomes public input to the consultation. You can give your views at their website before the deadline of 17 February.