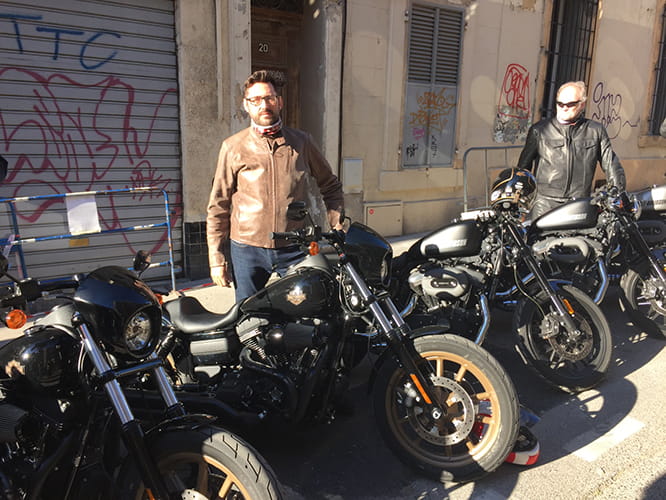 Harley-Davidson’s Low-Rider S is fitted with the biggest engine to roll out of Harley-Davidson’s factory in a production Harley. With 1801cc of pure Screamin’ Eagle power, tons of torque and styling inspired by the legendary Harley FXR, the Low-Rider S is a performance Harley in every way. We’re at the launch in the South of France to ride it. Here’s our man Marc Potter’s first impressions.

Harley’s S-models essentially take an existing model and adds in extra bad ass. And this is quite possibly the baddest of the whole S range so far.

Meet the Low-Rider S, it gets an 110 cubic inch (1801cc) engine that makes 13 per cent more power than the standard Low-Rider, upgraded suspension and brakes, and a styling theme that echoes the legendary Harley-Davidson FXR models, a bike that Harley fans have been asking to come back into the firm’s line-up since t he nineties.

Harley’s Director of Styling, Brad Richards said: “This is our answer to that question. The Low Rider S is informed by the current tall-bike custom trend and our own styling heritage, but also seeks to redefine Harley-Davidson performance for a new generation of riders. We wanted to really connect the rider to the road by delivering instantaneous power and agile handling with a bike that’s trimmed to the essentials.”

Our man Marc Potter is riding the bike in the South of France right now. He said: “I've only had a quick ride on the Low-Rider S but my immediate impression is that the engine is absolutely hilarious.

"In some ways, it is probably too much engine for the chassis, but when you adjust your riding style to get it into the corner and then fire it out, you'll be laughing out loud just like I have been this morning!"

Read our full review on Bike Social in the coming days.