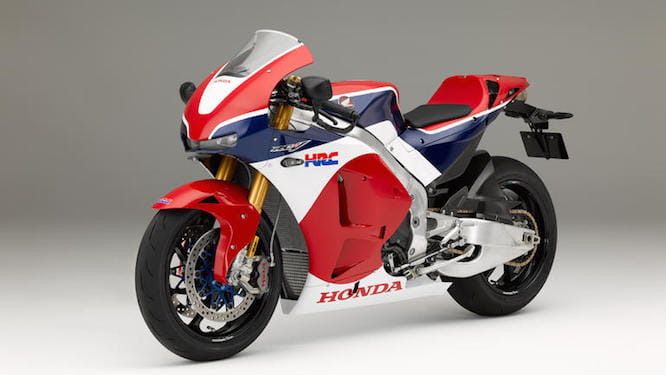 On the eve of tomorrow's ride on both the 159bhp 'standard' RC213V-S, and the 213bhp-plus race-kitted 200,000 Euro version, here's what we've learnt so far from chatting to Honda's team behind the bike.

Honda claim the new RC213V-S (pronounced 'RC twenty one three vee s' - twenty one for 21st century) is not only the most genuine replica of a MotoGP bike ever made, but also the nearest they will ever get to making a MotoGP bike with a number plate on.

Honda's Dave Hancock explained that he was given the job of making Honda sexy again. He said: �I met with the bikes's Project Leader, Mr Yoshituke Hasegawa at the Bol D'or. He asked me what ideas I had? I said: 'Let's stick a number plate on an RCV?' He said: 'Okay!'

Yoshituke Hasegawa is responsible for many of Honda's V4 projects including the more recent VFR1200 and Crosstourer so he's a man who carries a lot of weight. The project kept getting somewhere then getting stopped on the basis of cost as Honda wanted it to be as close as possible for a road bike to a genuine MotoGP bike.

Honda explain that everything is as close as possible to a real RCV MotoGP bike in terms of chassis, swingarm, fairings, seat and tank unit, forks, rakes and wheels. The engine doesn't get the seamless gearbox of the factory race bikes, or the pneumatic valve system, but that's about the major differences. Lights, mirrors, a starter, and road legal switchgear were also added, along with a sidestand. 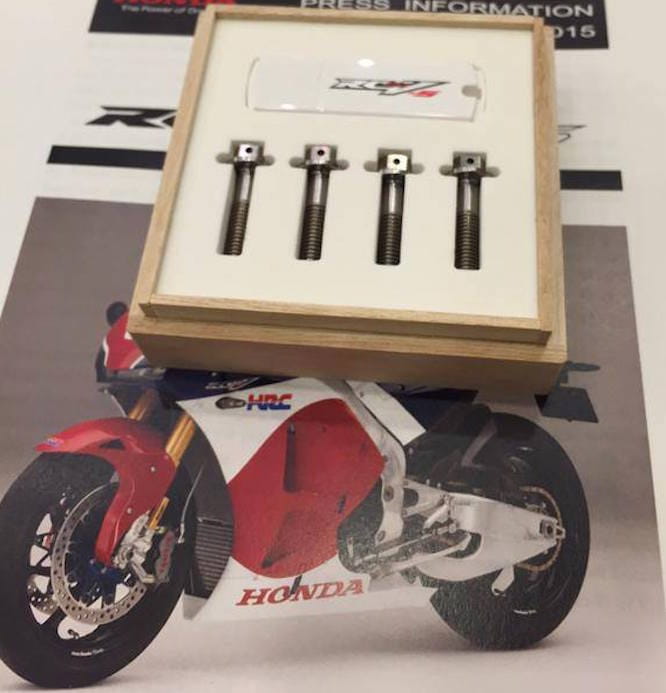 Work started on the project about two and a half years ago and the project was signed off to go into limited handbuilt production a year ago. The result is a 170kg dry V4-powered, 1000cc RCV for the road which makes 159bhp as standard, and why Honda claims to be the world's easiest machine to manoeuvre, and according to Honda's test rider Shinichi Itoh, "it feels like a factory racer, and unlike any production bike."

Itoh adds that the first time he rode the bike, he was so blown away the first thing he said when he got off it was: "Are you really going to sell these?!" This is a man who raced MotoGP and had a best result of second place next to his team mate Mick Doohan on a 500cc GP bike, so he's about as respected as it gets.

Honda's philosophy is to create ease of riding rather than all out power. They are aware of the criticism that it 'only makes 159bhp' on some social media and forums, but claim this bike is completely different to other super sports bikes on sale currently. The truth is, there are very few people who will but it without fitting a race kit at an extra cost of 12,000 Euros. 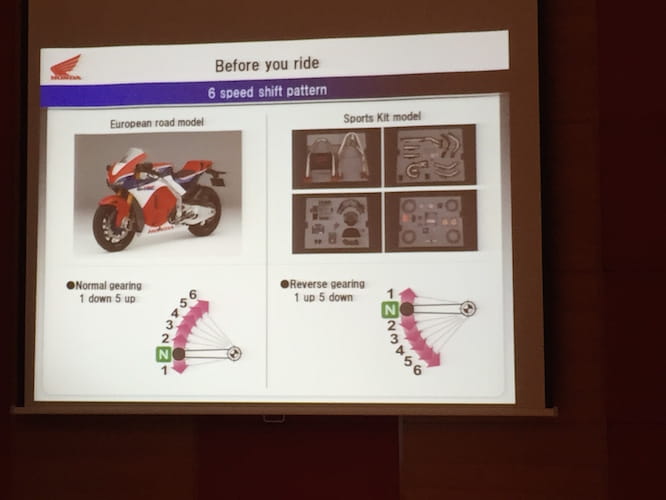 They actually developed the race kit bike first, then turned it into the road bike, winding down the power to suit the bike's power-to-weight. The race-kitted bike makes in excess of 213bhp using a different ECU, different race gearbox, ram-air system and exhaust. Though most of the extra power comes from the electronics which can also be set five ways. Both bikes also feature traction control for the first time on a Honda sports bike. Expect to see a similar system on the much-rumoured new Fireblade expected to go on sale in 2017.

Current MotoGP World Champion Marc Marquez, his MotoGP team mate Dani Pedrosa, and former MotoGP world champ Casey Stoner also helped develop the bike in Japan. Marquez, Pedrosa and Stoner have requested their race numbers from the limited production run.  Stoner wants number 27, Marquez wants 93, and Pedrosa wants 26. The number one bike will be kept by the factory. Whether or not the MotoGP boys are actually handing over cash for their steeds, or just expect them is yet to be seen!

No fixed number has been decided on, but it's estimated that around 250 bikes will be built depending on demand at a rate of just one bike per day from an elite, small team of two or three specially trained engineers. Yes, just two or three people will build the bikes which are so race spec that they come in uncoated bare aluminium frames, just like the race bikes. Yet despite that exclusivity, service intervals are around 3000km for the race-kitted bike, more regular Honda intervals for the road bike. Though taking it to your Honda dealer won't do. Specially designated service centres (like Padgetts perhaps?) will be set-up to look after the RCVs. 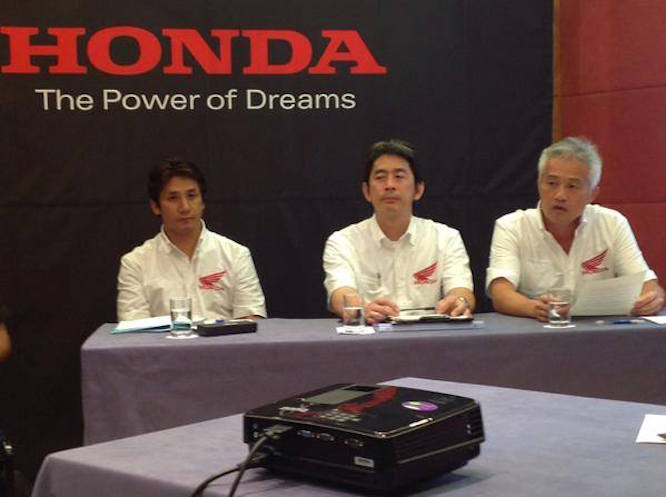 Demand for the bike since Honda officially announced it would go on sale back in June at Catalunya, has been huge. They have had well over 200 serious enquiries, but now the job is to make sure that all the potential buyers are real, serious customers. If you still want one, there's still time to get your request in at http://www.rc213V-S.com

And if you never expect to see one on the road, you may just be lucky. 41 requests to buy the bikes have come from the UK, and one lucky UK buyer has asked to buy two bikes!

- We'll be riding both bikes tomorrow, and will get a story on the site when we can, or follow @bennetts_bike on Twitter.