Yamaha reveal entry-level YZF-R1S, but it won't come to the UK 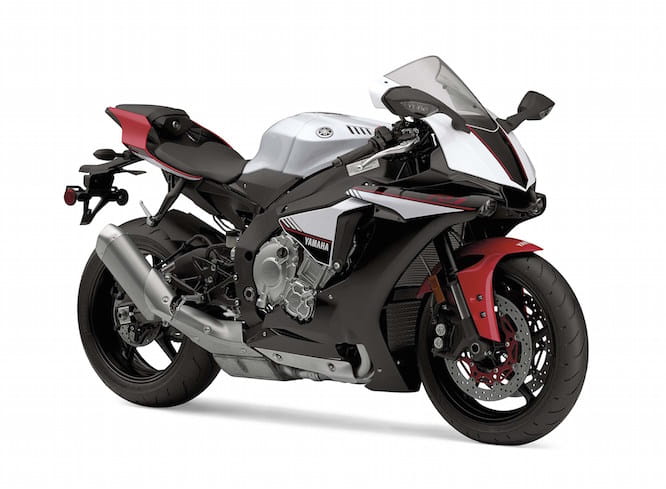 This is Yamaha’s R1S. It’s just been introduced to the American market as an ‘entry-level’, street version of Yamaha’s flagship superbike, the YZF-R1.

Yamaha unveiled the latest generation of the R1 just last year and since hitting dealers in Spring, it’s been lauded as one of the bikes of the year.

With the standard R1 designed largely with track use in mind, Yamaha have released the R1-S in the US market as a more affordable, street model aimed at those looking for a full-fat superbike without the full-fat price tag.

According to our friends at US-based site Asphalt and Rubber, many of the R1’s super light materials have been switched for cheaper, more durable alternatives on the S model. Many of the magnesium parts have been switched for aluminium and the S features steel conrods as opposed to the titanium option found on the original bike.

This adds 9lbs to the bike’s weight and the power is slightly reduced too, although it’s not been revealed by how much. Despite this, the R1’s advanced electronics package remains on the R1S and even the quickshifter is available as an option.

However, Yamaha have said there aren't any plans to bring the cheaper R1 to the UK, a full statement read:

"We would like to confirm that the YZF-R1S has been made specifically for the US market to meet the requirements of American riders and there are no plans to bring the R1S to Europe."

Would you like to see the affordable R1-S in the UK?