At the 44th annual Tokyo Motor Show in Japan, Yamaha have taken the covers off four new concept models, one of which is a headline-grabbing three wheeler using the MT-09 engine. Yamaha’s official press release also included confirmation that an MT-03 is on its way for 2016.

The Leaning Multi-Wheel (LMW) concept model uses the 3-cylinder 850cc engine on a body reminiscent of the MT-09 Tracer except for the glaringly obvious extra wheel at the front. Other obvious differences on the rather sharp looker include the frame in which the motor sits.

The twin front wheels and the bank angle maximized by the outward positioned front suspension forks enable stability for the rider across a mixture of road surfaces. It’s the first three-wheeler to come out of Yamaha’s design department since the 125cc Tricity, introduced in the summer of 2014. 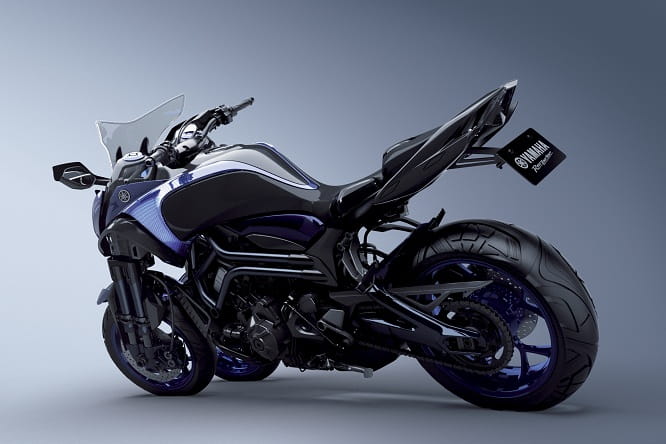 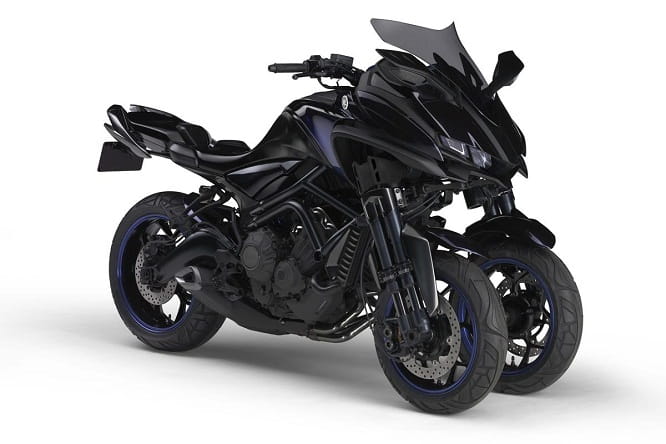 The PES2 and PED2 electric bikes have been seen in concept form back in early 2014, named PES1 and PED1. Shortly afterwards Yamaha confirmed “…we are working to create new value with EV sports motorcycles, which we aim to launch in two years with the development of the PES1 as well as the PED1…”

Here we are almost two years later and the Street sport PES 2 and Dirt Sport PED2 concepts are back. The two machines share a new power unit (Yamaha Smart Power Module) with a monocoque structure that also functions as the frame. The PES2 on-road sport model has an additional electric motor built into the hub of the front wheel to make it a 2WD motorcycle, and Yamaha say “it is designed to pioneer new boundaries of performance never experienced before.” 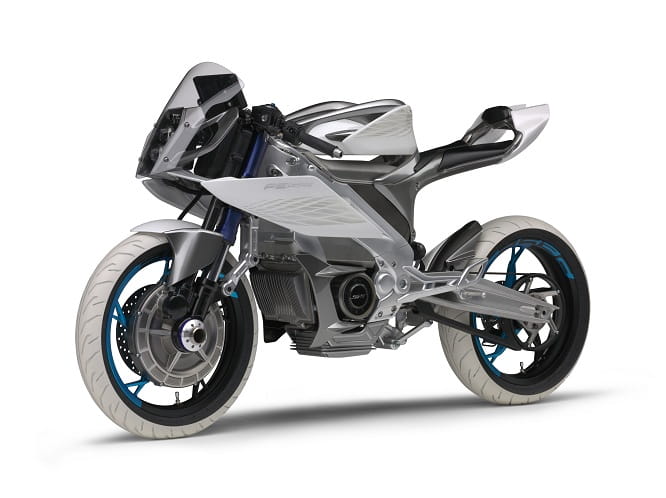 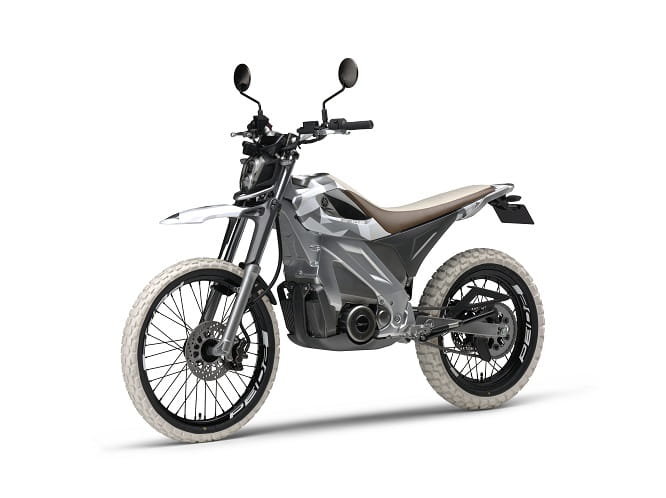 Both models are equivalent in performance to 50–125cc mopeds and motorcycles using a DC brushless motor with Lithium-ion battery. The lightweight PES2 and PED 2 will weigh 130kg and 100kg respectively and our only hopes are that the battery life is good while the price tag is sensible. 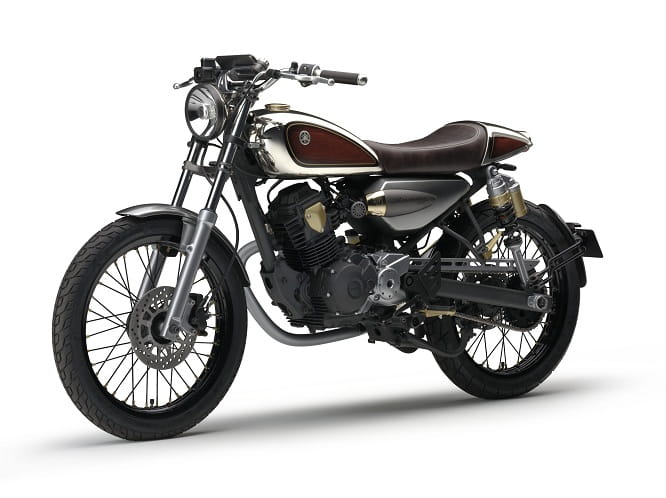 The final of the four concept models is known as the Resonator125. Powered by an air-cooled, 4-stroke, single cylinder 125cc engine, the heritage feel lightweight starter bike is aimed at a younger market ready to “discover the joys of motorcycling” say Yamaha.

A slim and compact chassis and an instrument panel assembly using what looks like an iPhone/iPad hybrid mixes a little nostalgia with modern, if not future, tech. Wooden panels across the fuel tank and seat cowl plus engravings on the muffler and fuel tank cap are examples of the fine attention to detail in the finish. 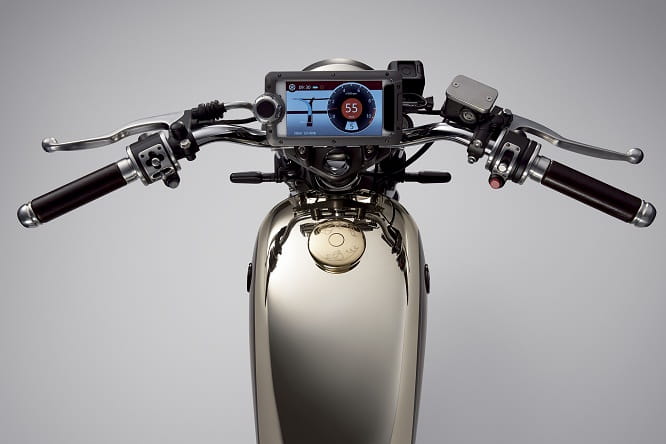 As with all concept models, Yamaha’s quadruple effort could still be 12 months away from making an official debut. We shall wait with bated breath.