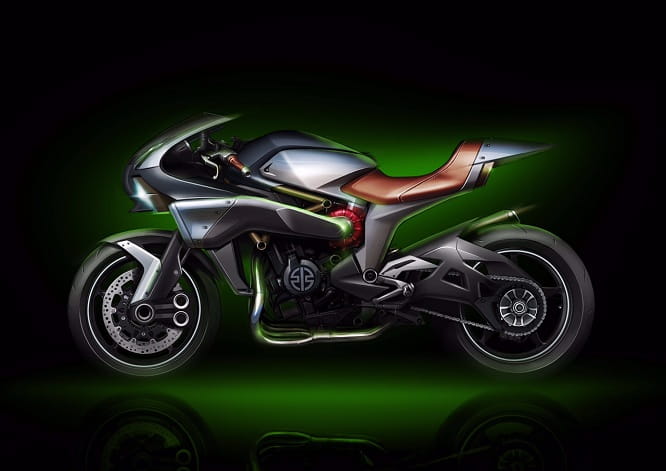 Kawasaki are clearly happy with the interest levels of their H2 and H2R supercharged engineering so much so the Japanese firm has unveiled a concept of a future and more sports tourer-focused model – known as ‘Spirit Charger’.

It points the way to the future of forced induction motorcycle engineering for Kawasaki Heavy Industries.

Also confirmed today are upgrades and a new colour and paint finish on the Ninja H2 plus the introduction of a slipper clutch for the Ninja H2 as well as upgrades to the ECU settings. Both models will remain in limited production for 2016.

The announcement took place this morning at the 44th annual Tokyo Motor Show, where the President of Kawasaki’s Motorcycle and Engineering Company, Kenji Tomida, unveiled Kawasaki's new Supercharger technology and the Rideology strategy which will continue to guide future product development.

The Spirit Charger or ‘Concept SC 01’, to give its official codename, will involve “softer more luxurious materials chosen over the hard-edged performance focused approach of the Ninja H2 and Ninja H2R. Kawasaki add the flowing lines of “Spirit Charger” suggest a machine suitable for all day, long distance enjoyment and comfort.” 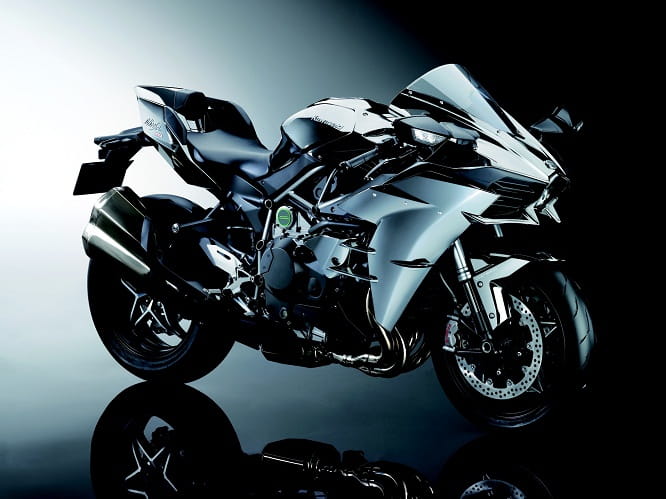 A fascinating element of the concept is Kawasaki’s approach to retain the power and performance of forced induction while adding increased fuel economy. The balanced supercharged engine works through electronically controlled flaps at the supercharger entrance allowing the volume of intake air and airflow direction to be adjusted for increased efficiency.

We predicted last year that Kawasaki would be developing more supercharged models, and this appears to be the next step towards more supercharged bikes, and future smaller models equipped with blower technology.