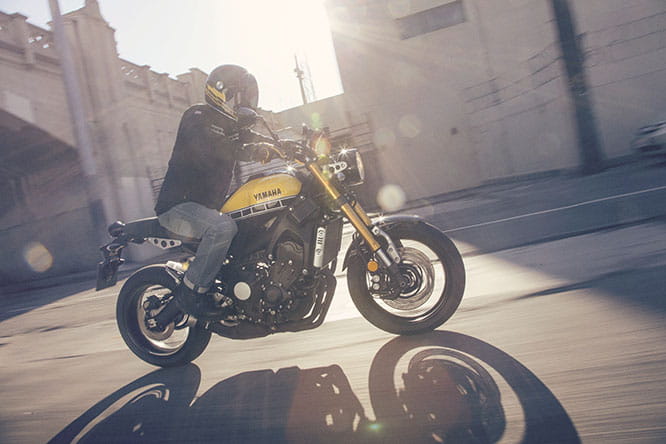 Yamaha’s Bike Shed obsession is set to continue with the introduction of a new XSR900 triple for 2016.

Based on the potent three-cylinder crossplane engine from the MT-09, the retro cool XSR will set you back £7849 when it goes on sale in February

Frankly, we think it looks absolutely gorgeous, especially in the 60th anniversary yellow paint scheme (a £150 option) and with modern tech to match the retro looks, this could be one of the big hits of 2016.

The 847cc triple holds no secrets. Lifted straight from the spunky MT-09 it pumps out 113bhp and should drive just as it does in the donor bike. That’s good, and if they can smooth out the sometimes snatchy MT-09 throttle in the sportiest of the three ride modes it should be an absolute hoot. As you’d expect from a modern bike, there’s traction control and a slipper clutch.

It’s the styling that the XSR is all about (although why they didn’t call it a more accurate XSR850 is beyond me). Yamaha, being fond of a bit of marketing speak, call it the ‘Faster Sons’ philosophy. Like the MT-07 powered XSR700 before it, the triple pays tribute to Yamaha’s rich back catalogue, namely the XS triples of the 1970s. 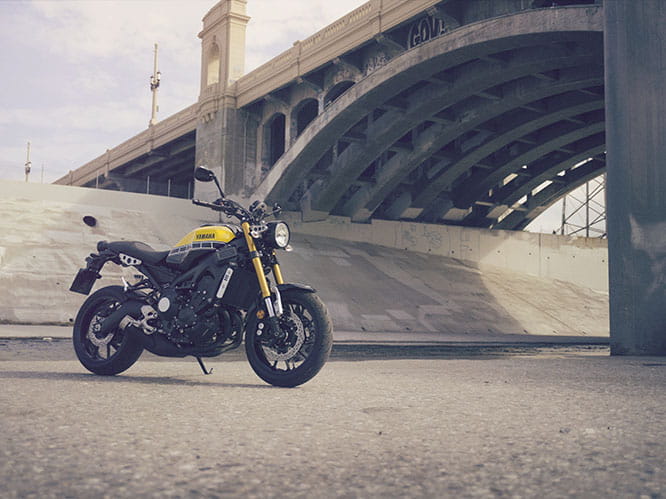 Despite the retro styling, the chassis is bang up to date with 41mm upside down forks and single rear shock from, you guessed it, the MT-09. ABS is standard too, of course. Fuel tank is 14-litres, the same as, well, you guessed it…

On paper, it looks a bit like an MT-09 in a posh frock. Then again, an MT-09 in a posh frock should be a very good thing indeed. Only a test ride will tell how different it feels to its plainer cousin, but all signs suggest that this will be a great fun machine. Even Valentino Rossi said on stage at the launch that he wants to get one.

But for now we can but ogle the cool styling and neat details like the stitched seat covers, aluminium mudguards, tank and headlight. The nice men and women at Yamaha will also sell you a host of official accessories to make your XSR even more fancy too. 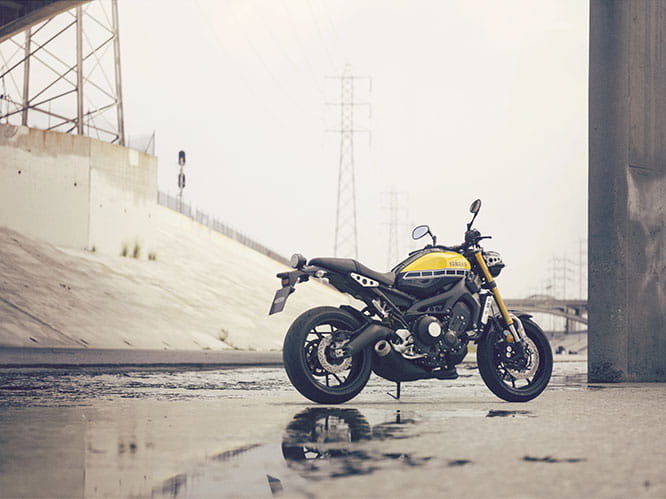 The Kenny Roberts-inspired, Roland Sands-designed ‘Faster Wasp’ concept from a few months back gave us a prelude of things to come and it says a lot that this bike was the headliner in Yamaha’s 2016 press presentation, where it was ridden on stage by a bloke called Rossi.

Bike Shed, Faster Sons, call it what you want. It may be a passing fad, it may be the future of motorcycling. Whatever it is, Yamaha look to have hit the nail squarely on the head with the XSR900. It looks like they have perfectly captured the spirit of today, and I can’t wait until February, when we can actually ride one.