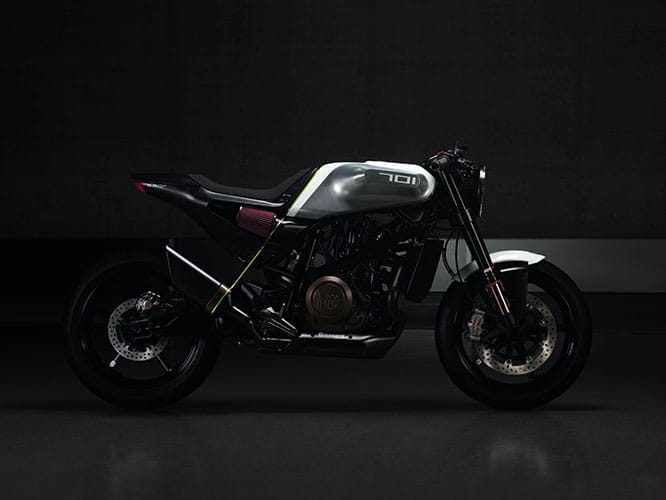 Husqvarna is heading back to the street – and this single-cylinder concept machine is the latest idea of the kind of bikes it could produce.

Called the ‘Vitpilen 701’ the radical roadster was the highlight of Husqvarna’s stand at the Milan Show.

It’s built around Husqvarna’s latest single-cylinder four-stroke motor (which debuted in the firm’s new 701 Enduro last month) and is intended to be NOT a retro but, it says: “minimalistic and high tech – created to provide a raw, exhilarating and authentic riding experience.”

Now owned by KTM in Austria, historic Swedish marque Husqvarna is most associated with off-roaders but has a proud heritage of road bikes and Tarmac racing as well.

From 1987 to 2007 Cagiva in Italy owned the marque until it was bought by BMW who again flirted with Husky road bikes (alongside its core motocross and enduro range) to create the F800-powerede Nuda 900 and 900 R.

Then, in 2013, Husqvarna was sold to KTM who has since repeatedly declared an intention to produce new Husqvarna roadsters. At last year’s Milan Show the marque unveiled two street single prototypes, a 401 Vitpilen and a scrambler variant, the 401 Svartpilen, both centred around a 400cc liquid-cooled single. The new Vitpilen 701 is the latest evolution of that concept. 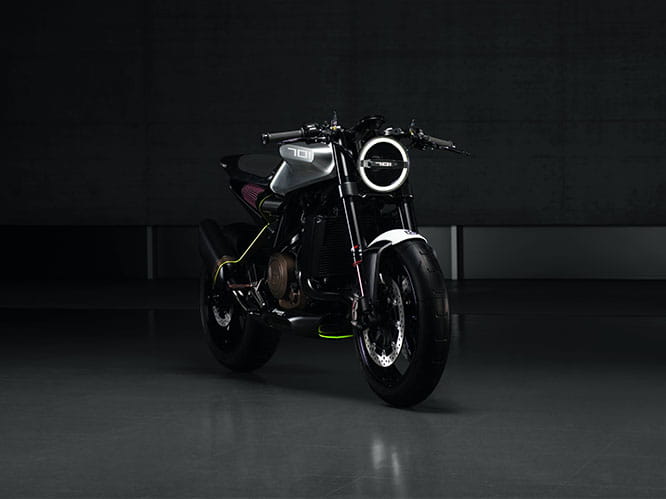 ‘Vitpilen’, incidentally, is Swedish for ‘white arrow’, a name intended to evoke both Husqvarna’s heritage and its future direction. ‘Silverpilen’, or ‘silver arrow’, was an historic Husqvarna model from the 1950s.

Although the bike in its current form is not likely to make it into production, Husqvarna have announced that by 2017 they will have a 125cc and 401cc version of the Vitpilen ready for the road, with the 700cc option referred to as 'the future'. 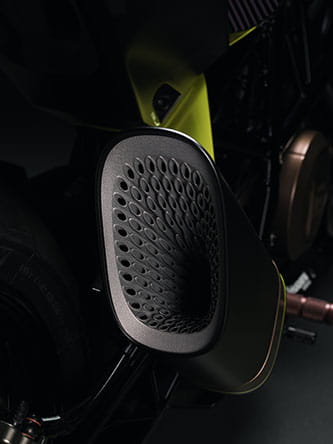 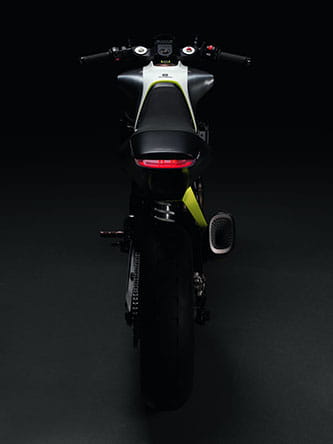