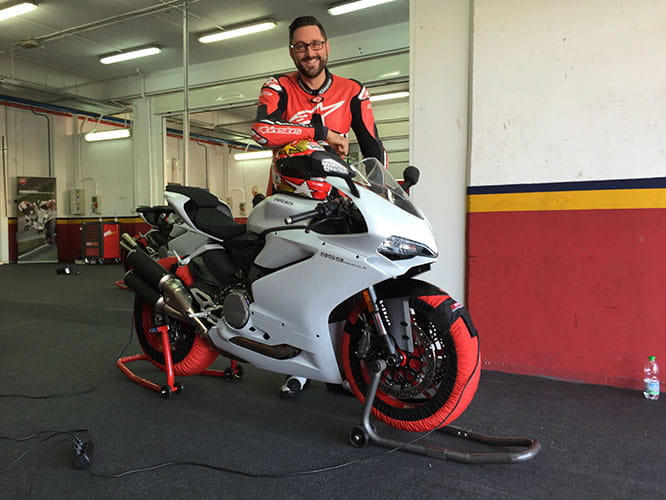 Ducati's new 959 Panigale features a new 955cc V-twin motor and weighs in at 176kg dry. Ducati describe it as the perfect compromise. Bike Social's Marc Potter is at the world launch in Valencia to ride it. Here are his first impressions:

We’ve just had our first session in Valencia and while it’s still early days and we’re still figuring out where the track goes, you can already feel that the bike wants hold a really tight line through Valencia's tight and twisty corners. 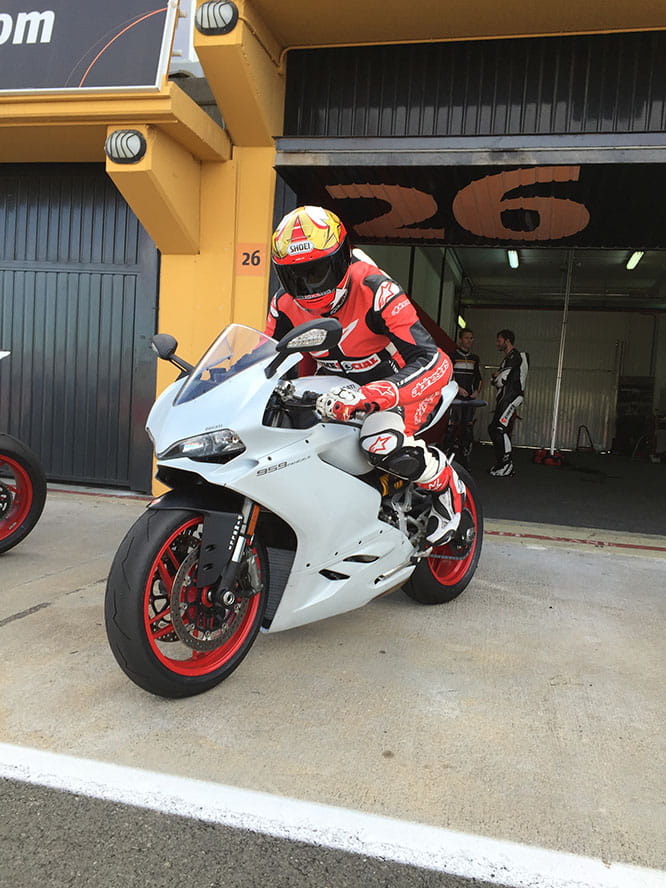 You can feel the potential in the chassis and the bike with more to come when we play with the settings a little later on and go into race mode.

Ducati say it’s a super-mid entry-level sports bike in their range, but we’re dealing with a bike that’s almost a 1000cc V-Twin, which 20 years ago was the top of Ducati’s range but now with an even better chassis, braking and state of the art electronics.

It may be a lot of money at £13,095 but the 959 Panigale feels special and unlike some of the current 200bhp 1000cc superbikes which command massive respect, the 959 feels like you can grab it by the balls and make the most of each one of those 157bhp.

In the second session we stuck it in race mode, which turns down a lot of the electronics. This allows you to actually feel the chassis of the bike without the electronics numbing it like they did on road mode.

You have to ride the bike very differently to a 1299, big corner speed on the way in and mid-corner and trust the rear tyre and electronics on the way out.

Those exhausts might be controversial but you can get big lean angles and it feels stable mid-corner, now the electronics are dumbed down it feels much more lively and precise. The traction control lets the bike move around at the rear but not alarmingly.

Stay tuned for the full the full review coming soon. 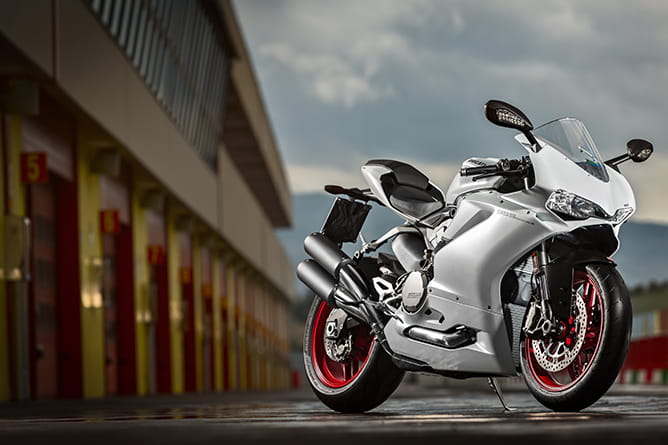