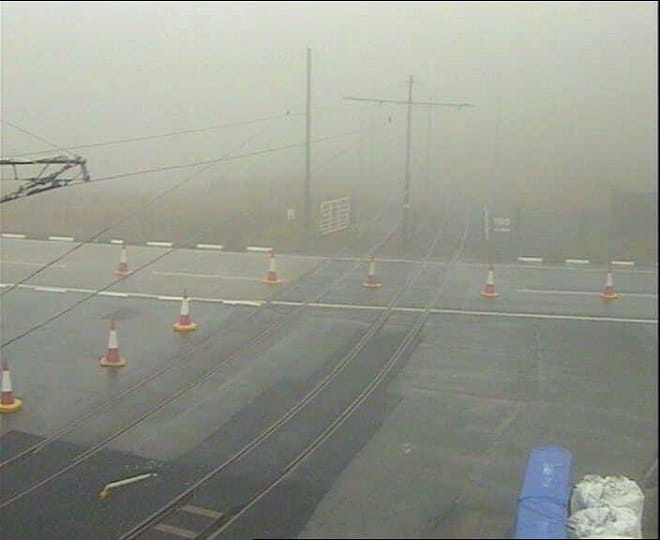 With storms set to batter the Isle of Man tonight, a Facebook group to take in weary travellers stuck in tents has been set-up so they can escape the 65mph gales predicted later.

Driving rain and thick fog over the Mountain has already set in to the Isle of Man prompting organisers to cancel tonight’s TT practice. Storms of 60-65mph are expected to hit the Isle of Man tonight, according to latest weather forecasts.

Organisers are also warning against taking a ride round the course tonight because of the adverse weather conditions. Though looking at the picture of The Bungalow above, you'd have to be brave/stupid to take yiour chances up there tonight. We understand however that pubs, bars and restaurants across the Island are open, just leave the bike at home.

A group of Islanders has grouped together so that Town Halls and other public spaces are opening up for campers to take refuge if they feel the need to get out of the storms.

Isle of Man organisers expect the weather to improve tomorrow and are planning for TT practice to take place tomorrow night.

The Isle of Man Steam Packet company said they expect the 8.30pm from Liverpool to Douglas to sail this evening but there may be some delays as alternative and longer routes may need to be taken.

If you’re on the Island and want to get in touch with the shelter helpline and find out the nearest one to you, call: 01624-309483. Or have a look at the Facebook group.

For the latest on ferry crossings go to Steam Packet.