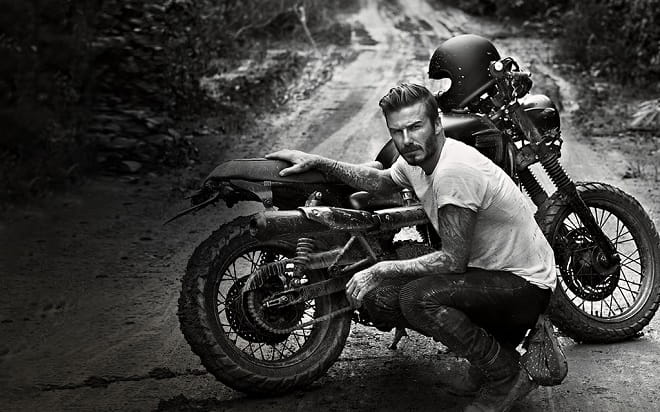 Forget Marquez and Rossi, this year’s must have replica is inspired by a footballer!

Remember that programme last year when footballing legend David Beckham rode up the Amazon with his mates? Well retro clothing company Motolegends do, and they’ve built a replica of his Triumph Bonneville in homage to the style icon.

Drawing their inspiration from the current ‘Bike Shed’ vibe, the Guildford-based company have built a surprisingly simple and cost effective machine that is sure to turn heads – and will be won by a lucky punter just in time for Christmas.

Where Beckham’s bike was built by Triumph specialists Jack Lilley using the latest fuel-injected Bonneville as its base, the Motolegends machine started life as an early low-mileage carbed example of the Hinckley twin, dating back to 2001.

Cranleigh company FCL Motorcycles carried out the work, which they say is within the capabilities of a competent home mechanic, stripping the bike right down and treating the Bonnie to a hefty dose of Matt Black paint. Giving the bike its 1960s desert sled look are the Metzeler Karoo 3 tyres and the high level Arrow exhaust, an official accessory for Triumph’s Scrambler model which was given a black ceramic coating. 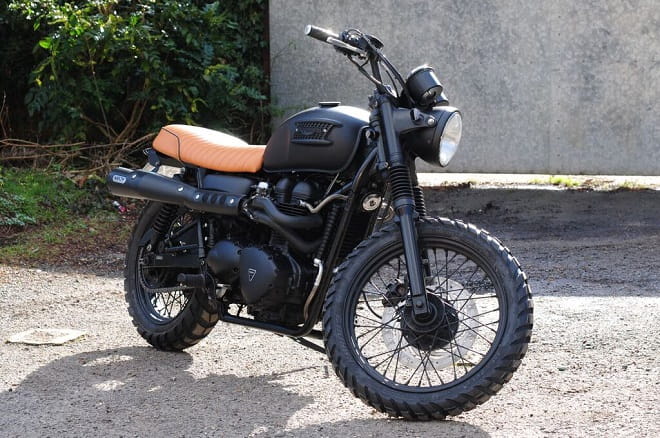 While Motolegends’ Bonneville may not be the most original or challenging special, we love the fact that it shows what a difference can be made by keeping things simple and using carefully chosen off the shelf parts. Final touches include a retrimmed seat, specially fabricated mudguard and number plate hanger, fork gaiters and small indicators. 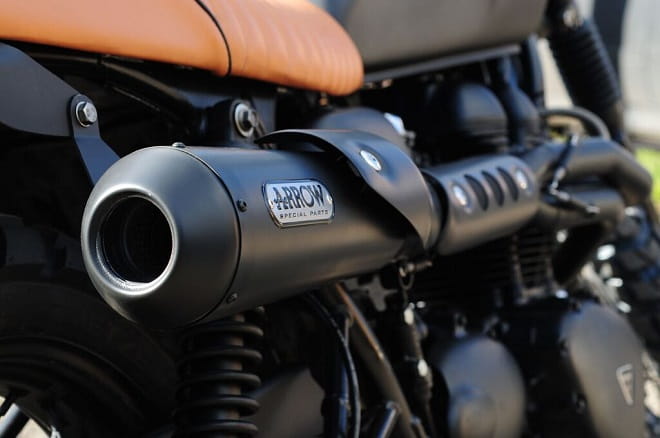 It’s not an exact replica of the Beckham bike, but that’s not the point. The company reckon that the bike comes in at around £10,000, and it’s a hell of a lot more interesting than the stream of official Bonneville ‘specials’ that Triumph seem to trot out every other month.

The company are giving the bike away at Motorcycle Live in December, and you can sign up to the prize draw on the Motolegends website. 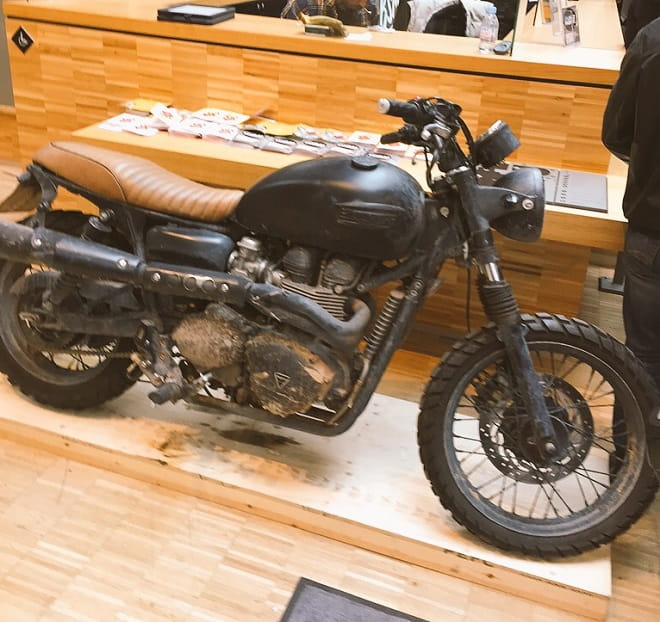