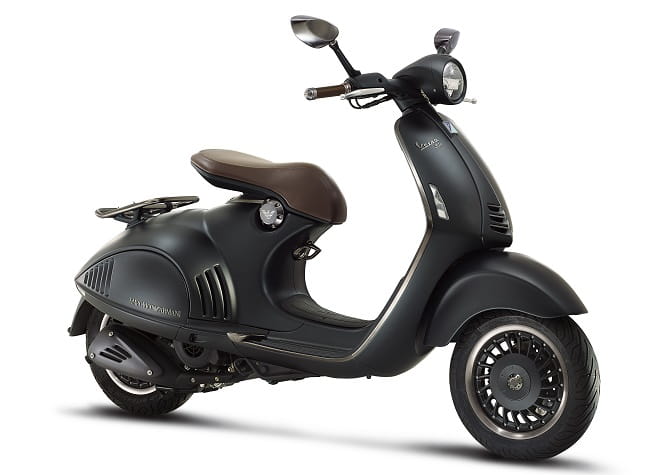 Two giant and iconic Italian brands have joined forces to create possibly the most fashionable scooter ever built – the Vespa 946 Emporio Armani.

Based on the 2013 retro-look Vespa 946 which uses an air-cooled 4-stroke 125cc engine which is priced at £7,800, the limited edition Emporio Armani special has been created to celebrate the 40th anniversary of Giorgio Armani and the 130th anniversary of the Piaggio Group.

The scooter will be on sale from next month in “all the world’s most important cities” according to Piaggio. Milan, Paris, London can breathe a sigh of relief. 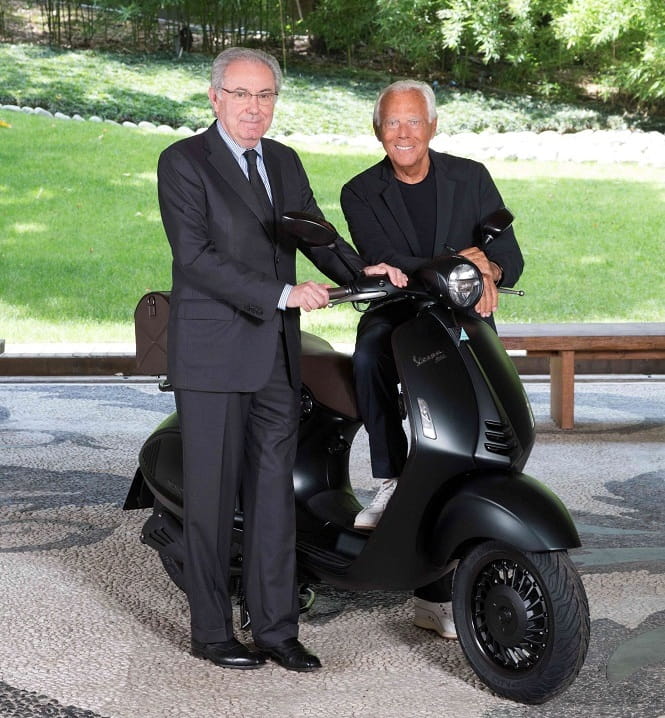 With 11.7bhp plus ABS and tractions control as standard, the Vespa 946 Emporio Armani is available in a specially designed colour scheme of grey/green. Metal parts have been galvonised with a satin finish while the fashion house’s name and logo appear on each side panel and above the headlight.

A steelplate monocoque frame combines with aluminium parts (rims, handlebar, side panels, front mudguard, mirrors and underside of the mono-seat).

Brown leather touches, aluminium cylinder blocks, luxury accessories and a digital instrument panel which interact with your Bluetooth enabled devices via the PSS (Piaggio Sound System) are all included on Piaggio’s interpretation of the original 1946 Vespa (hence the 946 name).

For the seriously fashion conscious, there’s even a range of Armani clothing available to match the scooter. 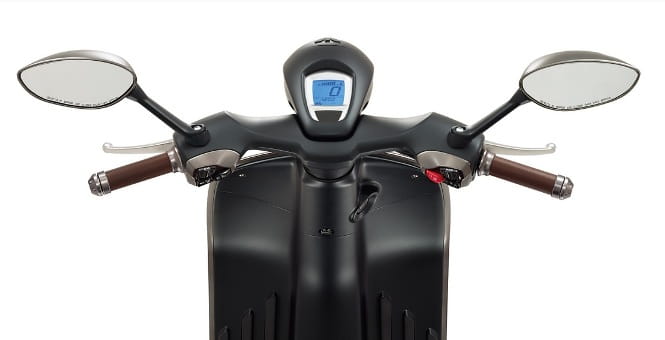