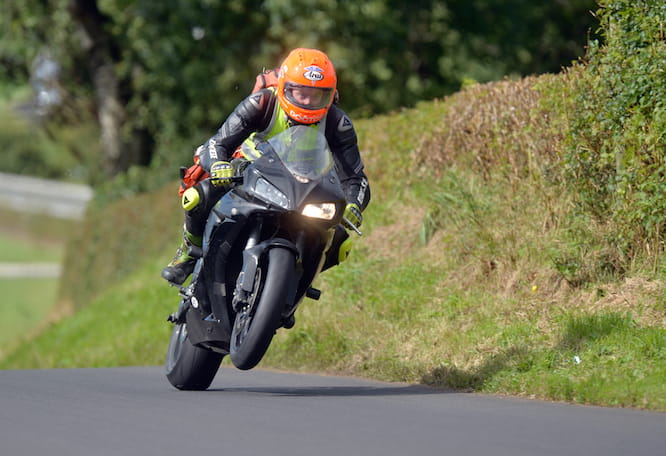 A petition set up in memory of Irish racing medic John Hinds has reached 30,000 signatures in a matter of days.

Calling for the introduction of an Air Ambulance service in Northern Ireland, the petition was set-up after Dr Hinds was tragically killed in an accident at the Skerries 100 race in County Dublin on Friday.

Dr Hinds was a well-known and loved travelling medic on the Irish road racing scene, often referred to as the ‘Flying Doctor’. A highly talented motorcyclist, he would be able to reach incidents in minutes often riding his own bike.

At present, the Northern Ireland Health Service does not have access to an air ambulance. For events like the North West 200 and Ulster GP, helicopters are borrowed from other services like the police and armed forces, but Hinds didn’t believe this was good enough.

“Those of us who have worked in countries which have an air ambulance can see how game changing it is for victims of major trauma”, said Hinds speaking to the BBC earlier this year.

“It’s not a luxury, it is essential and it would be cost effective. Northern Ireland is a rural population, so the cut-off criteria for most major trauma networks is access within 45 minutes.

“In countries that have an established service, the mortality rate from trauma has been cut from anything up to 40%.”

Road Racing fan John Allen set up a petition to support the cause in Dr Hinds’ memory and in just three days it has achieved over 30,000 signatures.

“I find it quite incredible that Northern Ireland remains without an Air Ambulance facility,” says Mr Allen. “Dr John Hinds was well known in the Irish Road Racing scene, as well as the NI Health Service and a strong advocate of such a facility.

“Please keep his memory at the forefront and carry on his hard work as a fitting memorial for an exceptional man.”