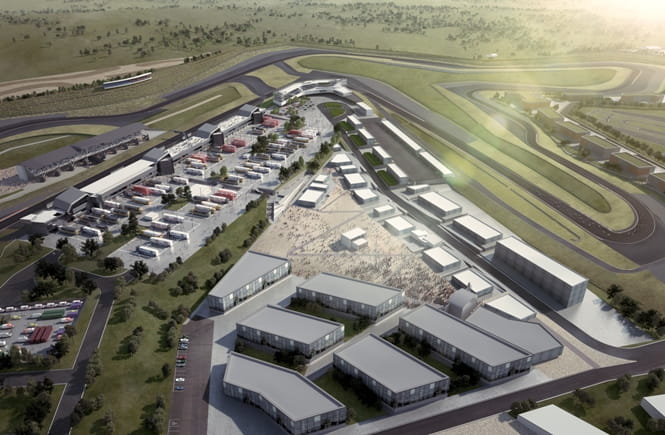 The proposed Circuit of Wales programme has been struck another blow as the Ministerial decision following March’s Public Inquiry has been delayed until autumn.

Ministers from the Welsh Government who are in charge of the decision process whether or not to grant the application to de-register common land were handed the results of the Public Inquiry in May, six weeks after the Inquiry closed on Friday, 20th March. The decision making process appears to have been held up because it had been announced that building work was due to commence this summer.

Ahead of the Public Inquiry in March, Project Director, Chris Herring told Bike Social, “It could take 4-6 weeks (for the Planning Inspectorate) to write the report then once we’ve been through the legal process to get to Financial Close, contracts signed and so on, that could be another couple of months so that means it should be about 4 to 5 months from now to actually start work.”

However, in a recent statement released by the team behind the project, Heads of The Valleys Development Company, Chief Executive Michael Carrick said: “We presented our case to the Planning Inspectorate supporting our application to de-register 250 hectares of common land in Ebbw Vale earlier this year. Our team outlined details of substantial on-and-offsite mitigation programmes, as well as the increase in common land we propose, which has been agreed with the commoners, the council and Natural Resources Wales. We believe these measures will lead to better access, improved maintenance and increased quality of these spaces.”

The decision by the Welsh Government is now not expected until ‘early autumn’.

The ambitious plan already has a committed budget of £120 million which is over one-third of the full project budget. Speaking to Bike Social last year, Carrick said: “We don’t need £200 million to build the track, we need £200 million for the full £315 million investment programme.

He continued: “We don’t need anywhere near that to build the track, we’re in the investment programme for our full funding and it won’t all come on day one but we need to raise funds to enter into a contract to build, which is what we’re focused on immediately.”

What's you view on the Circuit of Wales project?