The car that warns its driver of an approaching motorcycle 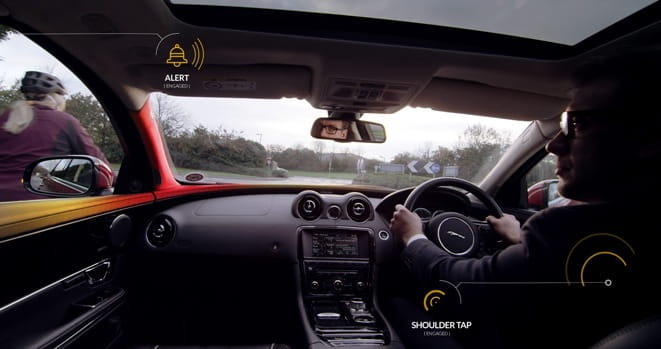 Recent research showed 48% of crashes between motorcycles and cars were the result of the car driver failing to look properly. However, Jaguar Land Rover is developing an on-board warning system which could prevent motorcycle and cycle accidents.

Known as ‘Bike Sense’, the vehicle has a series of in-built instinctive responses, with lights, sounds and vibrations to alert the driver about a potential hazard.

That’s not the best part: sensors on the car will detect the difference between a motorcycle and bicycle and warn the driver using the most appropriate method. For example, a bell will ring from the near-side rear speaker if the car spots a bicycle approaching on the inside. Equally, a motorcycle horn will sound using the closest speaker from the direction the motorcycle is approaching. The car can also vibrate the seat next to the driver’s shoulder encouraging them to look in a blind spot.

A series of LED lights on the window sills, dashboard and windscreen pillars glowing from amber to red as the bike gets closer. The British-firm confirmed the driver would not be overwhelmed with the array of vibrations, lights and sounds because in theory the car prioritises the nearest hazard rather than alerting the driver to every hazard, particularly in busy urban areas. 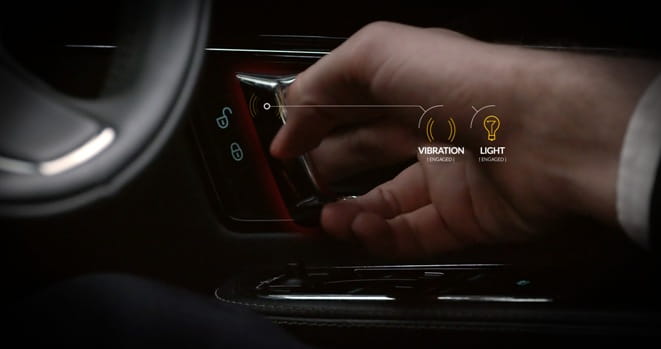 At this stage the technology is still at a concept stage and the man at the top, Dr Wolfgang Epple, Director of Research and Technology, Jaguar Land Rover, said: “By engaging the instincts, Bike Sense has the potential to bridge the gap between the safety and hazard detection systems in the car and the driver and their passengers.”

He continued: “This could reduce the risk of accidents with all road users by increasing the speed of response and ensuring the correct action is taken to prevent an accident happening.”

Here is the official demonstration video:

Announced last month was the news that Jaguar Land Rover would form part of a consortium also including Ford, the University of Oxford and University of Cambridge, called ‘UK Autodrive’. The consortium won the Government’s £10 million ‘Introducing Driverless Cars’ competition.

Testing is due to begin this month which will see a semi-autonomous Range Rover tested in real world conditions on roads around Coventry and Milton Keynes. UK Autodrive has said that the aim is not full autonomy, but a passenger car that is capable of being autonomous for part of the time.

He continued: “While we are looking at how we interact with the driver and other road users in the future with autonomous cars, Bike Sense is researching how we can make the driver act smarter and faster to hazards in their environment.”