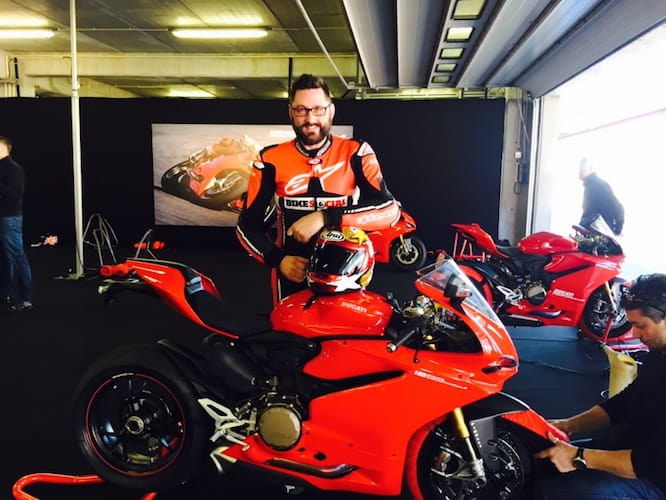 Ducati has just launched its new 2015 Panigale 1299 to the world's press, Bike Social's Marc Potter is at the launch. Here's his first impressions.

The bike features a new 1285cc motor putting out 205bhp, and a host of changes to the chassis including a steeper steering head angle, revised bodywork to give the bike better wind protection, and an incredibly advanced electronics system which features cornering ABS, electronically-adjustable suspension, riding modes, and full traction control. 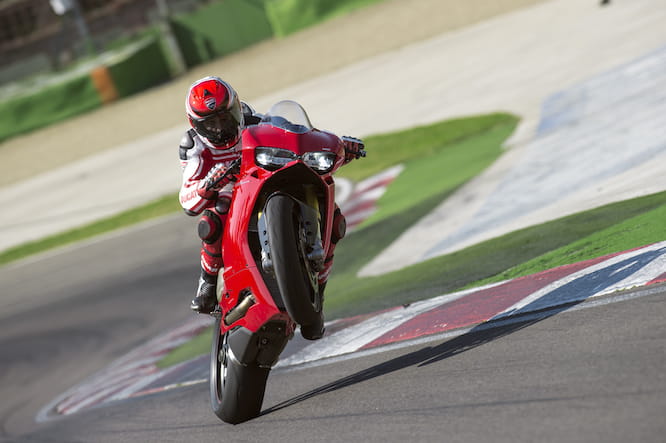 "We're still learning the track and getting used to the bike, but you can already feel its potential. The old one was hardly a slouch and this bike takes that to a whole new level with its 205bhp motor. I'm not even revving the bike out yet as I get to learn the track, but it's got an incredible amount of pull.

"As a bike to learn the track on they don't come much better. It's explosive power is everywhere in any gear. There's no waiting for a powerband, it just goes bam everywhere, in every gear. The electronics are calming things down but it's still wheelying into sixth gear on the power as you come onto the start finish straight - we'll adjust the wheelie control later!

"The downshift system makes you feel like a MotoGP star and feels at home straight away. It's incredible. We haven't used the cornering ABS much yet but it's great to know it's there. In sport mode it's using a lot of traction control. It turns better, stops better and goes better than the 1199. What more do you need to know? Early days but what a bike."

Full test when we've put some more miles on the bike!