Three of the world’s most famous and reputable motorcycle customising houses were invited to each personalise one of the new Ducati Scrambler’s and now they are on display for the first time.

Deus Ex Machina were handed the ‘Full Throttle’ model, Officine Mermaid had the ‘Urban Enduro’ while Mr. Martini got their hands on the ‘Classic’. Meanwhile, the 'Icon' was like the last kid to be picked for the footy team at school and instead remained at home.

All three design houses are based in Italy and their special, hand-crafted creations have been unveiled to the public for the first time at the Motor Bike Expo taking place in Verona from today until Sunday.

The ethic behind Ducati Scrambler relates to “expression, sharing and passion” according to its creators. This formed part of the brief to each of the customising teams, they were free to interpret their given model in their own personal style. The final bikes were each given their own name too; Deus Ex Machina called their striking yellow Ducati ‘Hondo Grattan’ after an all-conquering Australian horse. 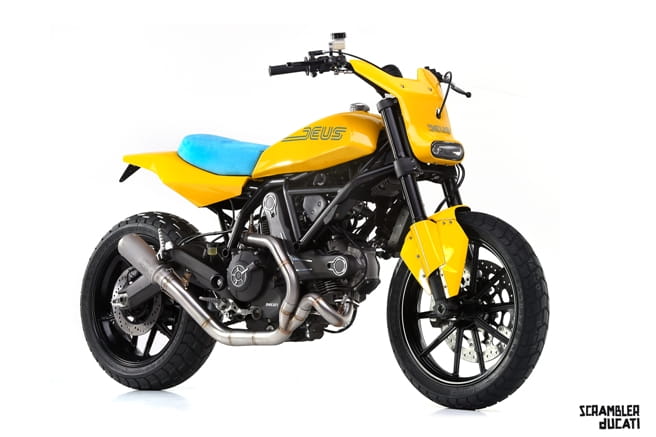 MD of Deus Italy, Filippo Bassoli, described their effort as: “The result of free and innovative ideas where the main focus is on the aluminium bodywork, with a single-piece tail, number-plate support and a headlight inspired by speedway bikes. An asymmetric mudguard completes the project, together with lots of little details such as the positioning of the conic filter within the frame, the disc brake and, of course, the dedicated exhaust.”

Mr. Martini called theirs ‘S.C.R. - Scrambler Cafe Racer’, which sees a brand new nose fairing, tail-piece, exhaust, foot-peg and handlebar mountings and the rear suspension unit. Customiser Nicola Martini said: “Thanks to the bike's versatility, I decided to revolutionise the basic concept, from Ducati Scrambler to Cafe Racer. Although the style is that of a Cafe Racer, this bike has a combination of elements that make it unique; In fact, details such as the high exhaust and knobby tyres retain a decidedly Ducati Scrambler flavour.” 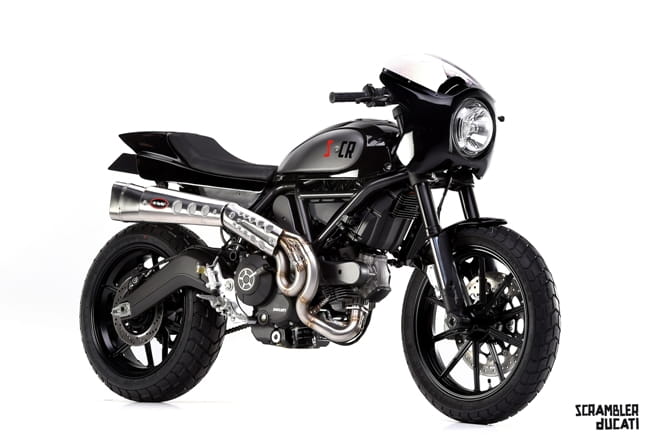 Officine Mermaid named their interpretation ‘Scratch’ to “convey the idea of being scraped or damaged”, according to Customiser Dario Mastroianni, “which fits with its rough-and-ready look that’s spartan and basic”, he continued. They’ve even removed anything that wasn’t necessary on the bike! 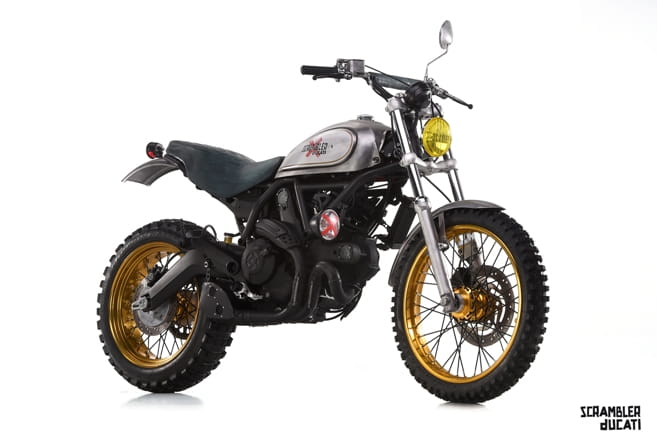 Since its worldwide launch in September 2014, the Scrambler has been one of, if not the, most talked about new models for 2015. The three original versions of these models are due in UK dealerships from early March and are priced at £7,995. The Icon meanwhile is £6,895 and available early next month. 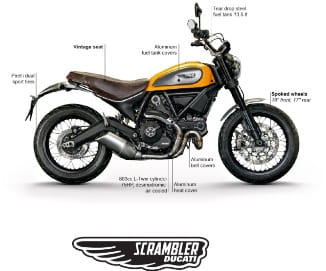 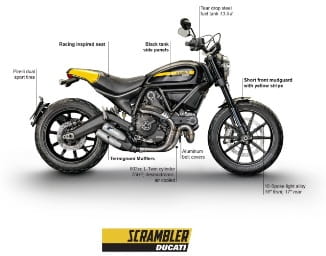 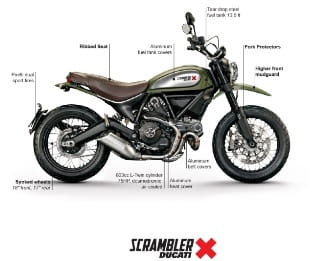 Speaking about the Scrambler’s versatility and potential for infinite customisation, a Ducati spokesperson confirmed: “These creations are just a starting point for further joint projects in the future.”

However, the spokesman confirmed only the original bikes will be on display on the Ducati stand at the forthcoming London Motorcycle Show, 13-15th February.

For us, Scratch gets the Bike Social Best in Show rosette!