Here's a bit of light-hearted Christmas trivia...can you name ten British TV stars who ride? Well it's a good job you're reading this then. 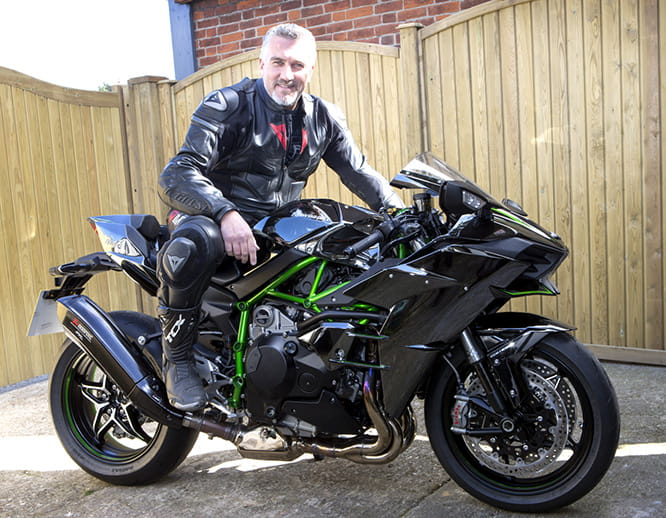 Star of The Great British Bake Off is a lifelong biker earlier this year adding one of the UK’s first Kawasaki H2s to a bike collection including a Panigale 1199 S at his home in Kent. He’s said previously: “Whenever I get the chance I go out for a spin round the quiet country roads near my home. I’ll usually disappear for a couple of hours and that time on my bike is quite sacred, as it's when I do all my serious thinking.” 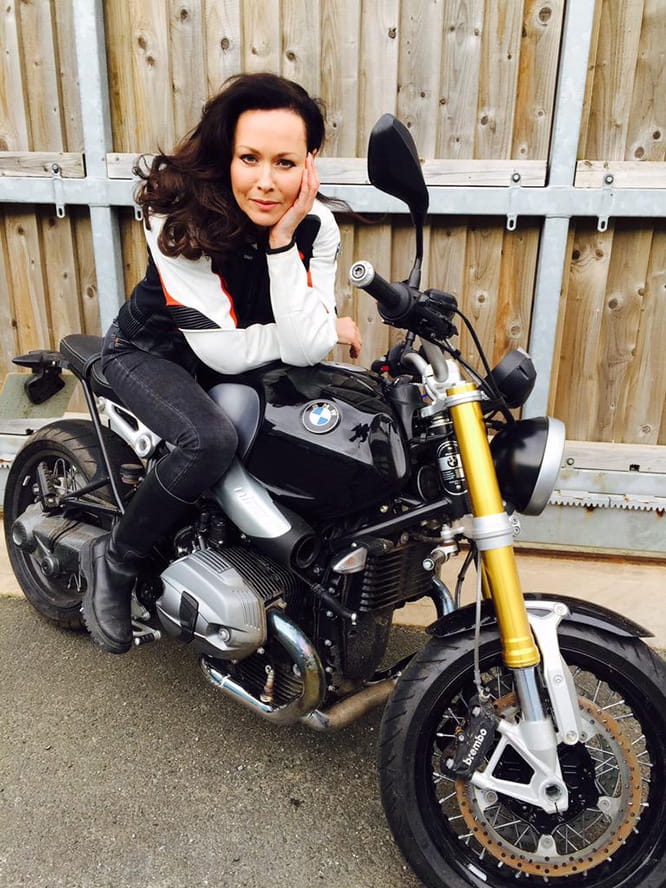 Better known as the fearsome Connie Beachamp from BBC1’s Casualty, Mealing passed her bike test in 2014 while her character is just as much of a biker and has been portrayed turning up for work on a Triumph Bonneville 800. “I am a speed freak and petrol-head,” she’s said. “I adore motor biking. I have a beautiful BMW RNine-T I call Beauty and the Beast. She's stunning to look at and a monster on the road.” 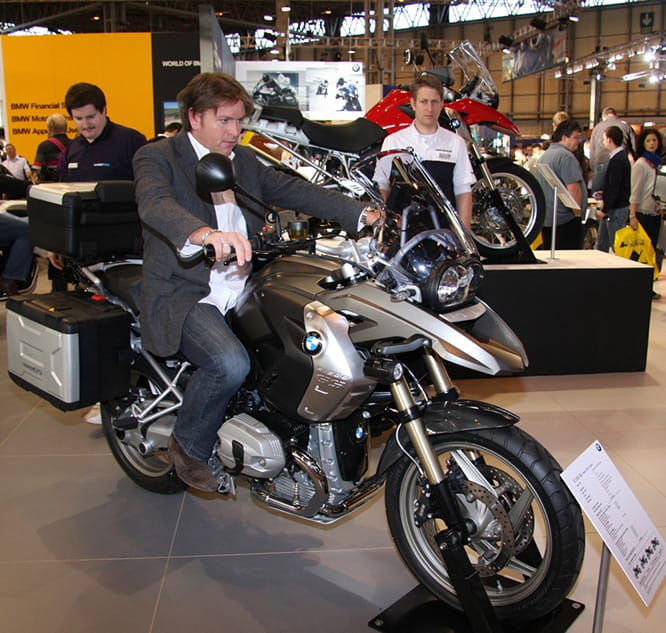 The celebrated TV chef is a reknown petrolhead with a love of both cars and bikes. After growing up in Yorkshire mucking about on field bikes he eventually got his road licence and has since had a succession of Ducatis, Harleys, a Husqvarna supermoto, a Fireblade and even a KTM. He’s said: “I can bugger off for a ride to a good greasy spoon that can be full of bikers and no one gives a shit about what I do. I enjoy the freedom.” 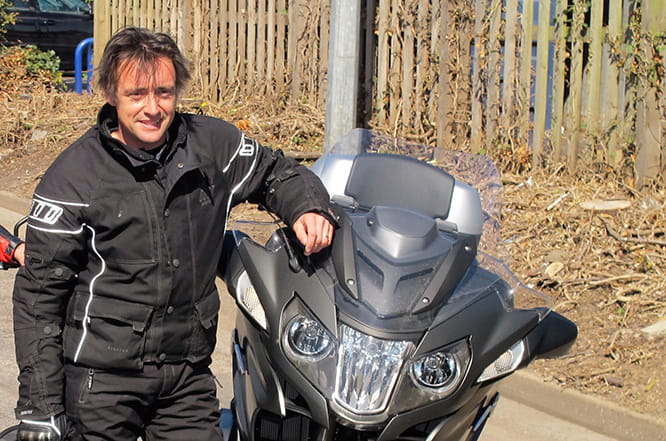 One-third of the ex-Top Gear presenting team is also a life-long bike fan having started with an MTX50 at 16 before progressing through machines including an XL100, CBX750F, ZZ-R600 and CBR1000F. More recently he’s had a collection including everything from a1927 Sunbeam to a Norton 961, Ducati 916, Mk 1 Guzzi Le Mans, Suzuki GSX-R1100, BMW R1200RT and more – although some of these were trimmed down recently via a celebrated Bonhams sale. “I just love riding motorcycles,” he said. “Not on track but just to ride. I love it.” 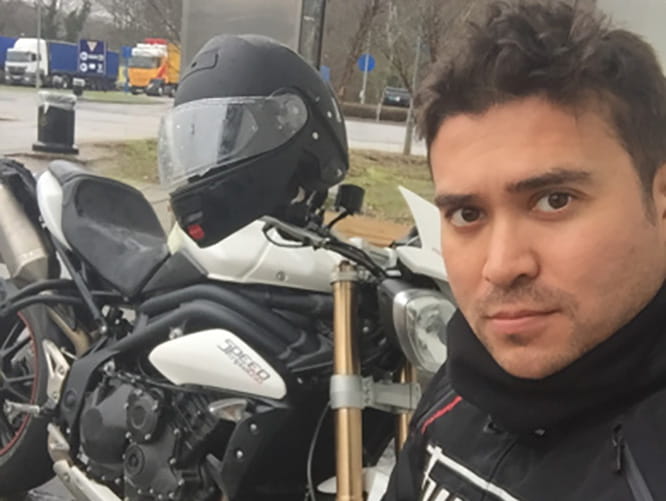 Best-known as a presenter on the BBC’s Crimewatch between 2004 and 2011, Rav is also a Johnny-come-lately bike nut having passed his bike test in 2013. Since then the presenter, who’s also fronted shows such as Crime Scene Rescue and Helicopter Heroes has owned bikes including a CBF1000 and Triumph Street and Speed Triples. He’s also become a regular at the Ron Haslam Race School at Donington Park. 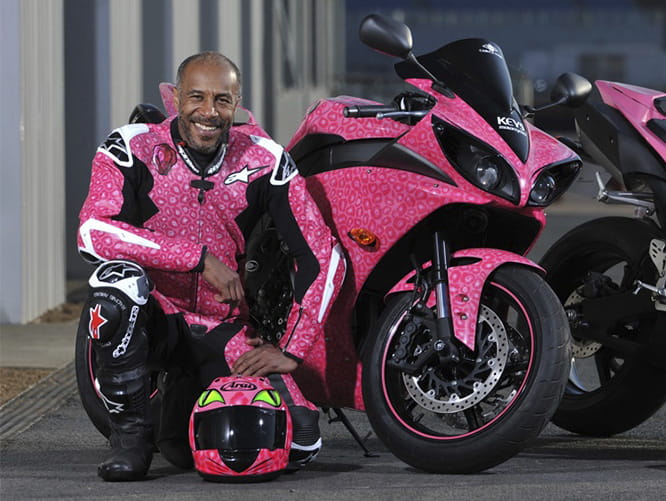 Best known for playing Cat in TV’s Red Dwarf, Danny is also a long time bike nut reknown for riding a pink Yamaha R1 in a series of televised long distance charity rides. Most notably, the actor, also known for appearing as policeman Dwayne Myers in BBC One’s Death in Paradise, teamed up with sport presenter Matt Roberts and entrepreneur Steve Keys for a 1250-mile ride to Valencia in aid of Riders For Health. 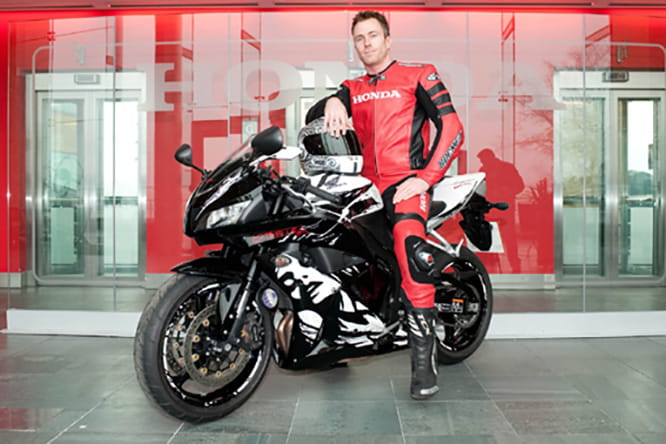 The ex-Strictly Come Dancing star and husband of current (ish) Strictly dancer Ola Jordan is also a keen biker, passing his test in 2007. He said: “As a young kid I wanted to ride a bike so much but my parents would never let me. But since passing my test I’ve been hooked on two-wheels and I think I’ve test ridden every bike imaginable.” Most recently Jordan has had a CBR600RR. (It) “Is where I’m most at home and just love the feel of them.” 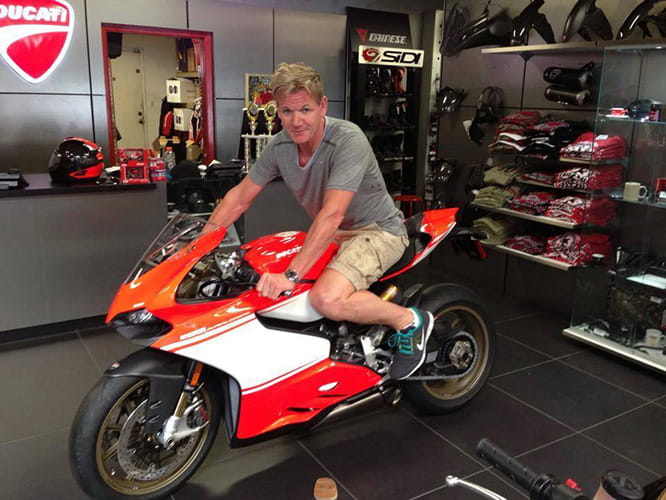 Another celebrity chef who grew up with bikes. “When I came back from my training in France I got a Yamaha FZR 1000 Genesis, then a Ducati 748, then a Honda Fireblade followed by a Yamaha R1 and Ducati 1098S,” Ramsay told the Daily Mail in 2010. “When I'm in my leathers and helmet, I feel completely free and in charge of my world. It's good for your mental state when everything else is pressure and demands. There's no phone, no BlackBerry, no food critic on the back seat. You're away.” 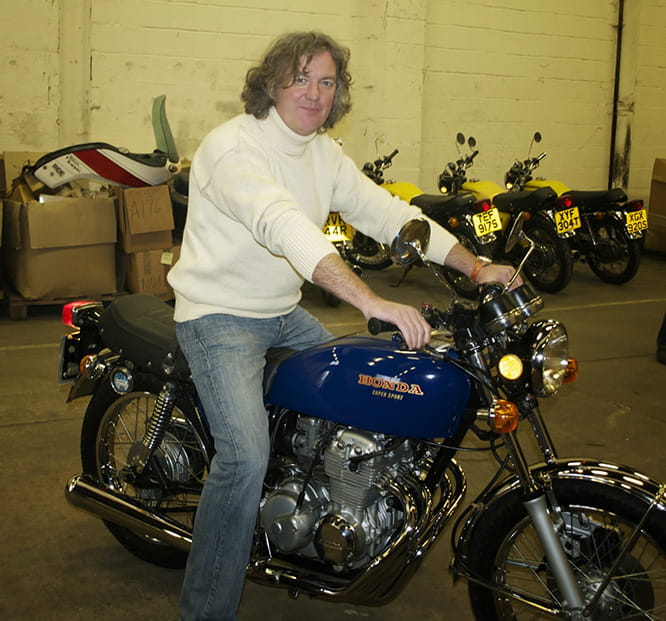 Second third of the ex-Top Gear TV triumvirate is just as bike mad as co-star Hammond and has a particular passion for classic early Hondas. Indeed, his passion is so strong his success has enabled him to assemble an enviable collection of the machines which includes: a 1963 C92, 1964 CYB92 Benly, 1969 CB250K0, 1970 CB750K0 and SS125, 1975 CB400F and XL70 and an RC30. Like Hammond, however, May sold off some of this collection earlier this year. 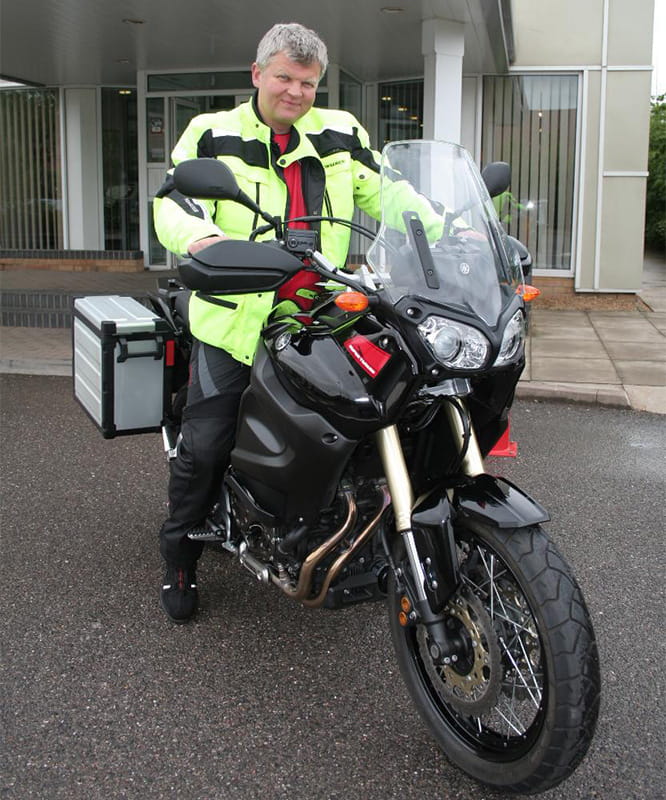 The experienced radio and TV presenter is another celebrity well known for his passion for bikes. Chiles was one of the original hosts of Radio 5 Live before moving to TV’s The One Show then ITV’s Daybreak and becoming ITV’s chief football presenter. Bike-wise he’s been spotted riding, amongst others, a Honda Transalp, Yamaha Super Tenere and an FJR1300 of which he’s said: “It’s a middle-aged crisis bike. Apart from my immediate family and West Brom, it’s the thing I love most.”

Know anyone else who should be on the list?