Turbos, superchargers and the future

Turbos, superchargers and the future

FEW bikes in recent years have caused a stir as widely felt as the one started by Kawasaki’s supercharged H2 this year. Despite being made in limited numbers and a bike that few of us will ever get the chance to ride, let alone own, it’s one that may well be looked back on in years to come as a pioneer.

The reason for this reverence is, of course, the supercharger that’s bolted to the back of its otherwise-conventional four-cylinder engine, pushing power up to nearly 300bhp in the track-ready H2R, and around 200bhp backed up by massive torque on the road-legal H2. While the performance has understandably been the focus of the lion’s share of coverage and interest around the bike, the implications of its use of force-fed engine are actually far wider than that. 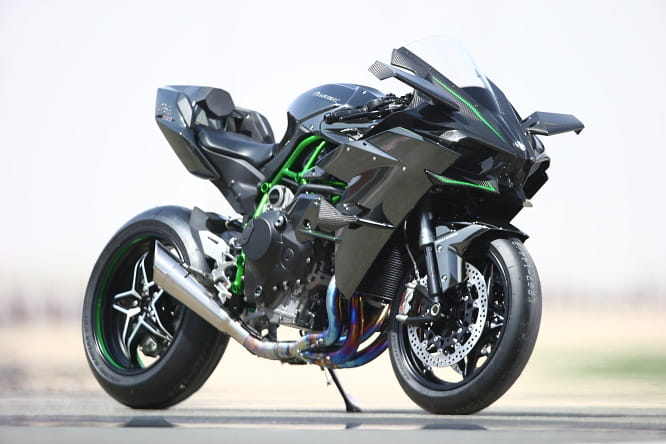 It’s no coincidence that at the Tokyo Motor Show back in late 2013, when Kawasaki first pulled the wraps off the supercharged engine that would later power the H2, it wasn’t the only force-fed showstopper on display. Suzuki’s much tamer Recursion concept bike – a 588cc parallel twin with an exhaust-driven turbocharger boosting it to 100bhp – was also on display. And while they’re less vocal about it, other manufacturers including Honda area also hard at work developing tubocharged and supercharged bike designs as you read this.

The reason isn’t just that they all want to win some future Top Trumps game for the most ridiculously powerful bike ever made. That might be a side effect, but the real issue here is an attempt to simultaneously satisfy the contrasting desires of customers, who constantly demand improvements in performance and economy, and governments that keep tightening the thumbscrews of emission legislation. How do you make a bike that’s faster than the best your engineers could make last year while also burning less fuel and spewing cleaner gas from the tail pipe? With technologies like battery or fuel-cell powered electric bikes still unsatisfactory in terms of meeting the price, performance and range demands of buyers, forced-induction – whether by engine-powered supercharger or exhaust-driven turbocharger – is the only viable answer.

No, it’s not as sexy as talking about BHP but there’s no denying that the emissions angle is the main driving force behind forced induction.

You only have to look at the trends in car design – where engineers already have to meet tougher emissions standards – to see that turbos and superchargers are fast becoming the norm, even on mundane models, where they can be allied to smaller-capacity engines to offer a combination of better performance and improved economy when compared to their naturally-aspirated predecessors. Even firms that have traditionally spurned forced induction – notably Honda and Ferrari – have given in. The adoption of turbocharged engines in F1 racing since 2014 comes at the request of engine manufacturers who believed that the previous, non-turbo motors didn’t reflect the technologies in their production vehicles – effectively admitting that the era of the naturally-aspirated internal combustion engine in mainstream production, the dominant design for more than a century, was coming to an end.

For a real-world illustration of the benefits offered by forced induction, we looked at the emissions performance of Kawasaki’s two top superbikes, the ZX-10R and the H2. The best comparable figures come from America, where all road vehicle emissions results are published, and mean we can compare the road-going H2 to the US-spec ZX-10R, which is actually cleaner and some 20bhp less powerful than the European version, with its power peak moved 2000rpm lower down the rev range to 11,000rpm in an effort to clean up its act. 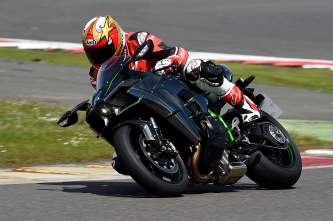 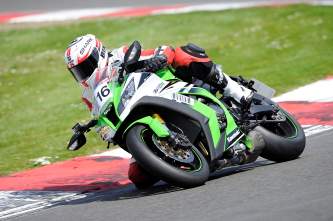 In terms of power, the H2 has a clear advantage, with 197bhp at 11,000rpm compared to 177bhp at 11,000rpm for the US-spec ZX-10R. However, its emissions performance – at least in areas that are restricted by law – are also significantly better. Under American test conditions, the H2 pumps out 1.062g/km of carbon monoxide compared to 1.405g/km for the ZX-10R. Its nitrogen oxide emissions are also lower, as are its hydrocarbons. Only in terms of carbon dioxide is the H2 ‘worse’ than the ZX-10R. That isn’t surprising since CO2 levels are usually very closely linked to power output and also tend to rise when ‘nastier’ emissions like carbon monoxide are reduced (burning petrol more efficiently will reduce CO and unburnt hydrocarbons but increase CO2, which is the natural by-product of oxidising carbon-based fuel).

Bearing in mind that the H2 achieves these impressive emission results while chucking out significantly more power and torque than the ZX-10R, it’s easy to see that a smaller-capacity forced-induction engine could match current 1000cc superbike performance levels while providing significantly better emission results than the H2 manages. And the H2’s supercharging system isn’t even terribly advanced – the addition of an intercooler to reduce the intake air temperature (which rises as the air is compressed) would make it more efficient still, at the expense of being more complex and harder to package in the tight confines of a bike.

Why does all this matter? Well, emissions laws are getting tougher. In Europe bikes will have to meet new Euro4 legislation by the start of 2017 and even stricter Euro5 limits by the beginning of 2021. Those 2021 models will already be under development as you read this, and it’s a certainty that at least some will be using forced induction to do it.

Turbos and superchargers. What are they and what’s the difference?

First of all, they’re both superchargers. The turbocharger – or turbo-supercharger – simply takes its drive from a different source.

Let’s start with the basics. Suck, squeeze, bang, blow. That’s the way a four-stroke engine works. It sucks in a combination of air and fuel as the piston goes down on the intake stroke, it squeezes the whole lot (usually compressing it into a space around 11 times smaller than its initial size) on the compression stroke. That makes it burn more fiercely when the spark plug sets fire to the whole lot at the top of that compression stroke. As it burns, the result is a load of exhaust gas that expands with a significant force, pushing the piston back down again in the power stroke. And finally there’s the exhaust stroke – the ‘blow’ bit – as the piston rises again, pushing out the last remains of the exhaust gas before the process starts all over again. Rinse and repeat, many times every second.

A supercharger – whether engine or exhaust driven – works by compressing the intake air before it even enters the cylinder. That means a cylinder of a given capacity – say 250cc like those on the H2 – will be able to accommodate more gas than it would if it were normally-aspirated. The maths of exactly how much air gets into the cylinder is complex, and of course it varies depending on supercharger speed and the pressure it attains, but the effect is similar to having a larger cylinder.

So, in short, the H2’s engine, while only 1000cc, is working like a 1300cc, and its peak power and torque figures reflect that. But it’s not working very hard to do it, allowing the emission to be much lower. Increasing the boost and adding a freer-flowing exhaust without the emissions-cutting kit means massive power increases are possible – as reflected in the H2R’s 300-odd horsepower output from the same basic engine design.

So, what’s the difference between a supercharger and a turbo? Well, the engine-driven supercharger, as used on the Kawasaki, is powered by the engine’s crankshaft via belts, chains or gears. That means the speed that its compressor wheel spins at – peaking at around 130,000rpm – is directly related to how high the engine is revving. That’s good in terms of response because it means the increase in boost pressure is gradual and directly connected to the engine’s speed. It should lead to a predictable throttle response. 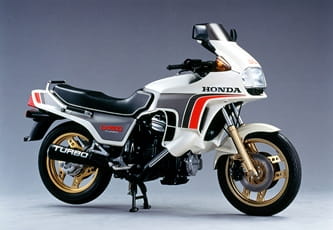 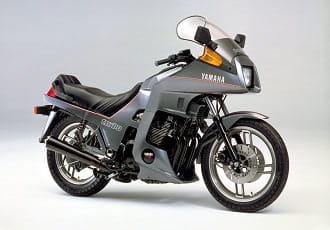 On the down-side, an engine-driven supercharger saps power at the same time as it makes it. The engine is working to spin the compressor and to squeeze all that air, which sucks away horsepower. That’s why a lot of engines that are designed with peak performance and fuel economy in mind (ie efficiency both in terms of how much fuel they use and how well they convert that fuel into power) use turbochargers instead.

Turbos, or exhaust-driven superchargers, work on the basis that the gases that result from burning air and petrol together will expand to a fill a larger space than the engine’s cylinder. That means that even after the exhaust valve is open and the piston is purging the ‘spent’ gas after burning it, it’s still expanding. That means it’s carrying energy, which on a non-turbo engine is just blown out of the tail pipe.

Turbochargers use that ‘waste’ energy, the fact that exhaust gasses are still expanding even as they leave the cylinder, and use it to spin a turbine (hence ‘turbo’ charger). That turbine is connected to a supercharger (compressor) via a shaft, and can easily spin it to the sort of speeds needed, say around 200,000rpm.

That’s great, because it means you can get the supercharging effect ‘for free’ without spending any horsepower generating it. But it also has disadvantages, mainly in the fact that the turbo will only start to spin at those high speeds once you’ve opened the throttle and started getting some serious gasflow through the engine. Which means there can be a delay between asking for full power and actually getting it – that’s what ‘turbo lag’ is, and on a bike it’s not good news. The solution tends to be a smaller, lighter turbo that spins more easily, but that in turn begins to put a limit on how much power can be made, while turbocharged engines might also need a higher compression ratio to improve their off-boost performance – great, apart from it then limits how much boost can be added when the turbocharger is blowing.

After the H2. What’s the next boosted bike?

There hasn’t been any official confirmation yet, but the evidence suggests Suzuki’s Recursion concept is more than just a pie-in-the-sky show-stopper. The firm has filed dozens of patents describing the minutest details of its 588cc parallel twin engine, which uses a small, low-pressure turbo to mildly boost its performance to 100bhp and 74lbft of torque – numbers roughly equivalent to a lazily-tuned 1000cc twin (in fact the numbers are near-identical to the performance of the firm’s V-Strom 1000 engine).

And that’s quite a tempting proposition, since its fuel economy under normal use should be more in line with what you’d expect from a sub-600cc twin, and the overall package is small and compact. 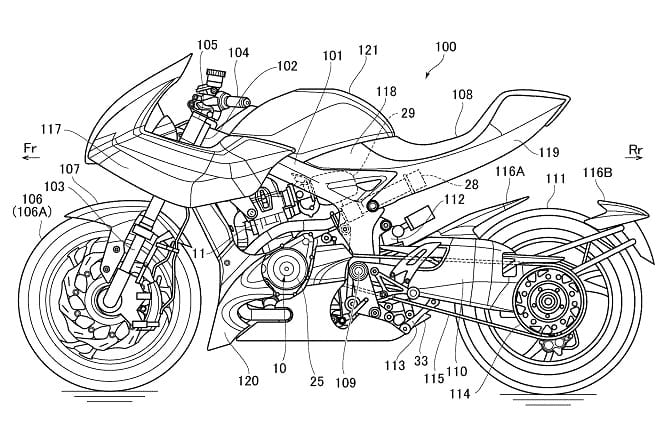 Unlike the H2, the Suzuki uses a turbocharger instead of a supercharger and gets an intercooler to reduce its intake air temperature.

Looking further into the future, Honda has patented several supercharged designs, including a boosted, half-faired version of the NC750 – another engine that’s got the sort of lazy, detuned nature that might benefit from a bit of boost – and a more radical, reverse-cylinder inline four.