The Driver and Vehicle Standards Agency (DVSA) are rolling out a new, internet based MoT system. But repeated crashes have forced bike and car MoT stations across the UK to turn away customers. Many working hours have been lost as testers struggle to get to grips with a system which was meant to save them time and save the government money.

Dual running was promised as part of the package along with full technical support. This has not happened. Old systems have been switched off and when the new system fails, frustrated testers have experienced difficulty contacting the DVSA help line. 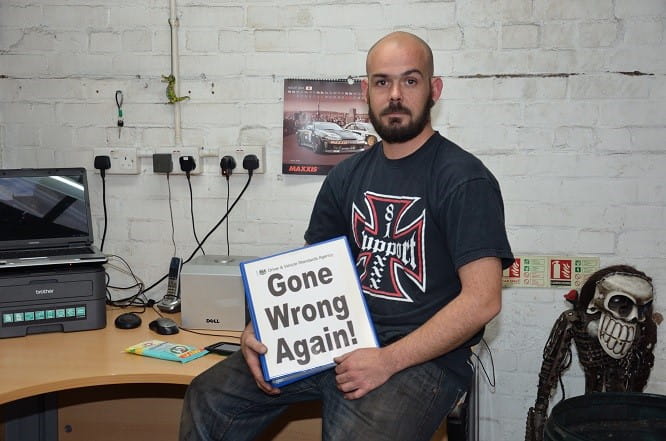 Alan Booth, who owns AB Motors in Peterborough, where they test bikes and cars said, “It’s been nothing but trouble since we started using the service last Friday. We’ve had to turn customers away. You cannot guarantee that you will be able to do the test. You don’t know until you log in if the system is going to work or not.”

There is a fallback, labelled the contingency test by the DVSA, which requires a tester to download and print forms which can then be filled in by hand but if the system is down, the forms are not avaialble, leaving the tester with no choice but to wait until it is working again.

Bikes and Trikes MoT tester Ben Harlow, had to spend a day and a half entering details on the system of tests which he had been forced to do manually thanks to repeated crashes.

That’s time I could have been spending on other MoTs or on normal reapirs,” he told Bike Social.

“I can see that it will be good when it’s working properly but it's been a bad start,” he said.

The system was developed by Kainos. Kainos Project manager, Tim Field, speaking on a DVSA video, made much of the company’s abiltity to develop robust software. DVSA team leader on the project, Neil Barlow, was emphatic that the new system will be better for everyone.

So far, their optimism appears to have been misplaced.

Alistair Peoples, Chief Executive of the DVSA, sought to play down the problems in a statement released today

“There was a short delay in some MOT services earlier this week due to an IT issue but contingency plans were in place and MOT certificates could still be processed manually.”

Tester Ben Harlow told Bike Social that they had problems all of last week as well, not just this week.

Software developers Kainos did not reposnd to our request for comments.

Have you experienced any MoT problems?  or