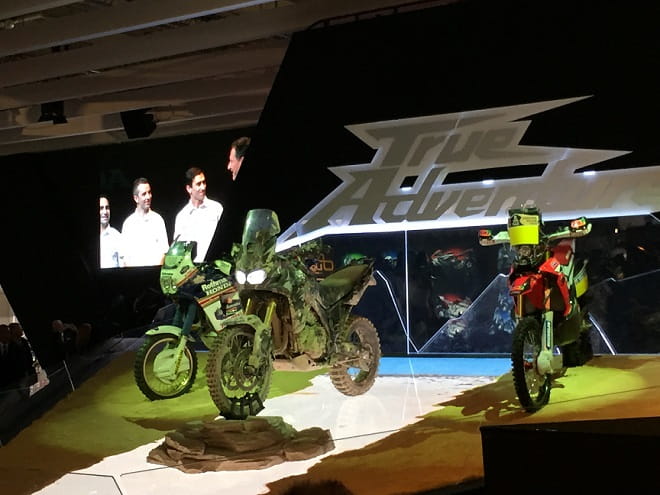 New details of the True Adventure concept, shown at last year’s international motorcycle shows, have now been leaked to Bike Social by numerous sources close to the project.

It looks increasingly more likely the bike will be called Africa Twin after the legendary 650 and 750 twins of the eighties and nineties. When referring to the bike, the Africa Twin name was used by our sources, even though the previous XRV750 Africa Twin road bike was dropped in 2003.

The crossplane crank system (whatever Honda has decided to call it) will be a first for Honda, although Yamaha use a similar set-up on the MT-07 and MT-09 range, and also on the YZF-R1. 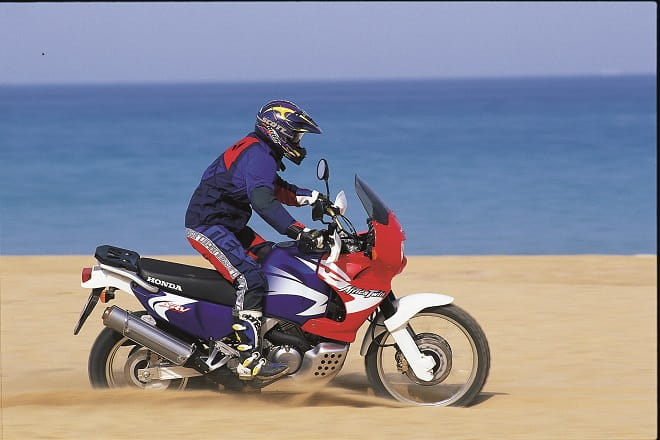 A new version of Honda’s Dual Clutch Technology (DCT) will also be used on the bike. It’s believed to use a new variation of the system so it stays in gear at low speed. The current system, like the one used on the Honda Crosstourer engages neutral at low-speed and essentially coasts.

The new DCT system improves the bike's ability off-road and plays to Honda’s press release last year which set it up as a true adventure bike that was able to cope off-road.

An advanced range of electronics is also expected to feature the biggest range yet of settings for different riding conditions on an adventure bike. Like the KTM advcenture bikes and BMW GS, the system will allow different levels of sliding, and ABS when on or off-road.

The prototype of the bike first shown at the Milan Show was mud splattered and taken straight out of Honda’s testing programme, stripped of sensors and taken to the show. It was parked next to the NXR 750 Dakar bike (which the Africa Twin road bike was based on), and the CRF450 Rally bike to show its off-road heritage and intent.

Honda Insiders have revealed that a whole host of video promotional films are continuing to be filmed building up the hype for the new bike ready for its release, expected to be at Milan in November.

Three videos have been released so far to build a vision for the bike and reaffirm Honda's off-road and Dakar heritage.