How to stay legal at the Isle of Man TT races 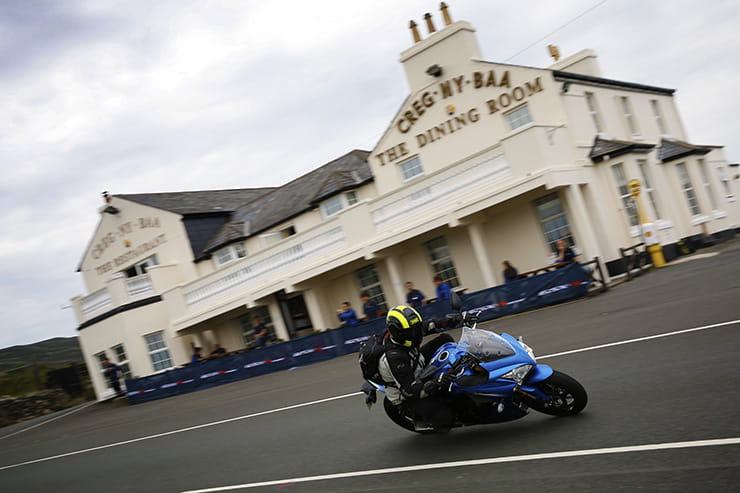 Riding at the Isle of Man is an experience every rider should have; from the stunning scenery to the unrestricted speed of the mountain section. But there are laws, and the Isle of Man police have warned that they will be clamping down on offences, especially during the TT period, from 25 May to 7 June…

Is there a speed limit on the Isle of Man?

While there are speed restrictions in built-up areas, the National Speed limit sign means that there is no speed limit on that section of road. 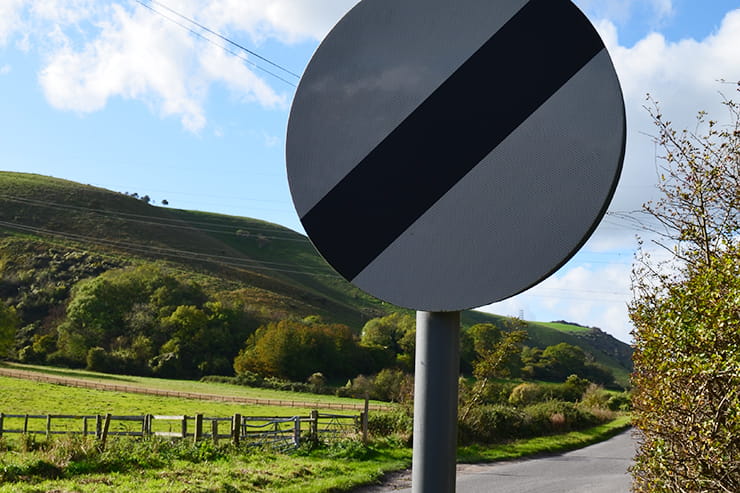 On the Isle of Man, the National Speed Limit sign means unrestricted. In the UK, it means 60 or 70mph, depending on the road.

So I can ride as fast as I like?

You must – of course – ride safely. While there’s technically no speed limit in some areas, you must still ride at a speed that’s suitable for the conditions, and remember that homes, farms and other businesses all use the roads around the island. You can still be charged with reckless or dangerous riding.

Officers will be using new body-worn cameras that allow unprecedented levels of evidence-gathering for a wide range of incidents. When in use, the recorded image is displayed on the front-mounted screen, along with a bright red flashing light.

During the two-week TT period the A18 Snaefell mountain is typically made one-way. Still check the signs on the entrance to the road every time, to be sure the one-way system is in place, and ride with caution, as there's no guarantee someone might not have got confused along 13.5 mile route.

'Mad Sunday' is usually on the Sunday in the middle of the event, with thousands of bikers riding the course at the same time, so the road will be full of riders and drivers using all kinds of bikes and cars, and with all levels of ability. Personally, I’d strongly recommend you ride the mountain course on any day BUT Mad Sunday, in order to enjoy it at its best. 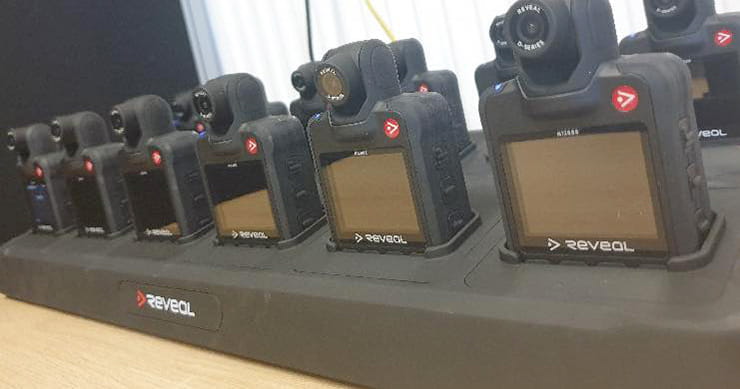 Police at the TT will be using new body-worn cameras.

Any other laws I should be aware of?

Small number plates are likely to result in you being stopped, all your details checked and being fined and then sent to look for an IoM garage that can produce a new, legal number plate for you. Should you continue to keep riding with your illegal plate, you’re likely to appear in court, and your vehicle could be seized.

The police will also be checking for stolen or cloned vehicles in both Douglas and Liverpool. Many of the top TT riders this year have supported police or anti-theft initiatives, and Merseyside police will be continuing to work hard to reduce thefts from those visiting.

The attraction of ‘no speed limit’ at the Isle of Man is that you can ride at your own, safe pace, without worrying about speed cameras. For your sake, for the locals, and for the future of the world’s most spectacular motorcycle event, please ride safely. 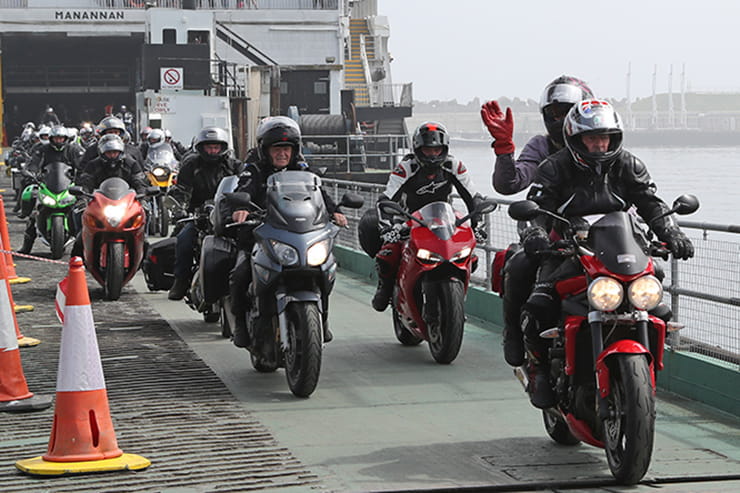 Do I need my passport to go the Isle of Man?

No, not if you’re travelling from the UK as the Isle of Man is part of the common travel area, so you don’t need your passport to board a ferry. But you might need it if you’re flying, as many airlines require a photo ID.

Is my UK licence valid on the Isle of Man?

Some new riders have been known to remove their L plates before they get off the ferry, but they could have their bikes seized and appear in court within a few days. The Isle of Man police will also speak to the rider or driver’s insurance company to find out if they’re still covered despite not riding or driving in accordance with their licence. They’ll most likely find that their insurance is invalid, so could appear in court for that also. 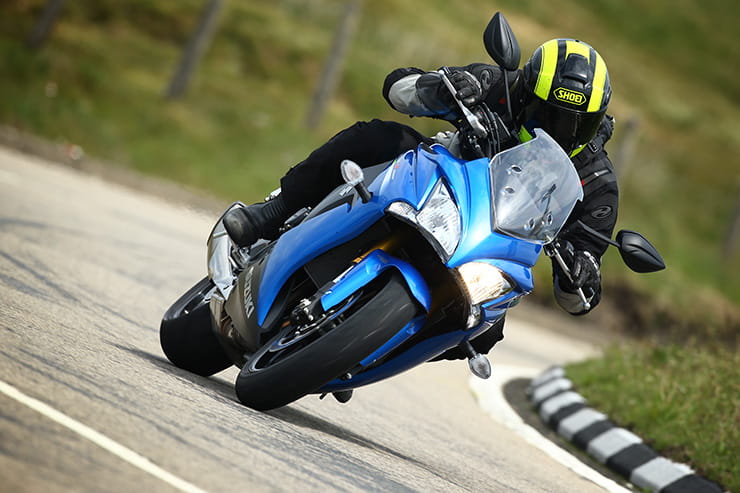 Am I insured to ride on the Isle of Man?

A minimum of third-party insurance is required, and Bennetts Insurance policy holders are covered to ride in the Isle of Man – if you’re with another insurer, be sure to check your policy details. If your bike is damaged or breaks down, you'll need to ensure your have adequate repatriation cover in place for your motorcycle – Bennetts Insurance customers with European RAC cover will be able to get their bikes back, as it's a territory covered by the policy (despite the island not being part of the EU).

Do I need travel insurance in the Isle of Man?

Travel insurance is well worth investing in for any trip, whether on or off the motorbike, to ensure you’re protected against travel disruption, lost documents and baggage, as well as medical expenses. If you are riding, be sure to check the terms of your policy, as many travel insurance providers will only cover riding of small-capacity machines, if at all.

Bennetts Motorcycle Travel Insurance covers you on any size of motorcycle as the policies are designed specifically for riders, but can also cover the whole family for all of your holidays throughout the year – you can find out more by clicking here.

Bennetts Motorcycle Travel Insurance includes repatriation for you, or any of those people covered by your policy, if taken ill.

Visitors to the Isle of Man from the European Union outside of the UK should note that the island is not part of the EU, so the EHIC card is not valid.

Can I use English money in the Isle of Man?

While the Isle of Man does print its own currency, the British Pound, or Sterling, is fine to use on the island.

One Isle of Man Pound (IMP) is worth one Great Britain Pound (GBP), but the Manx notes aren’t usually accepted back in the UK, so try not to leave the island with any – get your change in Sterling.

Visa, Mastercard and American Express are all widely accepted, and you can get cash from ATMs around the island. You shouldn’t see any fees as transactions will be in Sterling, but you might want to check with your bank or credit card provider if in doubt.