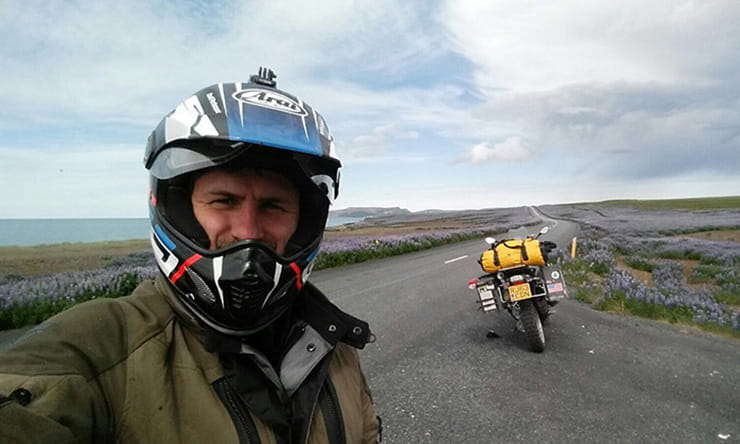 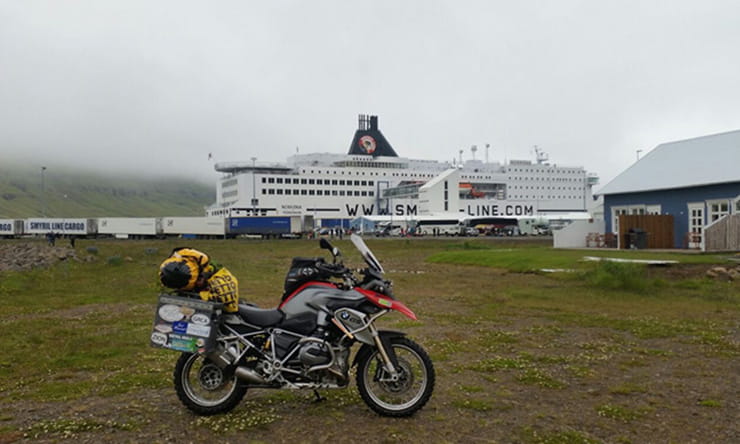 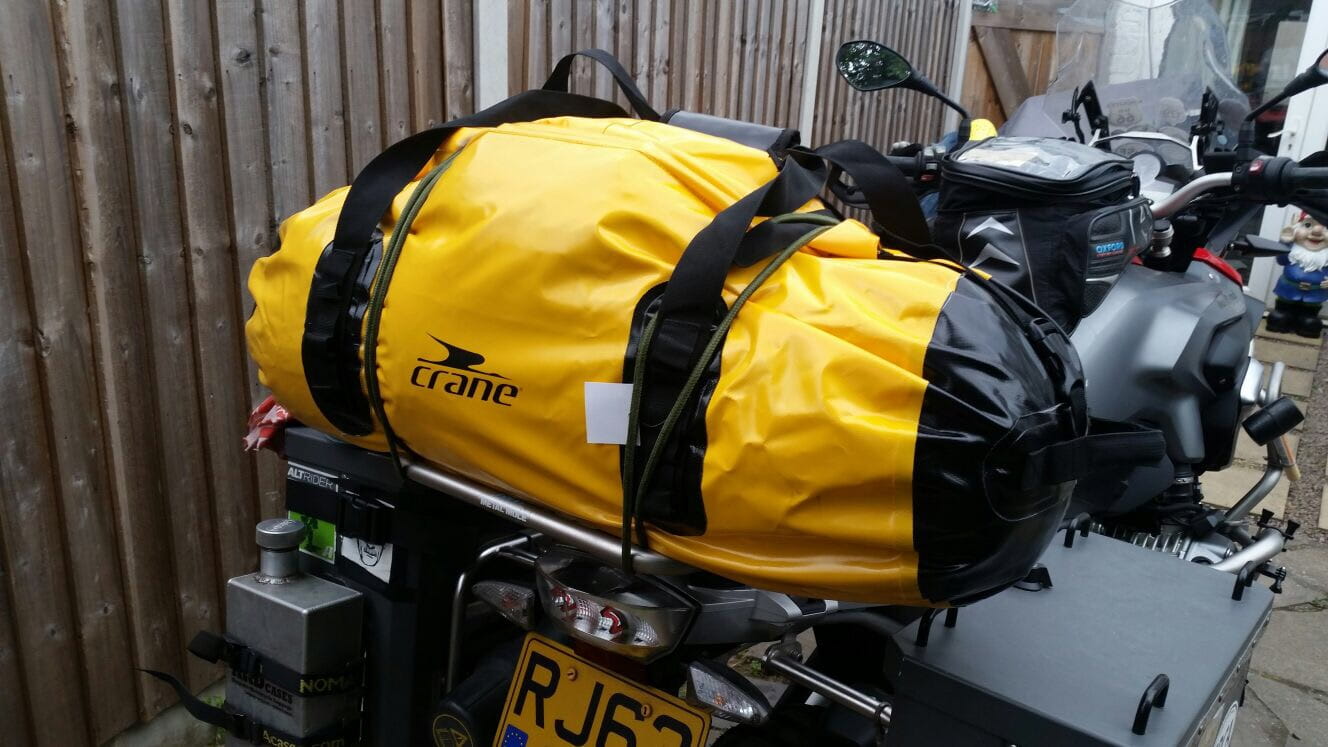 As I write this, I’ve been in Iceland for three days, plus the four it took me to get from the UK to the top of Denmark and across on the ferry to Iceland. It feels like I’ve been on the road a lot longer.

I initially thought that if I were to do it again I’d freight the bike from Immingham on the east coast near Hull and fly in. But after two days at sea on the ferry from Denmark, it’s something of a buzz to ride down the ferry’s ramp and know that you’re in Iceland, where the trip begins.

It’s not as cold here as people were saying it was going to be – I’ve had highs of about 18°C and lows of 8.5°C; It feels like riding in an English spring. It just seems to change so rapidly – one minute sunshine, the next rain, but I’ve not been cold and I’ve not been too wet. I’m wearing Kevlar-lined jeans, a jumper, riding jacket and a waterproof over-jacket from the army surplus store. It has been windy, as people said it would, but not enough to blow you off the bike.

People tell you it’s expensive here in Iceland. It is if you eat out and stay in hotel – a bit more than London prices. – but I’m camping, and camp sites are about £10 a night. Petrol is the same per litre, and while food from the petrol stations is a little bit more than back home, coffee at a petrol stop/café for example is about £3.50 a cup, but that’s with unlimited free refills. A burger and fries is about £12, but for evening dinner I’m just cooking food I brought with me on a stove, so a day’s budget is no more than £40… about the same as it would be for a similar trip in mainland Europe.

The scenery is varied. Sometimes volcanic with black charred earth (like cooled coal embers from the fire), the next green and watery like Scotland. The highlights so far are the boiling cauldrons where the water is steaming from the earth – the smell of sulphur is strong. It feels like the island is alive and still changing, moving around beneath you. 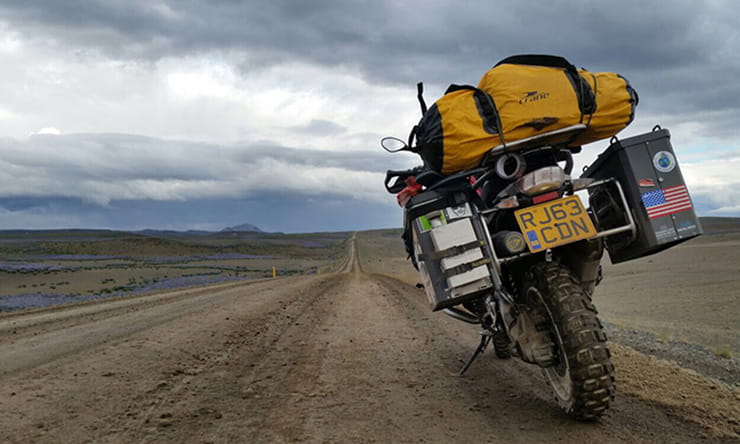 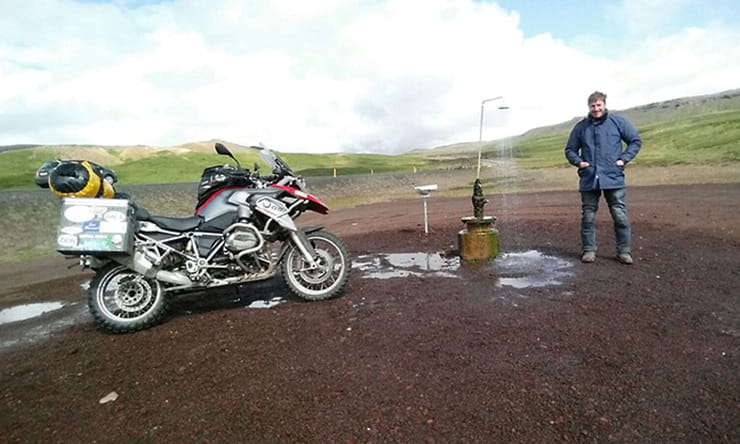 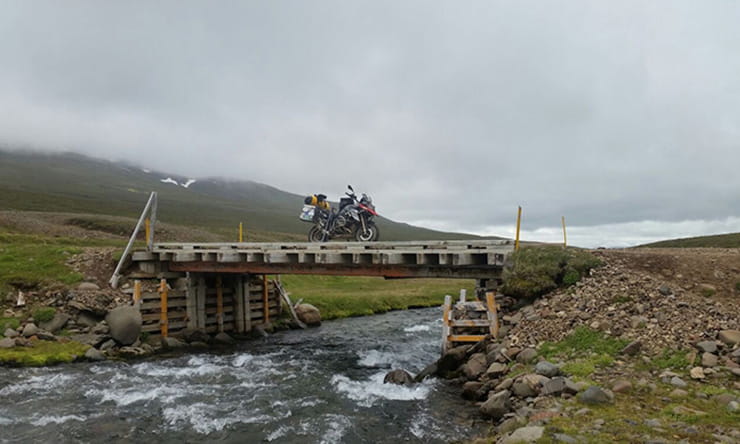 The extra evening daylight is also good – it doesn’t really get dark, meaning you can ride well into the evening without worrying about losing the light. Last night I was still on the road at 9pm; there was an eerie light and a dark menacing sky. Visually it’s not pretty, but it is very distinctive.

It’s also busier than I thought it would be here. The main Route 1 that goes all around the island (about 850 miles in total) seems to be a bit of circuit for the car rental and bus excursion brigade. At tourist hotspots and roadside cafés there’s a crowd coming in as one goes out. The worst drivers are the rental car drivers – you can spot them a mile off because they usually have one wheel on the centre line, or over it on your side. I’ve seen a few other bikers but not many, though it’d be an easy place to come for your first overseas bike trip; the roads are good, there are loads of campsites and the island seems completely set up for tourism. Everyone speaks English.

I’ve enjoyed getting away from the main Route 1. On day two I headed up into the north east of the island, past the Detifoss waterfall along some simple gravel trails, then stopped off at a roadside diner that was in the middle of nowhere. In places like this, Iceland really does have that Alaskan wilderness feel to it, which I love. After that I headed around the coastline, again on a compacted dirt road, another car every 15 minutes or so. You pass a few houses and small communities, making you wonder who lives out here. I headed out to the lighthouse that’s just 800 metres south of the Arctic Circle, and the most northerly tip of Iceland. You have to ride a big, bouldered sea wall to get there – I dropped the bike on the way back and thought I’d cracked the cylinder head cover. Thankfully not, but a reminder not to get too carried away on a big bike when riding solo.

I aim to tackle the interior roads where it’s all gravel with river crossings, but I’m building up the courage for that, and probably ought to wait until my wife’s been and gone for the five days she’s joining me for, before wrecking the bike in a river. A group of people on trail bikes would have a blast out here – there’s so much dirt to ride.

But there are roads for everyone – good Tarmac, hard-packed dirt, gravel, and even sand if you go looking for it. I keep seeing a guy on a Harley Davidson and another on a cruiser, so you definitely don’t need a GS or adventure-styled bike. I also met a British chap on the ferry riding a Royal Enfield Bullet 500, and have ridden with him a little bit. It’s nice to have some company.

Navigating is easy. You don’t need a sat-nav here, and I think in a couple of weeks you could get around the island and see plenty of the sights. The best maps I’ve found are the free ones from the tourist information centre designed for cyclists – they seem to show the same information a motorcyclist needs as well. It’s just a shame that bike rental is so expensive, at about 300 Euros a day. It’s also a shame that Iceland’s such a pain to get to, but on first impressions I reckon it’s definitely worth the effort. I just hope the bike keeps starting. Today the starter button jammed. I sprayed it with WD40. Fingers crossed for tomorrow... 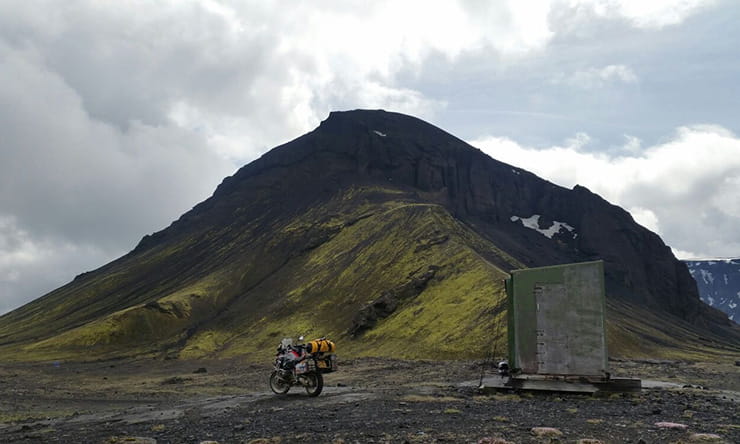 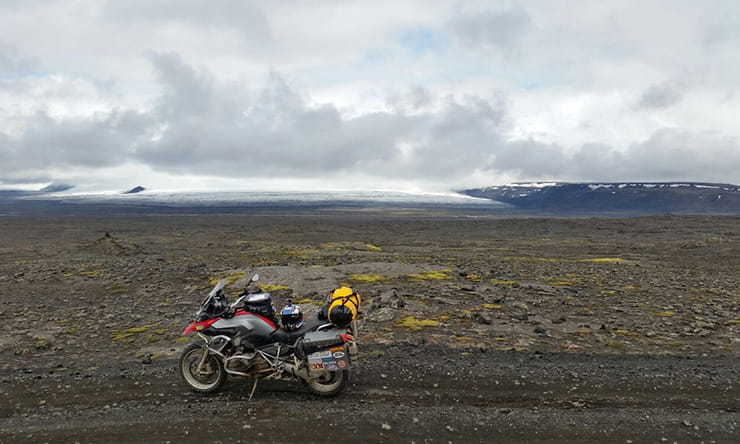 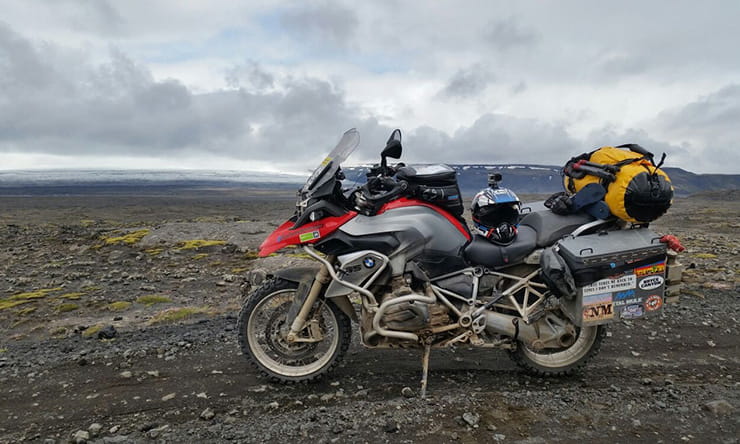