BikeSocial's guide to the 2017 isle of Man TT 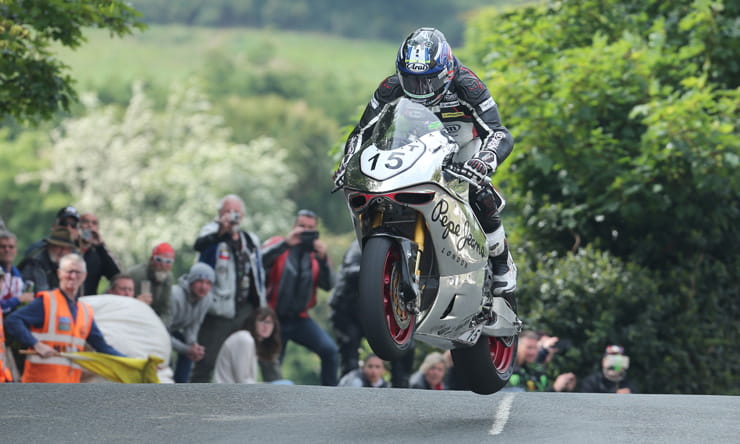 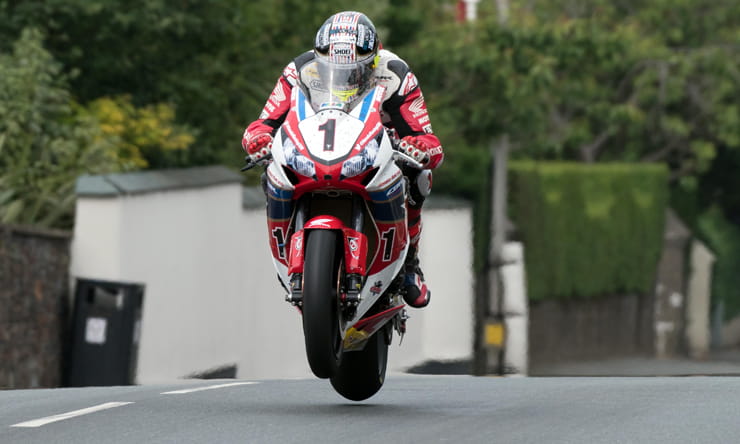 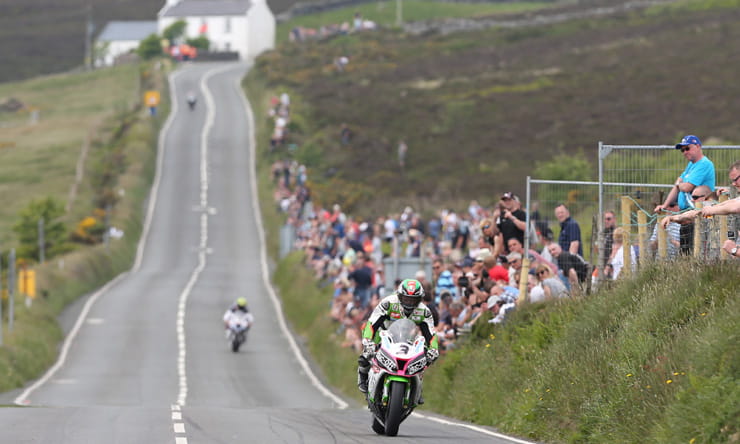 With the greatest motorcycle road race just around the corner, BikeSocial brings you the final instalment of its guide to all the best motorcycle racing. We have already covered British Superbikes, World Superbikes and MotoGP, so now the Isle of Man TT takes centre stage in this comprehensive guide.

The Island and the history of the TT

The Isle of Man (IoM) is a 31-mile-long rock of land that sits 37 miles out in the center of the Irish Sea. The IoM has a population of 85,000, but for a handful of weeks this number will swell to double as fans travel from across the globe to watch the races. The IoM is completely transformed from a picturesque holiday destination into one of the most torturous and fastest racing circuits in the world. Certain roads around the island are closed to allow riders to take part in pre-arranged practice, qualifying and race sessions. The fact that the whole island is almost brought to a standstill to allow the racing to take place is testament to the Manx people’s pride in the event.

The IOMTT is called a race but is in fact a time trial where riders battle on track, riding alongside each other but with the aim of achieving the fastest time at the end of the race. This means that the first rider to cross the finish line is not necessarily the winner of the race. Riders leave the start line at 10 second intervals in what is known as a clutch start, this is to allow the rider in front time to get away and up to speed while the rider behind has time to slow down should an accident occur ahead. The word ‘Clutch’ is used as the riders are physically held by a hand on the shoulder, the starter will then give them a ‘pat’, the signal to leave the start line and race. Less than 10 seconds later the riders plunge down the infamous Bray Hill at over 170 miles per hour. 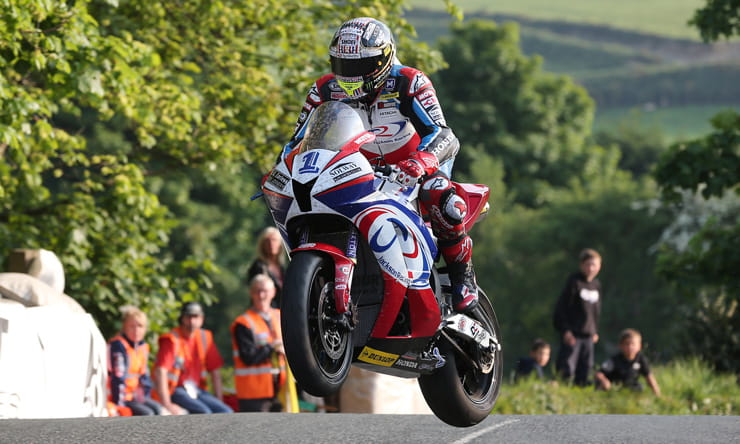 The Isle of Man TT races are split up into classes of bikes that have different specifications, power outputs, engine configurations and race distances. There are also different classes for bikes that are originally designed as road going vehicles and classes for race only prototype motorcycles. The TT also has two sidecar races. In these a rider and passenger try to negotiate the course is purpose built motorcycles with a platform attached to the left-hand side of the bike. Here the passenger has to move around to help maintain the stability the bike and maximize corner speed.

The TT does not just breed innovation with petrol engines, there is an all electric race called TT Zero. The bikes race for two laps of the mountain course and riders such as John McGuinness, Michael Rutter and Bruce Anstey taking up the challenge.

The Bennetts Lightweight race is designed for twin cylinder four stroke motorcycles of 650cc. The bikes are production models but modifications to the suspension, engine and braking systems are all allowed. The bikes have a low top speed, the fastest with nudge 140mph on the fastest parts of the course. This may seem pedestrian compared to the 200mph+ that the Superbikes hit but high corner speed means the Lightweights can cover a lap at an average speed of nearly 120mph.

Last years winner was Lincolnshire born Ivan Lintin, who is making a name for himself as a specialist in this class, finished the four laps in 1:16:26.681 with an average speed of 118.454mph aboard a 2014 Kawasaki ER-6.

The ‘stock’ in Superstock relates to a bike that you could go out and buy from your local motorcycle dealership. These are road-going production motorcycles of 1000cc that are lightly modified for road racing. If you were to fit a number plate and some lights to one you could pop out for your milk and the morning paper on it! The bikes are allowed internal front fork modifications to cope with the unique demands of the course. An uprated rear shock absorber is also allowed. The exhaust can be changed and a Power Commander (a device that smooth’s out the torque curve and can marginally increase the BHP) are also allowed.

There are some racers on the grid who believe that the Superstock machine is nicer to ride over the course as its power delivery is less brutal than the Superbike. There have also been rumours that some racers used the Superstock engine in the Senior and Superbike races.

The Supersport class features road-going, production based machines, in the same style as the Superstock 1000 class mentioned at the top. The bikes are can have changes made to the exhausts, suspension internals and also tyres. But they still look very similar to their road going cousins.

They are powered by engines over 400cc and up to 600cc four stroke four cylinder: 600cc up to 675cc four stroke, three cylinder with minimum weights of 161kg for all configurations. Meaning that 599cc Yamaha YZF-R6 four cylinder motorcycles can race against larger capacity 675cc Triumph Daytona 675 triples. The bikes are seen to be a fair match as the lower number of cylinders in the Triumph will rev less and give out slightly less power per litre.

The crowning glory of the TT race schedule. Also known as a ‘Senior’ bike as the final race they compete in is called the Senior TT and takes place at the end of race week. The bikes are all out race bikes that have their roots in the dealership, most use a frame derived from a road bike, but the changes from there are numerous. The bikes are significantly lightened and will use bespoke lightweight and streamlined bodywork. The suspension, front and rear, are purpose built for road racing along with bespoke swingarms for rigidity. The engines and exhaust systems will be specifically tuned and the bikes will put out over 200bhp and exceed 200mph at places like the Cronk-y-Voddy Straight.

The most brutal and powerful of all the TT bikes is the holder of the outright lap record around the mountain course. Michael Dunlop posted a time of 16 minutes 53.929 seconds in 2016. Michael was riding a BMW S1000RR which recorded an average speed over the lap of 133.962mph.

The pace of development at the TT is relentless and the records rarely last longer than a year keep an eye on the racing and there is a fair chance that Michael, or one of his competitors could go faster still in 2017!

The sidecars that race at the TT are a sight to behold. At less than 2 feet tall and about ten feet long they resemble ground level missiles with a rider and passenger clinging onto the back! They are powered by 600cc four stroke, four cylinder engines. They use wider tyres than the solo motorcycles previously mentioned. Sidecar tyres and wheels resemble those from a racing car. The reason for this is the extra weight of the passenger and the heavier frame would be too great for a normal motorcycle tyre to cope with.

A good sidecar passenger is key to recording a fast time around the TT course. In the corners they move their weight to get the most traction, on the straights they have to duck down to minimize aerodynamic drag. An experienced passenger is as important as selecting the right settings for the bike. The teams will practice relentlessly to not only build the speed they need to win but also a trust in each other that is almost unique in the solitary world of motorcycle racing.

Since 2010 the TT races have included a race for electric bikes. The rules state the minimum weight is 100kg and maximum weight is 300kg. The bikes must be powered solely by stored electricity and they have a voltage limit of 500. Some of the bikes that race in TT Zero will even recover lost heat from the brakes and convert this heat into electrical energy to boost the bikes power and range. Battery life is a limiting factor in the TT Zero race, this means the bikes only have to complete one lap of the course from a standing start.

The TT Zero has been met with mixed reviews from fans and racers alike, some dislike the lack of noise (imagine a Scalextric car x100!) while others see it as an inevitable step away from fossil fuels that cannot be avoided. One thing you can’t deny is that the pace of development year to year is astonishing. The 2010 winner was Mark Miller on the MotoCzysz E1PC, he lapped the course in 96.820 mph, 23 minutes 22.89 seconds. The fastest race lap was set in 2015 by John McGuinness on the Mugen Shinden at 119.279 mph, 18 minutes 58.743 seconds. So, five years has seen an increase in average speed of around 23 mph, if development continues at this rate for another five years, a TT Zero bike could be knocking on the door of a 130mph lap in the right hands. 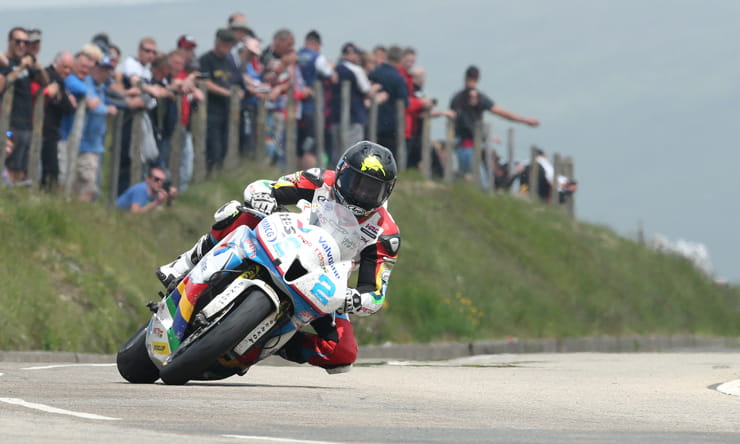 The race schedule can be changed at anytime, the Isle of Man is a very small island and as such the weather can change exceptionally quickly. This isn't like British Superbikes or even MotoGP where a set of wet tyres will do. If the weather conditions or not right the riders do not race. Fog is a big problem on many parts of the course and we have in previous years seen races cancelled due to this. The mix of weather at different parts of the course can also play a part in changing the race schedule. It is best to check Manx Radio or @iom_tt ‏ in the mornings to see what the official view is. When you have a course 20 miles long with an elevation change of over 400 metres, the weather at one point on the track can be completely different to another. Rain and fog over the mountain and bright sunshine over the start finish straight is something that is almost impossible to set a bike up for.