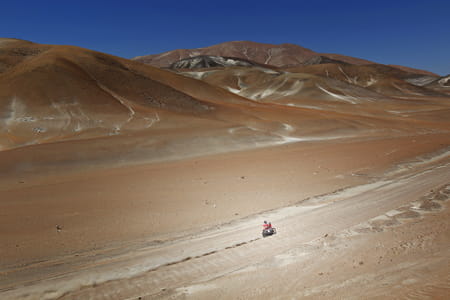 As the 2013 on-track racing season draws to a close, with the grand finale of the MotoGP taking place in Valencia on Sunday 10 November, the attention will be turned to some of the world’s other racing events, such as the gruelling Dakar Rally. While the Dakar will be a highly anticipated event on the annual calendar for off-road and endurance fans, it’ll be little-known to many mainstream racing aficionados – albeit no less exciting.

The adventure began in 1977, when Thierry Sabine got lost on his motorcycle in the Libyan Desert during the Abidjan-Nice Rally. Rather than being traumatised by his experience, he returned to his native France excited about the landscapes he’d seen and promising himself he would share his experiences with as many people as possible. He subsequently masterminded a route for others to follow that began in Europe, continuing to Algiers and crossing Agadez in Nigeria before eventually finishing at Dakar. Since then, the Paris-Dakar has been the ultimate off-road challenge, and to this day – over 30 years later – it has been the fascination of many of the world’s best off-road enthusiasts. 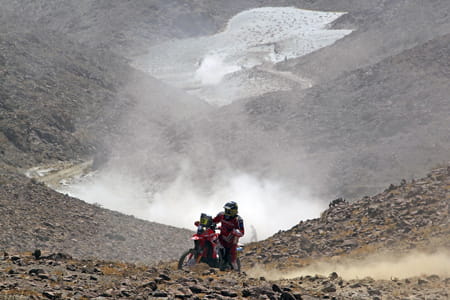 Since 2009 the Dakar Rally has taken place in South America, following security threats in Mauritania, which subsequently resulted in the cancellation of the 2008 event. The race is open to both amateur and professional riders and drivers – although amateurs typically make up about 80% of the participants – and despite its 'rally' name, it is an off-road endurance race or 'rally raid'.

The 2014 Dakar Rally kicks off on 5 January in Argentina, passes through Bolivia and then ends in Chile two weeks later on 18 January. The gruelling route will see participants faced with a whole range of tough terrain to navigate, including mud, camel grass, dunes, rocks and erg, with the course divided into daily ‘stages’ – then there’s the extreme changes in elevation and climate to consider… The distances are vast too, with each ‘stage’ covered varying from short distances up to 500–560 miles per day. Competitors have just one rest day throughout the course. 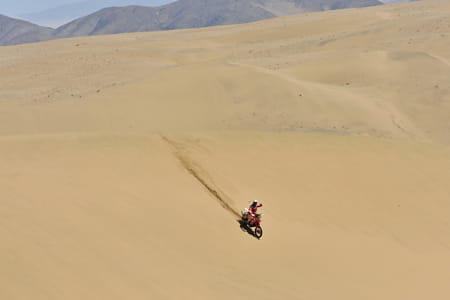 In 2013, the Dakar Rally attracted 745 competitors (53 nationalities) of which the majority (183) were motorcyclists (only seven UK competitors). One hundred and fifty three cars, 75 trucks and 38 quads also participated in the event. However, the gruelling nature of the rally means many competitors retire long before the finish line, although this year’s event saw a record 67% of total competitors at the finish. For the past two years, Frenchman Cyril Despres has won the Dakar on a KTM 450 Rally, bringing his total Dakar victory tally to five, but other winners have hailed from Spain, Italy and Belgium on machinery by Honda, Yamaha, BMW and even Cagiva!

Registration for the 2014 Dakar closed on 1 November, and competitor vehicles will be shipped to Argentina at the end of November ahead of the January start.