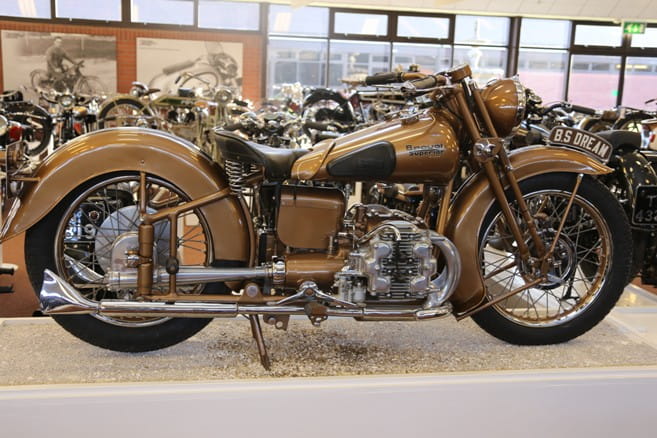 Brough Superior’s ‘Golden Dream’ machine was anything but. Built as the ‘ultimate’ Brough Superior machine, it was the company’s shining star. But when the Brough Superior motorcycle company christened what was to be its last ever model, it had no idea of the dramatic turn of events that lay ahead of the bike’s launch. 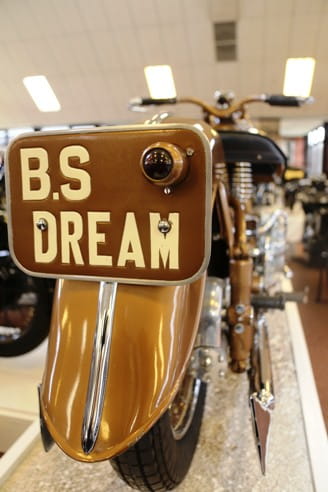 The machine - stately, ambitious and indeed, golden - was announced to the world at the Earl’s Court show in 1938. And it certainly captured the public’s attention.

The four-cylinder, shaft-driven motorcycle was displayed on a pedestal with its carefully-engineered parts arranged at its feet. It had chain-driven cam shafts, drum brakes and even a fully-stocked tool box built into the tank.

But the Golden Dream never went into production due to the fact the Second World War was looming and, like many British manufacturers, Brough Superior turned its hands to making armaments for the war effort.

Ironically, the Golden Dream’s future was cut short by what became a cataclysmic, global nightmare. And now it stands, gleaming, in the National Motorcycle, amidst a family of Broughs and Brough Superiors.

These bikes, all made in Nottingham, became known as the ‘Rolls Royce of motorcycles’, with price tags to match. The Golden Dream cost £185 in 1938, a bike with the famous ‘golden’ paint job would set you back £195. But it’s not the pearlescent paint job that makes this particular machine in the National Motorcycle Museum so special.

When the museum’s chief restorer, Colin Wall was stripping the bike to clean more than 30 years ago, he spotted something stuffed inside the cylinder that caught his eye: “The machine had stood in the Brough Superior factory foyer for years and it was looking a bit grubby and I was taking off the cylinder heads I spotted this old piece of paper. I took it out, unfolded it and across it read ‘bollocks’, written in nice handwriting.”

“Whether one of the mechanics was having a laugh and wanted one of his colleagues to find it, I don’t know.” 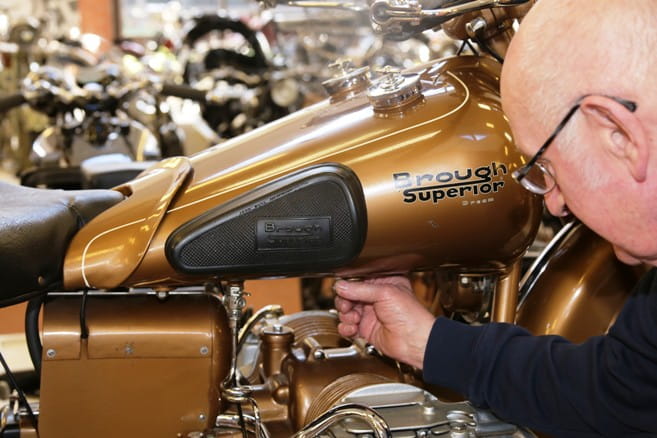 But National Motorcycle Museum director James Hewing thinks otherwise: “The machine was Brough Superior’s piece de resistance and the fact that this incredible motorcycle - Brough’s best ever bike - wasn’t going to go into production was very sad, especially for the mechanics who worked on it. Things were never going to be the same again once it was clear that war was only around the corner.”

With or without its note, the Golden Dream is believed to be the most valuable motorcycle in the world.

Brough Superiors generally are known for commanding high prices at auction, as recently as December last year an SS100 Alpine Sport sold for the price of a decent family home (one outside London).

But SS100s are relatively common. The Golden Dream, however, was the last Brough to have been made, as Bonhams’ motorcycle expert Ben Walker explains: "A lot of people consider the Brough Superior SS100 to be the 'be-all-and-end-all' - and in many respects it is - but there is of course the Golden Dream. The Dream would be one of the ultimate, if not the ultimate, Brough Superiors to have at auction. George Brough - to his own admission - was not a very modest man and stated that this motorcycle 'has been designed by the world's most enthusiastic Designer-Manufacturer-Rider in collaboration with other famous Internal Combustion Engine Experts' and it surely must have been one of his ultimate creations.” 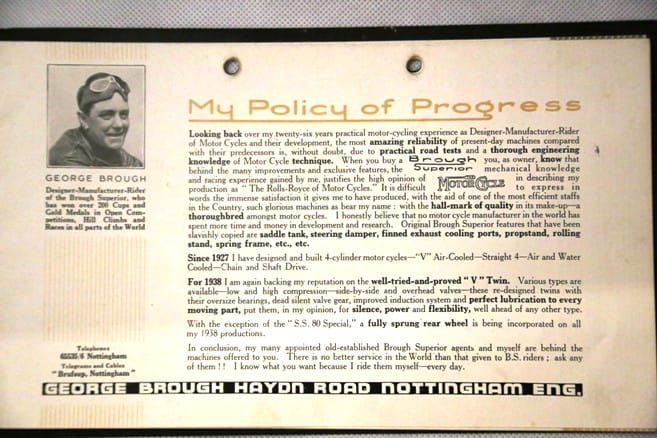 But it’s not known how many examples of the Golden Dream exist. "We know it is extremely limited - fewer than five. As such it would be very hard to say what the value of a Golden Dream would be - however we sold an SS100 Grand Alpine Sport for £315,000 at auction in December last year and there are a good number of SS100s around. The Dream has to be up there as one of the most valuable motorcycles in the world."

The fact the Golden Dream never went into full production is not unusual. “The outbreak of war brought all production to a halt and the factory was turned over to war production,” says Walker.

What is curious is that Brough Superior ceased motorcycle manufacture after the war.

And as to who wrote the ‘bollocks’ note hidden in the Golden Dream and why, we don’t know.

But the bike - ironically - marked the end of Brough Superior’s dream of building the world’s most luxurious motorcycles. Perhaps that note was an expression of the fact that the Golden Dream not only witnessed the onset of World War Two, it also represented the end of an era in British motorcycle history. 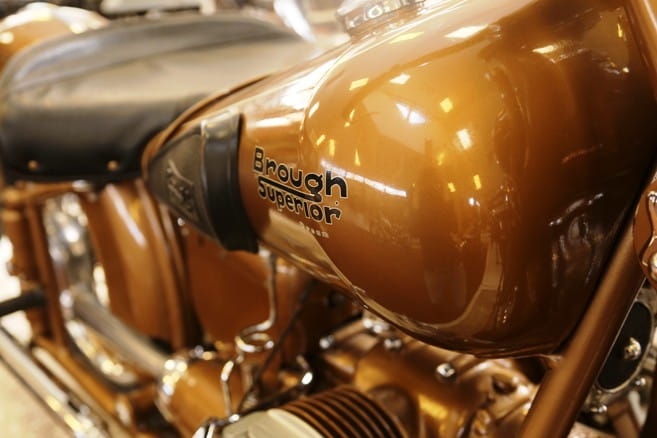 Do you know who wrote the note?   or