Used bike crisis: Why is a good used bike deal so hard to find? 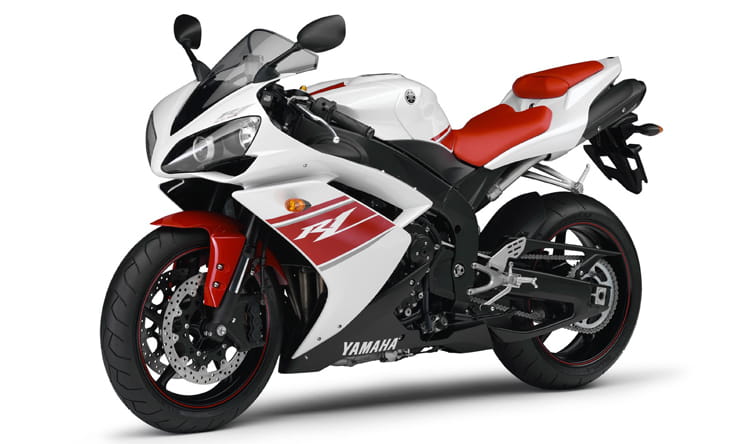 Indulge me for a moment: open a tab on your browser and search eBay for a 2008 Yamaha R1. Done it? Ok, so you can see that a decent, 10,000-mile, ten year-old R1 will set you back the thick end of six grand. At least, that’s what sellers are asking.

It’s not just ten year-old R1s holding their value. 2008 Blades are around the same money; so are most sportsbikes of a similar vintage. “Private stuff is going crackers at the moment,” says Vinnie Styles, sales manager at Wheels Motorcycles in Peterborough. “I’m looking at people advertising stuff at prices that are just bonkers,” he says. “For example, GSX-R750s are crazy money now – people want six grand for a K8 750!” 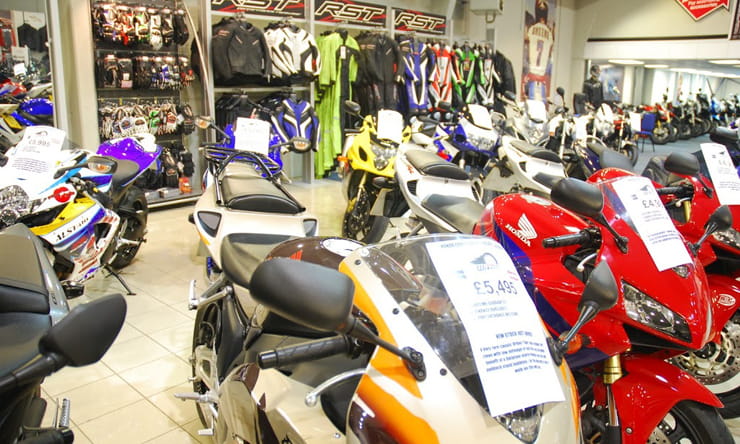 Just how much crazy becomes clear with some number crunching. Yamaha’s 2008 4C8 R1 – underseat pipes; the last model before the 2009 crossplane crank R1 – is a good machine, but it’s no classic. Its list price was £8999. But, as the 2009 model approached, dealers discounted down to £8000 to shift stock.

Which means now, your ten year-old, six grand R1 has lost around 25% of its original value (or, if you factor in inflation, around 40%).

Bill Cox, director of Fasttrack Motorcycles in Leicester, agrees the used market is pricing itself oddly: “Values are very strong, particularly with specific models: R6s from 2006 to 2012 and the pre-crossplane R1s are super, super popular at the moment. And sportsbikes in general are in demand,” he says. But has he got any idea why? “I don’t know – personally I rate them and they’re good bikes, but they just seem to be really popular with the younger lads, from 20s to 40s,” says Cox.

But it’s not just sportsbikes: “Prices are so strong for all used bikes,” says Pidcock BMW sales executive Mark Herbert. “I’ve got a 61-plate 2011 GS, last of the air-cooled, really nice, 38,000 miles, sat right next to my desk – but still, seven and half grand for a seven year-old bike.” 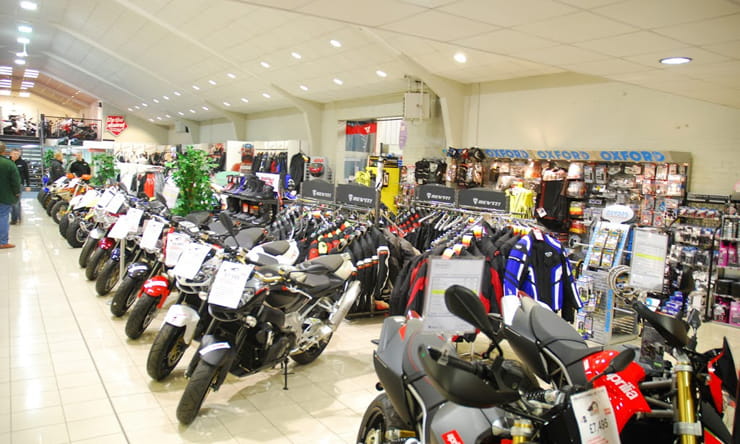 So why are our used bikes so expensive?

One theory is high secondhand values today are the result of the 2009 credit crunch, and the parallel export phenomenon. Back then, bike dealers up and down the country reported a rise in entrepreneurs and dealers from across continental Europe coming to the UK to buy up stocks of new UK bikes, driven by a dramatic change in foreign exchange rates that made our bikes good value over there.

After years of being on the wrong end of a parallel import boom – which saw a stream of cheap foreign imports pushing down prices of official UK models – many UK dealers were tempted to make hay and happily filled up the back of vans and trucks bound for Europe, parallel exporting their over-stocked, hard-to-shift brand new models at close to retail prices. 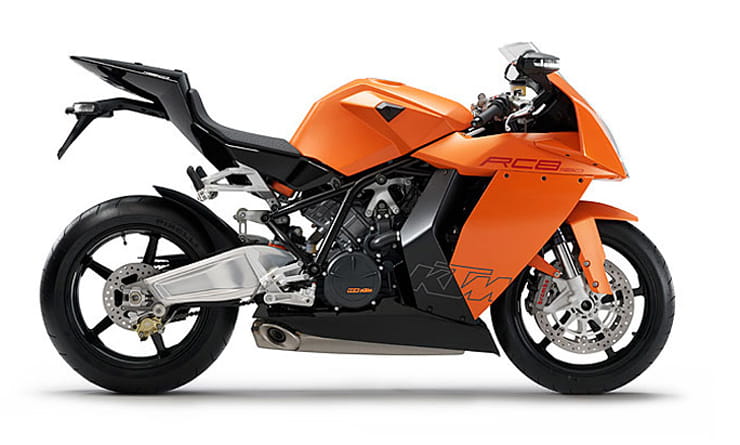 The price differential was so great it threw up crazy scenarios: for example, if you lived next to the KTM factory in Mattighofen, Austria, and you wanted a new RC8R, you could save over £8000 on the local price (the equivalent of £22,500) by travelling to the UK and buying one here instead (for £14,000).

So it’s hardly surprising a steady stream of new UK bikes vanished into Europe. Total numbers are impossible to tally, but the movement didn’t last long; as the credit crunch hit the value of the Japanese yen, UK prices rocketed; by 2012 the Blade had gone up from £9221 in 2007 to £11,300, which made it a lot less attractive to overseas buyers.

But do those few years of parallel exporting mean there’s a gap in the market where a potential lack of new bikes has turned into a short supply of used bikes now, and is that what’s driving up values?

Not so, according to Fasttrack’s Bill Cox: “Is there a shortage of used bikes? Not particularly, no. We search all over the internet and we seem to find plenty,” he says. “There’s still lots out there. I look online myself, and we have a trader local to us who buys and sells – basically, he sits on his phone all day, every day, snapping stuff up on Gumtree and eBay. Some of the bigger bike showrooms have teams of staff doing just that. And there’s plenty about – we’ve always got a couple of R1s and R6s because there are so many out there.”

Simon Jones, sales executive at CMC Cannock branch, agrees it’s not a shortage that’s the problem with used bike prices: “As far as CMC are concerned, we haven’t got a problem getting hold of used bike stock. We have people whose job it is to buy bikes, and they source them from other dealers, private sales, wherever we can get good stock from. Our business is newer stuff, so we don’t do a lot of bikes from the late 1990s, early 2000s. But you’re not going to now – a lot of sportsbikes from 15 years ago plus will have been binned, turned into track bikes, been heavily modified etc. So that sort of bike may well be getting scarcer now, just through time.”

However, used bikes are still going overseas today: the value of sterling hasn’t recovered from the Brexit vote in 2016, meaning it’s the same ex-2008-2011 new bikes that are now good secondhand value again in Europe. They’ve had a double whammy of exporting. 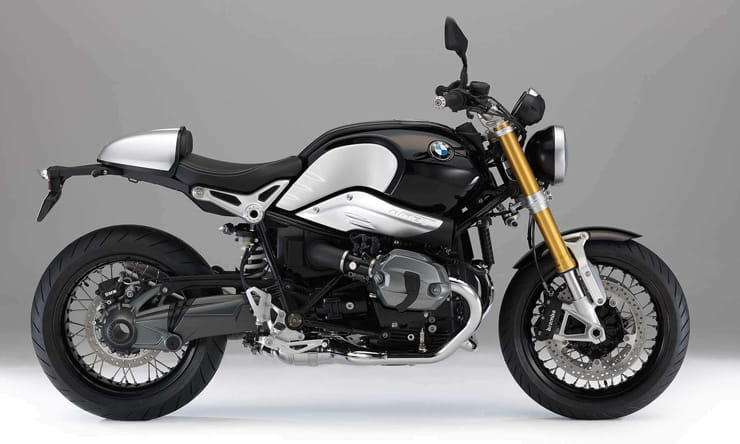 “Yes, quite a lot of used stock is now traded abroad,” says BMW Pidcock’s Mark Herbert. “Recently we had two dealers contacting us from Portugal looking for used GSs and R NineTs with 10,000 miles plus on them, because they get screwed heavily on tax if it’s newer. But we’ve also got a guy that comes over once a month from Poland with a van and a trailer, buying used stock up. I’ve seen in the back of his van and he’s got everything from scratty, 15 year-old cruisers to decent five year-old bikes.

“It’s caused partly by exchange rate but as much by short supply in their markets,” reckons Mark. “Because taxation in their markets is very high, it’s cheaper to buy used stuff from over here and take it into their country. The difference can be huge. In terms of the used market I’d guess dealers selling UK bikes on the continent are making 50% again on what they’re buying them for over here. So obviously they’ll be going round trying to hoover up that middle ground of used bike.”

Bill Cox from Fasttrack: “Yes, bikes are being bought and exported abroad,” he says. “But it’s not causing a problem,” he maintains. “Percentage-wise we sell very little into Europe. This year we’ve sold a total of around five bikes... but it’s a growing trend and we’re getting more enquiries.”

Vinnie Styles from Wheels in Peterborough is also dubious: “There isn’t a huge demand from Europe any more – not like there used to be,” he says. “I’ve still got some European dealer customers, but they’re very model-specific – I’ve got one who’s into Ténérés and soon as one goes on my website he’s onto them.”

“Maybe those guys taking van-loads back to Europe don’t come to me because I wouldn’t sell to them anyway,” says Vinnie. “It’s short-sighted. If I buy a bike for five grand and sell it to export for five and half, I’ve got no finance, no warranty work coming back, no servicing, no part-exchange, no extras sold – I’ve got nothing. My ideal customer comes in, buys a bike, bit of finance, buys some accessories, brings his friends, uses the café, follows the service plan, brings the bike back in and part-exchanges it with me. Why wouldn’t I want that rather than loading them all in a van, making a few hundred quid on each, and never seeing them again?”

Simon Jones from CMC in Cannock, is on exactly the same page as Vinnie: “In terms of selling stock to continental dealers, CMC take the view that why would we sell bikes that we’ll never see again, never see the customer again; what’s the point of that?”

“There’s still demand from Europe, absolutely,” he says. “But it’s not like it was around 2010; I used to see guys with 40-ton artics coming over, absolutely rammed with new bikes. Wouldn’t surprise me if there are still dealers doing that, and I think it’s possible it could have an effect on used bike supply further down the line; I think there’s a risk there. In five years’ time we could be scratching our heads asking, ‘Where are all the used bikes?’ But we’re not doing that at the moment.”

So what’s causing high used bike prices? Mark at Pidcocks has one answer: “People are selling their bikes themselves privately, on eBay and through Facebook groups. They think they can get more value than they will through a part exchange deal. It’s a growing trend. They massively over-value their bikes. They look online and think, ‘Oh, that one’s same as mine, it’s worth so-and-so’ – but they don’t realise a dealer can’t give you that. A BMW has to be used/approved so we stick £500’s worth of warranty on it, for example.” 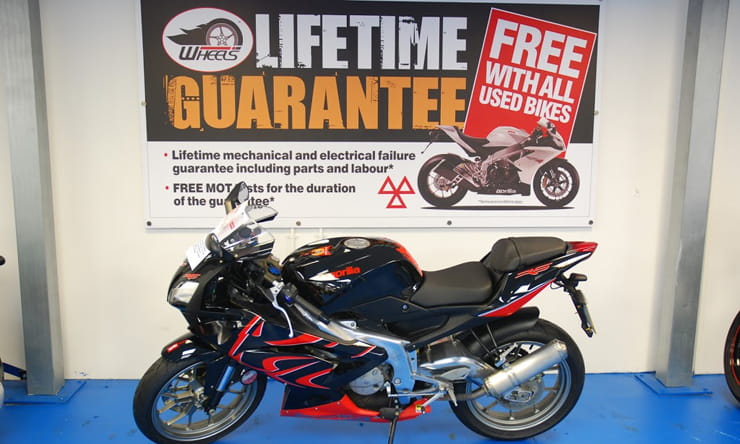 Vinnie from Wheels agrees some private sellers have an over-inflated view of values. “I think a lot of it is because people are going on the internet, looking prices, adding a few quid for their bike because they think they can get it, someone else looks at that and adds a bit to their bike,” he says. “Prices are high not because they’ve gone abroad but because everyone thinks they’re a bike dealer now; eBay, Gumtree, Facebook buying groups etc.

Vinnie goes on to describe the state of used bike auctions, once a happy hunting ground for dealers: “I went to a bike auction the other day, 170 bikes went through, I had every intention of buying something but I didn’t get a single bike because values were too high. Two dealers walked out, couldn’t be bothered. The best deal today is going home with an empty van. A couple of years ago the auctions would be full of dealers. Now, everyone’s at home on the internet, and so while I can see the rear tyre is knackered, the chain is tired and all the little scuffs, on the auction website all the pictures look great and punters just bid it up and up, and run away with it. And so you know the bike has been bought by someone who hasn’t stood and looked at it.

Vinnie is clear where the problem lies: “Strong used values are being driven by people selling their own bikes so dealers can’t go round and scoop them up. Like most dealers, we’ll sit there on eBay, phone up a bike that’s been on there for 10 minutes and they’ll have had two dealers on already. And then they expect you to come and get it that night. Now, in the old days,” says Vinnie, “I’d say look, I’m a dealer, you wanna sell it and I wanna sell it for you, so to do that I need to come out to you, give it a service, put some warranty on it, and still have some meat on it... and I think people would have some sympathy and understanding with that. Now, people think, nah, don’t worry, someone else will buy it. So we’re seeing fewer part exchanges come in on deals, because people can sell their bike on for a few hundred quid more – and why wouldn’t you?

“So my advice is, if prices are strong privately, try your dealer – we have a saying at the moment; the cheapest bikes are in dealers, not in people’s garages.”

Or, alternatively, you could nip across to Germany and buy a used UK bike there instead. But if I were you, I’d do it before we leave the EU.