Where are all our old bikes and spares going? 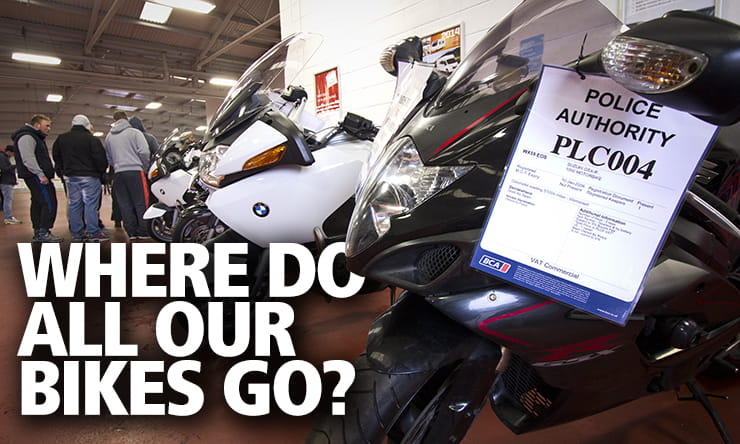 Why are so many old and high-mileage motorcycles and cars being bought up by Europeans? I’ve often seen a procession of vans and trailers – usually with Polish, Bulgarian and Romanian registration plates – heading towards dover on the M20. This conveyor belt shows a real desire for what our disposable society often considers scrap.

But while many here might think of 100,000 miles as a lot, these foreign traders believe that a simple service could be all that’s needed after 200,000 miles…

Why are UK spares so popular?

A Polish contact of mine, Seb, tells me that vehicles of all types and condition – particularly motorcycles – are being hoovered up in Italy, Spain, France, the UK and Germany by a new wave of Eastern European ‘salvage’ dealers from Lithuania to Moldova, but particularly Poland, Romania and Bulgaria, where already quite a few have made their fortunes and set up large businesses selling machines and spares online to the rest of the world.

There isn’t the strict MoT in eastern Europe that we have here in the UK so vehicles with 200,000 miles on the clock are often considered just run in, with a good 100,000 more left in them. They can’t understand why we get rid of our vehicles after just a few years, so our cars, bikes and spares are bought up and transported abroad by industrious business owners who repair and refurbish them to sell into the EU market place.

There’s good profit to be made by legitimate businesses thanks to what some consider a throw-away culture here.

But the profit for stolen parts and vehicles is, obviously, even higher… 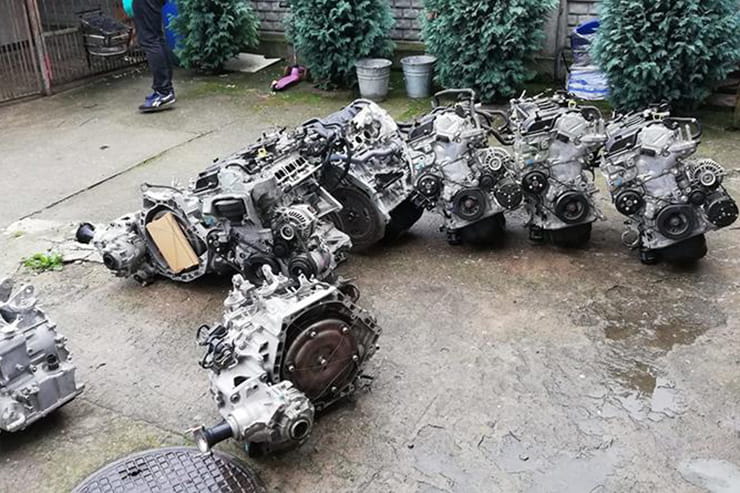 Engines from cars, bikes and vans can turn a tidy profit when bought in the UK and shipped overseas. But the profit’s 100% (minus expenses) when they’re stolen…

A criminal’s view of the stolen market

I should explain how I know Seb; he’s an informant to the Polish police who I met while assisting in a recent operation. We were following a Mercedes Sprinter van fitted with a tracking device and bearing Polish registration plates that contained a BMW S1000R, a Ducati 1098, a Yamaha R1 and another unknown, partially stripped machine, all of which had been seen loading earlier from another rented van at a disused building site near the port of Tilbury in Essex.

Before he was caught, Seb was a courier of stolen motorcycles, traveling between the UK and ‘several’ countries in Europe; “I couldn’t work in all countries” Seb explained, “because allotted territories are becoming defined and monitored by the various crime gangs that operate in Europe.”

Tiredness got Seb arrested; working 18 hours a day for seven days a week led to him getting careless with his paperwork, which left him in the wrong place at the wrong time with a van full of stolen motorcycles. He also believed that his contacts may have set him up because, on inspection of the stolen machines, they were found to have amphetamines stuffed into the hollow handlebars, seat and under the tank. He explained that this was not a very sophisticated attempt by his contacts to move drugs as they usually filled frame tubes, fork legs and sub-frames, leaving him to think they wanted him caught.

Seb said that while legitimate parts and vehicles can reap healthy profits, the real money was – as always – in criminal activities. The value of second-hand motorcycle parts in the UK could be at least doubled in some of these countries, particularly on the black market:

Frames with UK log books are particularly desirable as the documentation is hard to forge or copy (though in certain areas, documents are not scrutinised and forgeries or good copies are accepted).

Even at these prices though, battles often start between bidders over the more desirable or rare machines, boosting the prices even further. 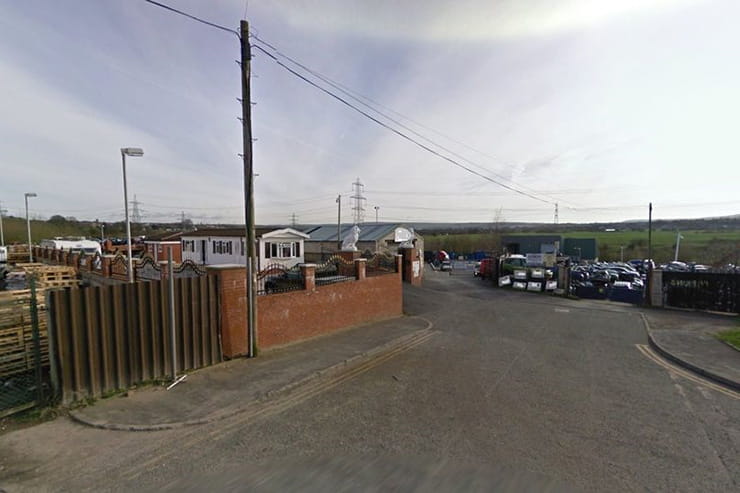 The Romanian driver of the van we were following was, according to Seb, a ‘new kid on the block’ willing to do very risky things that he would not. Seb was helping British and Polish police officers discover one or more ‘slaughters’ (also known as chop shops) in France and Belgium that he had used in the past. He said that large volumes of stolen cars and motorcycles were cloned or stripped into saleable parts there, prior to moving through Europe – via a selected string of couriers – to customers as and when their demands were received.

The Mercedes van – which had actually been stolen from Ghent six months previously and was on false plates – stopped at two key locations while we followed it that day; on the outskirts of Belgium a yard just off the main road was identified by Seb as a holding pen for stolen vehicles of all types. As we watched, the French police were also observing the place for their own operation.

On the N49 just short of Zeebrugge was another large and innocuous (until you looked inside) premises that revealed an acre of vehicles and barns that would take 100 cops over a week to search.

Seb said that he’d personally delivered hundreds of motorcycles to these premises for the Lithuanians and Germans, who both have a working hold over the whole area. He also confirmed that he had witnessed many other stolen items being delivered there by couriers; “Your worry is that Europe is getting carved up across national boundaries into gang-controlled areas, and not just for stolen vehicles.” He likened it to farming, where small farms get bought out to form bigger operations that can operate cheaper and more effectively. 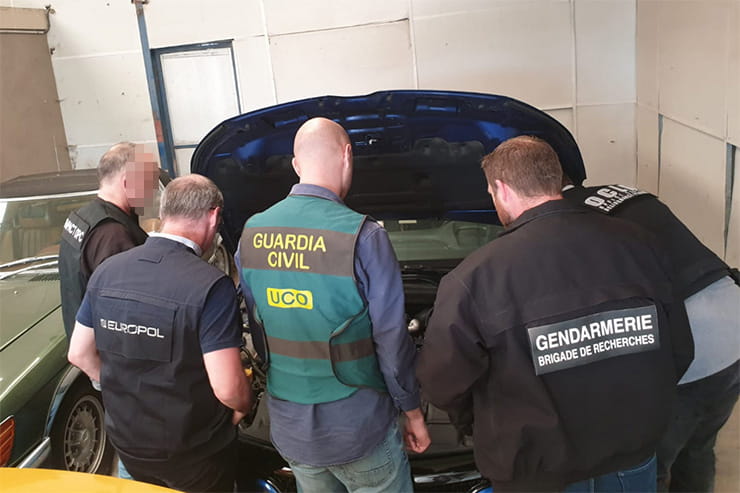 The future of crime fighting across Europe

The following day I reflected on just how many of these vehicle slaughters exist in ‘near’ Europe – an estimate offered by Seb was hundreds.

It’s clear just how important the liaison between Europe’s police forces is – and indeed all other authorities. I believe it’s complete bonkers that the UK, which for many years has been the lead on issues relating to all aspects of vehicle crime, may now be forced to take a back-seat by leaving the European Union. There’s knowledge that needs to be shared – including the use of technology by criminals, warnings of their activities and theft trends – but to leave the European union severely jeopardises that.

Even now, stolen bikes and cars can be registered without checks in some countries while still carrying their unaltered VIN, so criminals are rubbing their hands in anticipation of the day that UK officers know exactly what’s getting stolen on our island, but not what happens once it’s gone, or for that matter, what’s being brought in after being cobbled together from old parts, legitimate or otherwise…