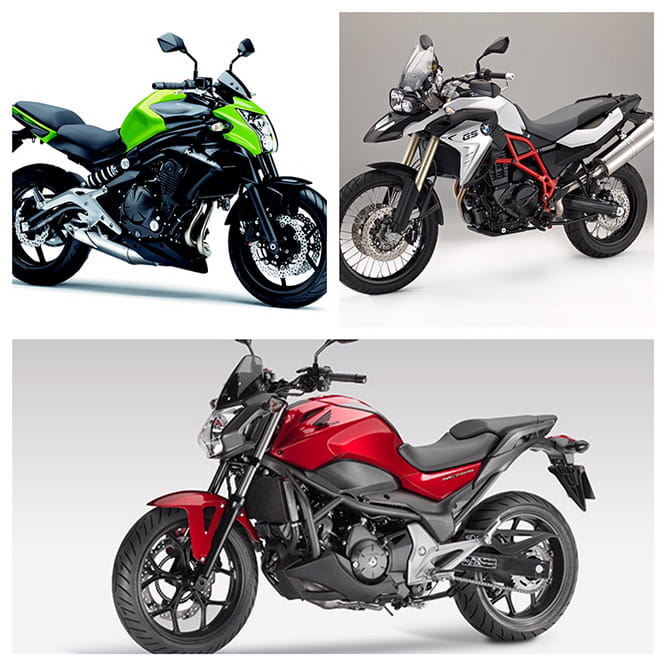 Parallel twins were the mainstay of the post-war British bike industry. Their compact design, simplicity and low weight, coupled with the huge leap in performance compared to the lazy, plodding singles of the day, seduced riders by their thousands and put Triumph, BSA, Norton and other British firms on the top steps of competition podiums and sales charts.

That supremacy would be relatively short-lived – smooth and sophisticated multi-cylinder Japanese engines put paid to their dominance in the larger capacity classes, relegating the parallel to the role of the humble commuter.

But the attributes that made them successful post-war, coupled with the engineering developments in balancing and firing orders that reduced the dreaded vibration and improved the design, have meant there has been a bit of a resurgence for the parallel in recent years. Most manufacturers have one in their range somewhere, and not just in A-to-B bikes. You can find them in adventure bikes, cruisers, roadsters, and in every conceivable capacity from 250 tiddlers to 1700cc whoppers.

Cheaper to produce, lighter, more compact and economical than a four; smoother and faster than a single; more flexible and user-friendly than a V, L or flat twin: you'd be hard-pushed to argue against the parallel twin as the perfect configuration for a bike engine, and even if you can, there's certainly no denying that it's at the heart of some cracking machines.

Here's our pick of the parallels you can find in the showrooms today: 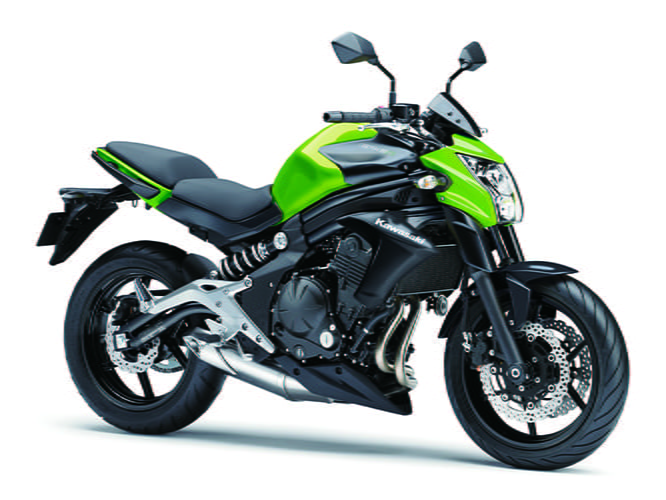 In a middleweight market dominated by fours and Vs, the ER6 made a refreshing change when it was first released. Soft, forgiving and easy-going enough for the novice, but full of character and with enough power to please the old hand, it's 's 649cc motor is a mid-weight masterpiece. For that reason it's remained virtually unchanged over the years, with just minor mods to the fuel injection and ECU mapping to smooth out delivery and widen torque. You'll find it in the naked and faired versions of the ER6 and in the Versys too. 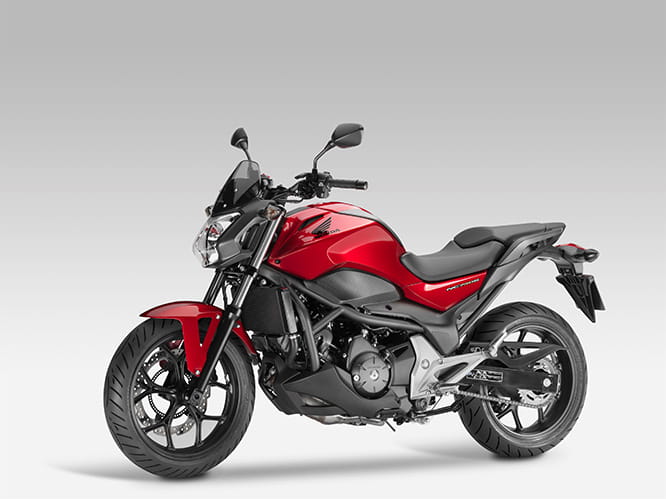 Honda's NC750 – and the 700 before it – is designed for mpg rather than bhp. Like the old Brit twins, it's a long-stroke, so the SOHC, liquid-cooled unit delivers its 54bhp and 68Nm of torque low down. Exciting it's not, and you'll quickly hit the rev limiter if you try and ride it like a 'normal' short-stroke twin, but the smooth delivery (the 750 version got an extra balancer shaft) and low-down grunt makes commuting and motorway cruising a breeze. It also rewards you with some pretty impressive economy figures: Honda say it's capable of over 80mpg. 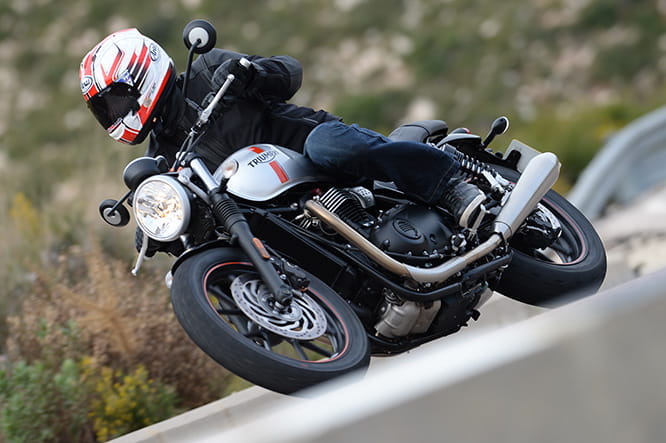 It's early days for the new Triumph - our road tester Michael has only just landed back from the launch – but initial signs are very promising. Far from just an upgraded T100 motor, the Street Twin gets an all-new, liquid-cooled, 899cc parallel twin “high torque” engine which delivers a really rather useable 80Nm (59 ft lbs) of torque at just 3200rpm; that's 18% more than the previous model. It also gets a new ride-by-wire fuel-injection and engine management system, which they claim makes it 36% more fuel efficient than the old Bonnie. It keeps the 270° firing interval though, for the true Bonnie sound and feel. Watch this space, as there's a 1200cc T120 version coming soon too. 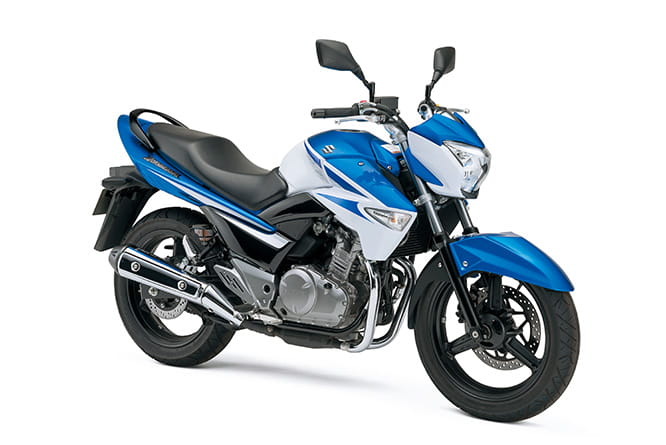 A little like the NC700/750, the Inazuma is as much about economical, flexible, useable transport as it is about performance. Blending new technology (water-cooling, fuel injection) with old (SOHC, long-stroke configuration) means its 249cc twin will pootle along at 40-50mph and return 85mpg or will scream up to its 10,500rpm redline topping 85mph; whatever takes your fancy. It's great engine for the beginner, frugal and flexible enough for the commuter, and with just enough get up and go for a bit of fun at the weekend too. 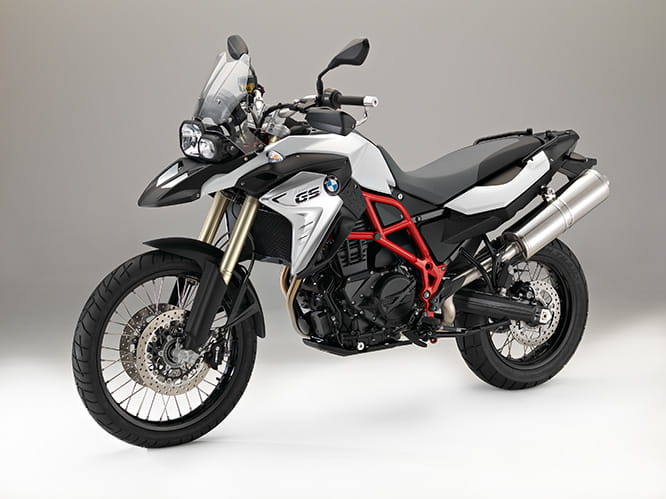 Often seen as just a quirky alternative to a 600 four, BMW/Rotax's 798cc parallel twin is not one to be dismissed. Early engines suffered from hesitation and snatchiness at low speeds, but a few years on and with gremlins ironed out, it's a seriously good package. Torquey and characterful in the low to mid ranges, and with a real willingness to rev, it's an absolute gem of an all rounder, on the road or trail – it's available in naked, touring, and adventure chassis. It's economical too, with some riders reporting up to 80mpg. 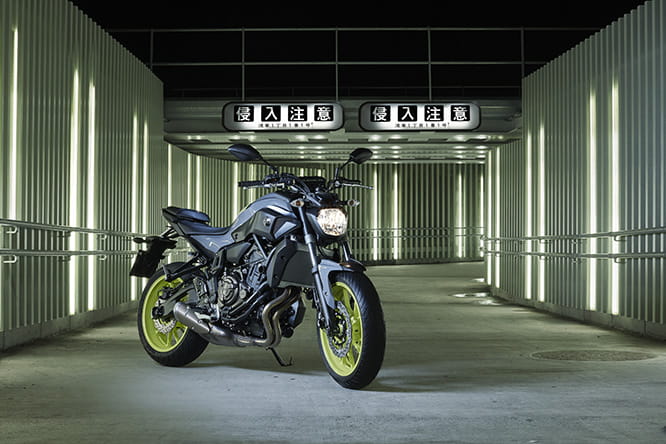 The MT series has been a bit of a success across the board for Yamaha, but it's the flexible 689cc parallel twin the '07 version that really takes the crown for us. Our tester sums it up perfectly: “MT stands for Master Torque and the MT-07’s bottom end is stacked full of the stuff. From as low as 2,500rpm the Yamaha pulls with a lovely clean and strong spread of grunt as its little parallel twin eagerly springs into life. The engine is virtually vibration free, which does feel a bit odd, but it manages to blend power and performance perfectly. If you want to play the fool the MT will happily wheelie off the throttle in second gear or third with a hint of clutch, but if you don’t it is equally accomplished at zipping forward with no hint of throttle snatch ” 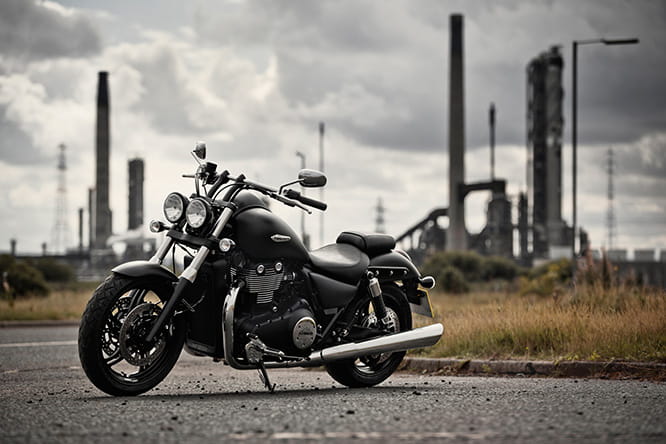 A cubic capacity that Edward Turner and Val Page could only dream of, the Thunderbird's whopping great 1699cc lump is the world's biggest parallel twin production bike engine and pumps out an arm-wrenching 151Nm/111ft-lbs of torque. 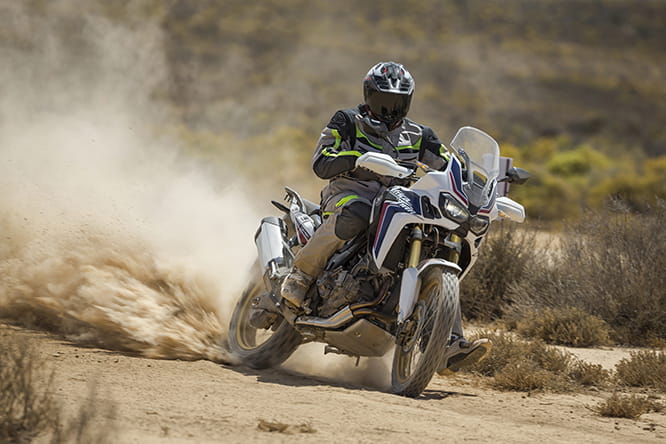 The new Africa Twin's, well, twin is bristling with the latest engine technology: a fancy four-valve Unicam head; a lightweight cast camshaft – similar to the Fireblade; twin spark plugs; switchable mapping and much, much more. Initial reports are good. Read our first ride, to find out how it performs.

Parallel thinking: the two twins that created and then changed the way we ride today

Launched at the London Motorcycle Show in 1937, the Triumph Speed Twin was the bike that started it all. Up to then Britain had largely been a nation of single cylinder riders: they suited the somewhat conservative tastes of British motorcyclists, the lazy and winding country roads they rode, and the empty wallets they had in their pockets. There were plenty of multi-cyclinder machines on offer, yes, but only the privileged few could afford them.

Many more wanted them though, so when Edward Turner pulled the covers off the 498cc, 26bhp, OHV Speed Twin, just as many eyes were focussed on the £75 price tag, as they were on the purposeful lines and the compact and powerful parallel twin engine.

Essentially a slimmed-down version of an existing design – Val Page's Model 6/1 of 1933 – the Speed Twin had all the ingredients the aspirational, speed-hungry rider wanted. Turner nipped, tucked and trimmed to give it the dimensions and look of a single; lowered the capacity from the 6/1's 650cc to a more freer-revving 498cc; upped compression to 7:1; bolted on a four-speed, foot-change gearbox and wrapped it all up in a jaw-droppingly beautiful chassis. He also gave it the right name for what was rapidly becoming a speed-obsessed nation.

It was fast, lightweight, handled well(ish), looked fantastic, and was to become the blueprint for not only the next 50-odd years of Triumphs, but for their rivals too...

...and that wasn't just their British and European competition. Fast forward to the early 1960s.  British manufacturers were still top of the sporting twins pile, and had managed to convince both themselves and the buying public that Honda and the other emerging Japanese manufacturers were a long way off developing a bike to rival their vertical twins. So when Honda were spied testing a 450cc twin in 1964, pipes were spat out onto leather-topped boardroom tables across the land.

While the Brits were busy laughing and jeering at them, Honda had been busy taking it on the chin and quietly investing vast amounts of money in state-of-the art manufacturing capability. As a result they were now in a position to produce machines that were streets ahead of anything the Brits could churn out.

Nicknamed the 'Black Bomber' (that was the only colour it came in) the new CB450 twin had double-overhead camshafts, caged roller bearings, a gear-driven primary, valves that were operated by torsion bar springs and a pair of 36mm constant velocity carburettors – a first on a production bike. It pumped out 43 horsepower at the crank and could top 100mph – figures at that time only seen on 650cc machines.

It didn't leak oil, it started at the press of a button first time, every time and required little input from the rider between routine services – relatively speaking.

It wasn't without its faults. It had rubbish rear shocks, poor oil supply to the top end, only had a four-speed gearbox and weighed more than a Triumph 650, but it had rocked the British makers to their core, shown the world's motorcyclists that there just might be an alternative to their leaky, shakey British twin, and paved the way for a new era of motorcycles.

The CB450 was Honda's first foray into the 'big' bike market, and arguably one of the most important machines it's ever produced.

Disagree? Have we missed one? Tell us which parallel twin you think is worthy of the list.