David Silver has thrown open the doors on what’s thought to be the largest Honda collection outside of Japan. We popped over to the museum where we were impressed by the variety of machines that are all ‘Honda’ one roof. 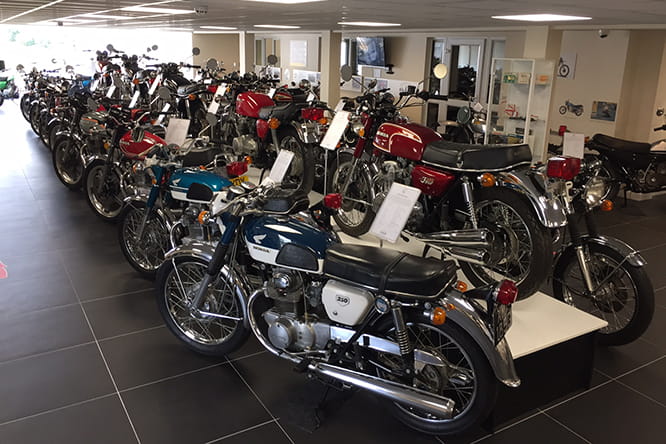 There’s around 150 Honda bikes on permanent display, these range from the 1951 Honda Cub F Type up to the first Honda CBR900R Fireblade from 1992. There’s all manner of models from the 40-odd years of history covered in the collection. Along with the bikes there’s plenty of period promotional products scattered around the two floors of the museum.

The variety is vast, four strokes, two strokes, single cylinders tiddlers right up to the six pot CBX1000 and GL1500 Goldwing. It’s not just road bikes, there’s some off road tackle and even a few ATC bikes. There’s plenty of bikes that you may have owned, and many more that you might have wanted to, like the 1969 CB750K0 that greets you when you enter the building or the RC30 from the eighties that’s tucked away with other V4 delights.

The atmosphere is laid back and the staff are keen to natter and are knowledgeable in all things Honda.

There was an old advert line about you meet the nicest people on a Honda, that is also true of those looking at the exhibits. I chatted to various staff and visitors, and we all took a ride down memory lane while standing amongst the stars of the collection sipping on coffee.

The museum was opened by Freddie Spencer and James May who both have Honda pumping through their veins, but you don’t have to be a hardcore Honda anorak to appreciate the technological story that the bikes tell.

If you love motorcycles you’ll love the David Silver Collection.

Who is David Silver?

David founded his Honda parts business in 1986, he quickly built a company that specialised in all things Honda. He started by buying new old stock from Honda dealers, both in the UK and further afield. Today his company carries parts for hundreds of different models from the early 1960s through to 1999.

Where is The David Silver Collection? 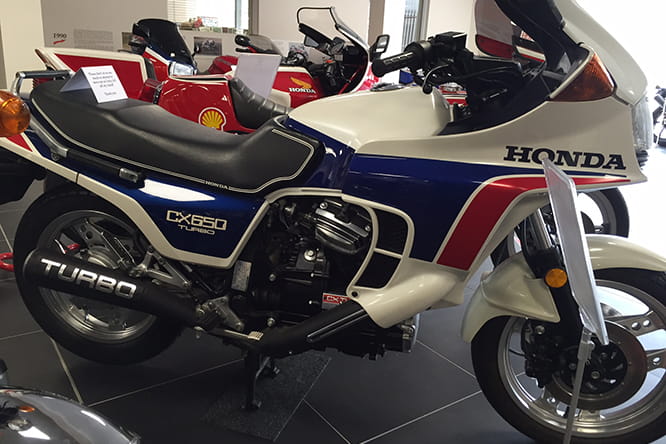 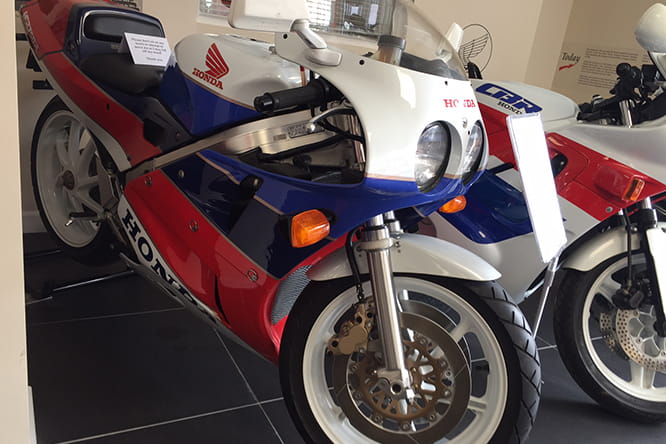 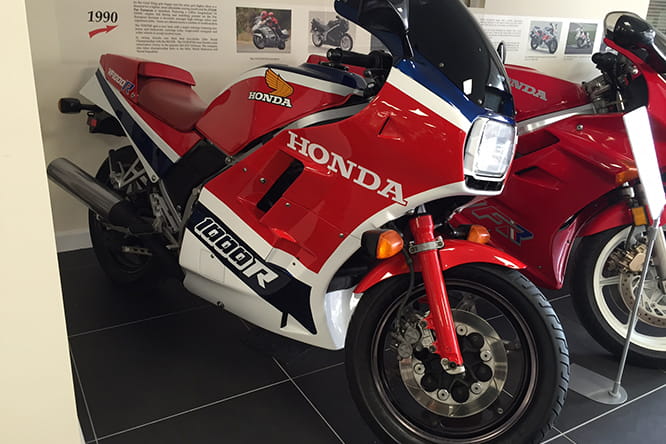 With over 150 Honda models to drool over we picked our top five.

Scottie wasn’t alone in selecting them and so we didn’t end up with a quintuple of 80s bikes, Mr Mann senior, father of Bike Social's Web Editor, Michael, and Honda-anorak was on hand to even out the honours.

In no particular order….

1982. The last of the big Honda sports bikes and the first of a new breed of bikes built to compete on the track first, and showroom floor second. They are massive, the half fairing is huge, the single seat unit points to where this model was to earn its rice. They only made it for one year, the RC version arrived with a full fairing and even more weapons for the racer to deploy. 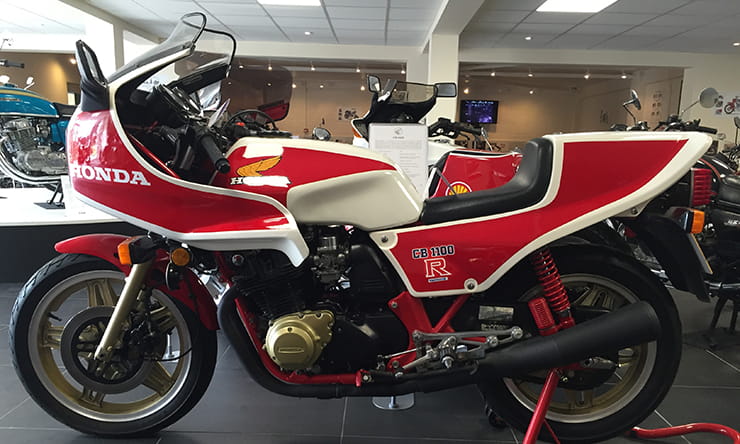 1985. Honda have churned out stacks of mini bikes over the decades, just when you think you’ve seen them all you discover a new one. This must be one of the rarest of them all? 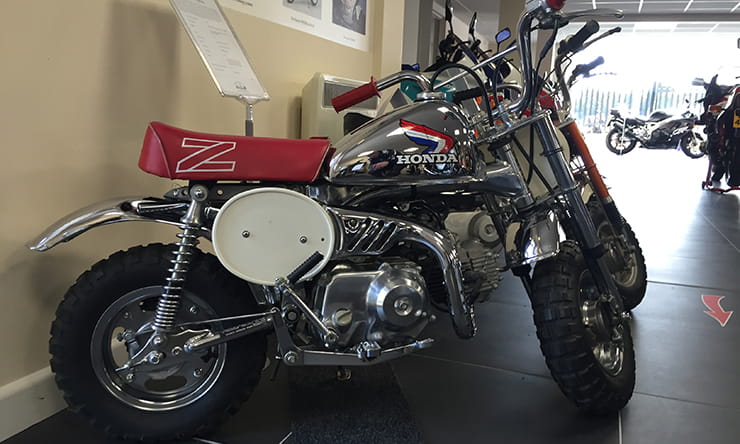 1978. There are other six cylinder machines in existence but the CBX is THE boss.

The air cooled 24 valve engine dominates the machine, in these days of tiny superbikes it really does stand head and shoulders when parked with modern bikes. The visual is one thing, the noise is pure mechanical music. The Honda six that Hailwood raced was ahead of its time, and the CBX1000 was the same among its contemporaries. They’ll never be anything else like it. Nuff said. 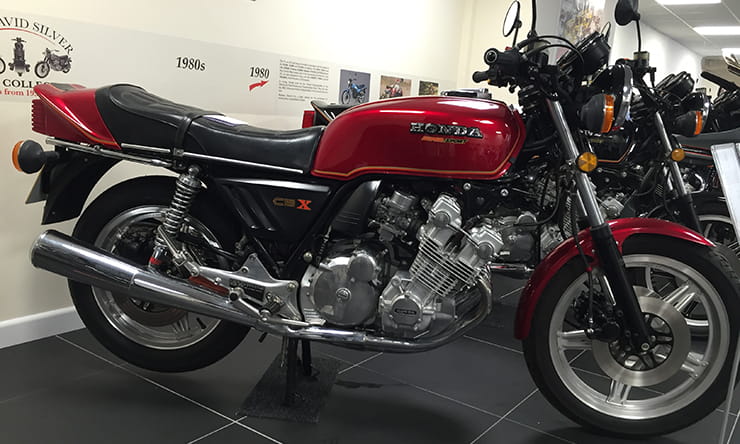 1961. This bike was one of the first to come with specialised race kit parts. It pioneered the HRC spirit, and is an early indication of how serious Honda would take racing at every level.

From pistons to exhausts various components were upgraded for racing, the single seat looks purposeful and a rev counter pod lives where the speedo should be. 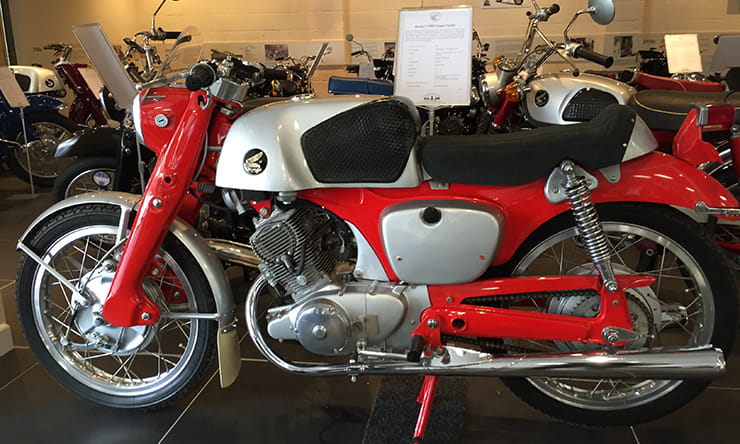 The twin cylinder four stroke even had electric start. 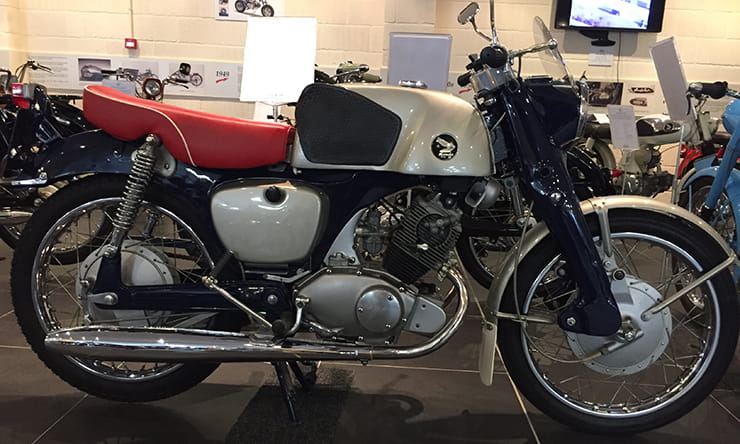