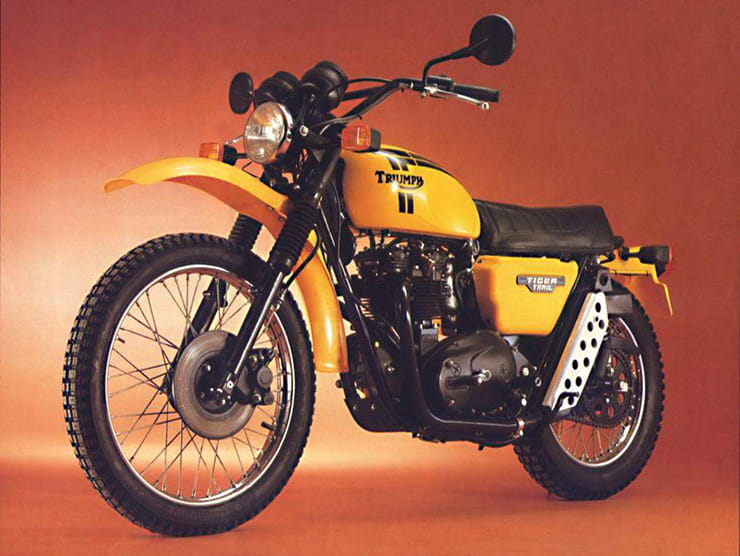 From the age of 19 you can take the A2 motorcycle test which, if you pass, allows you to ride, for two years, bikes with maximum power of 35kW/47bhp and a power-to-weight ratio of no more than 0.2kW/0.26bhp per kg, which translates, for a 47bhp machine, to a minimum weight of 180kg.

For most, that means modern, purpose-built machines such as Honda’s successful new CB/CBR500 family, or Kawasaki’s sporty Ninja 300. While you can also ride adapted bikes such as Yamaha’s MT07 and Triumph’s Street Triple as long as they’re limited with a restrictor kit.

But what if you fancy a classic machine – something, say, from the ‘70s or ‘80s? Which bikes are eligible under the A2 restriction then? So, to help you, here’s our Top 10 favourites – although we must emphasise we’re recommending them as ‘interesting’ rather than novice-friendly machines and, being so old, there will be plenty of maintenance, condition and practical issues to consider… 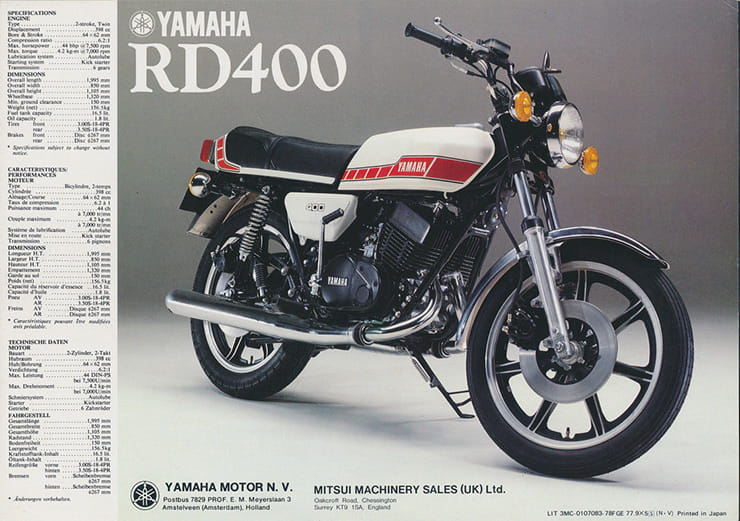 When it comes to Yamaha’s classic, RD, two-stroke twins, the later RD350LC, at 47bhp but just 149kgs wet fails to qualify (although the RD250LC does) leaving the preceding, air-cooled RD400 as out A2 stroker of choice. Derived from the TZ-inspired RD350, distinguished by its classic, angular ‘coffin’ tank and infamous as much for its buzzsaw powerband as its, er, primitive handling and brakes, this is no bike for novices. Nor is it now cheap, with restored, usable examples now routinely fetching between eight and ten grand. But it’s a true icon of the late ‘70s. 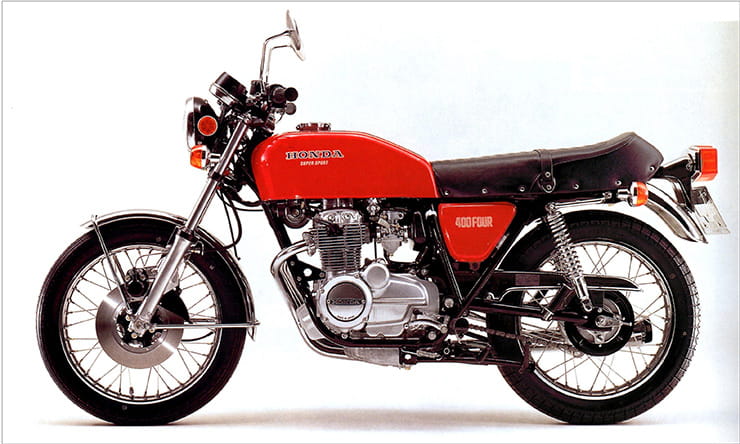 Classic ‘mini CB750’ has a huge following in the UK (although it had limited success elsewhere, hence its relatively short lifespan) and also a second lease of life more recently as a popular ‘modern classic’, thanks to easy manners, relative affordability and an impressively healthy spares supply from the likes of Honda specialist David Silver Spares. This min-superbike’s four-cylinder appeal still pulls the admirers while pleasing dynamics and proportions suit relative novices as well. Prices now, however, are on the rise. 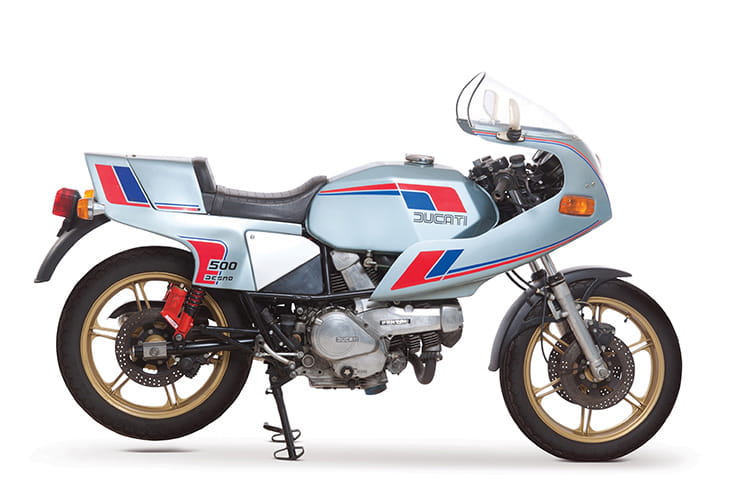 First of the belt-drive Desmos was a true Ducati landmark, paved the way for all the 900SSs, Monsters and more on which the Italian marque was so dependent during its 1990s revival and is an undervalued (if still quite rare) classic in its own right today and one which is sure to appreciate. Striking looks combine with a sublime-handling chassis and decent cycle parts and, if hardly exciting by modern standards, is still brisk. Not for novices, maybe, and later 600 and 650 versions may be better, but this is a true A2-qualifying classic. 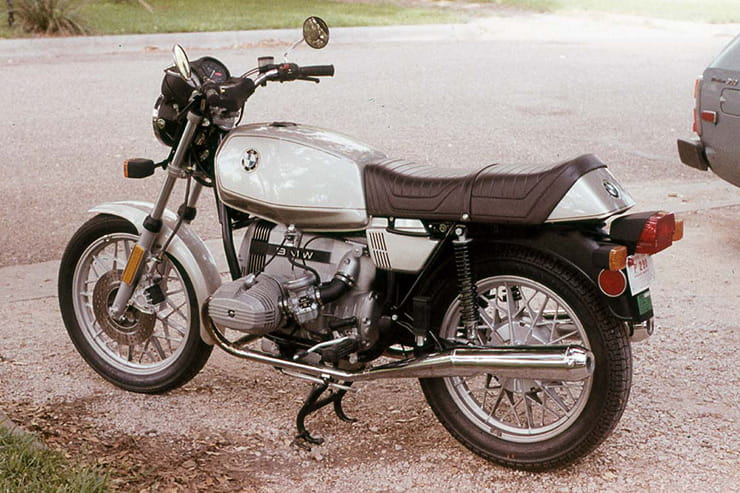 With the popularity of classic ‘air-head’ BMW boxers these days, especially among a custom scene all-too-eager to transform them into street scramblers and ‘bobbers’ it’s only logical that there’s an example of the classic Bavarian twin that qualifies for the A2 licence classification – and the best of these is short-lived R65. Not to be confused with the earlier, venerated R60/5, this simple but charming roadster was introduced in 1978 before spinning off the more wackily styled R65LS, complete with angular nose cone, in 1982. Both are fairly undemanding and pleasing to ride and, dare we say it, potentially form a great basis for a more, er, ‘individual’-looking machine. 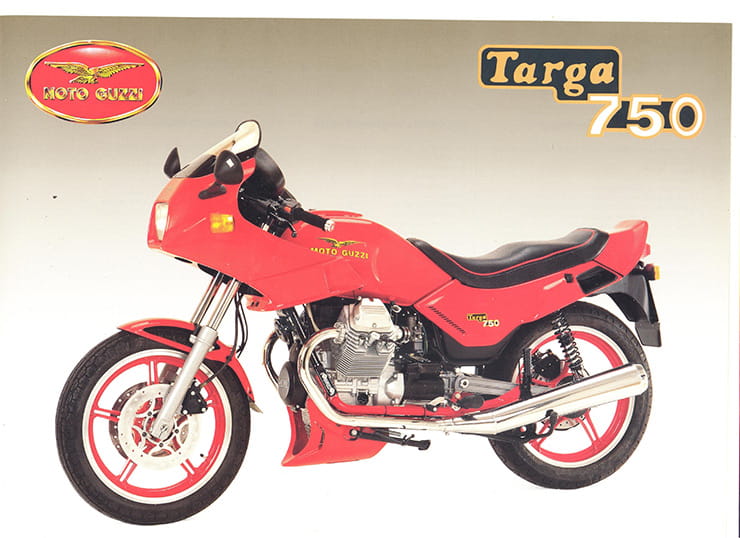 There’s no disputing the fact that Italy’s ‘grand dame’, the legendary motorcycle marque which, in the 1970s, had given us the V7 Sport, California and original 850 Le Mans, had, by the 1990s, lost its way somewhat. Under-financed and developed, its classic transverse V-twins had degenerated into lumbering dinosaurs – albeit ones still with charm. The short-lived Targa, a sportster halfway house between the V50 Monza and then Mk5 Le Mans 1000, was, however, one of its better offerings and also falls neatly into the A2 classification: robust, sufficiently brisk and undeniably handsome, if you can find one they’re also pretty good value. 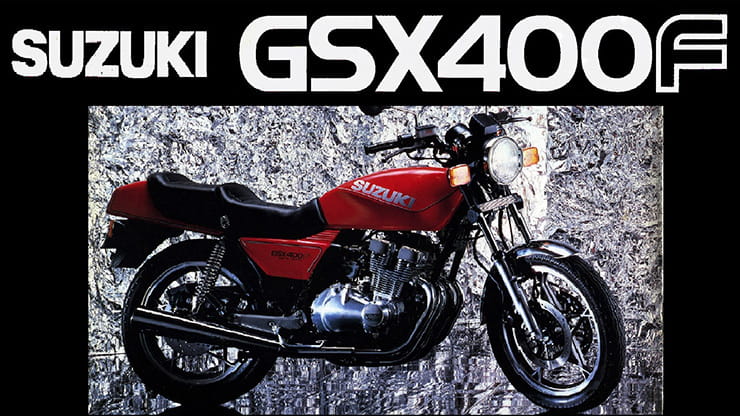 The success of Honda’s four-cylinder CB400F plus Japan’s prevailing domestic 400cc learner licence restriction, led to an influx of air-cooled, 400c, four-cylinder rivals, first Kawasaki’s Z400J in 1980, then finally the most potent of the bunch, Suzuki’s DOHC, GSX400F. Expensive and sophisticated it was priced out of being a success in the UK but its engine was later revived in the GSX400S, Japan-only ‘mini-Katana’ and today – if you can find one – it’s a pleasing to ride, likeable, affordable and interesting Japanese future classic. 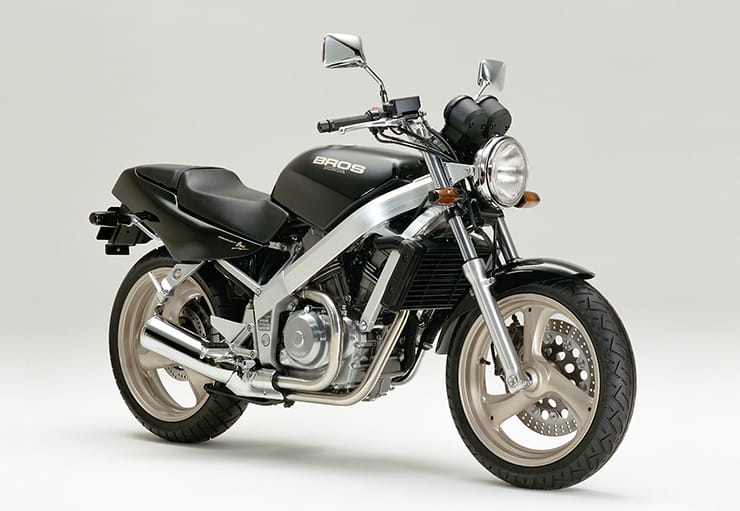 Never officially sold in the UK (its prime markets were instead Japan and the US, where it was sold as the Hawk – we got the horrible NTV600 Revere version instead) and outshone by its 650cc bigger brother, the 400 Bros is nevertheless one of the stars of the grey import 400 era. Beautifully balanced and fine-steering thanks to its NC30-alike aluminium twin-spar frame and with that flexible V-twin, the Bros was a joy to ride and also easy and unintimidating for novices. What’s more the Bros was well-built, distinctive, easy around town, durable and affordable as well. Find a decent one and the same is still true today. 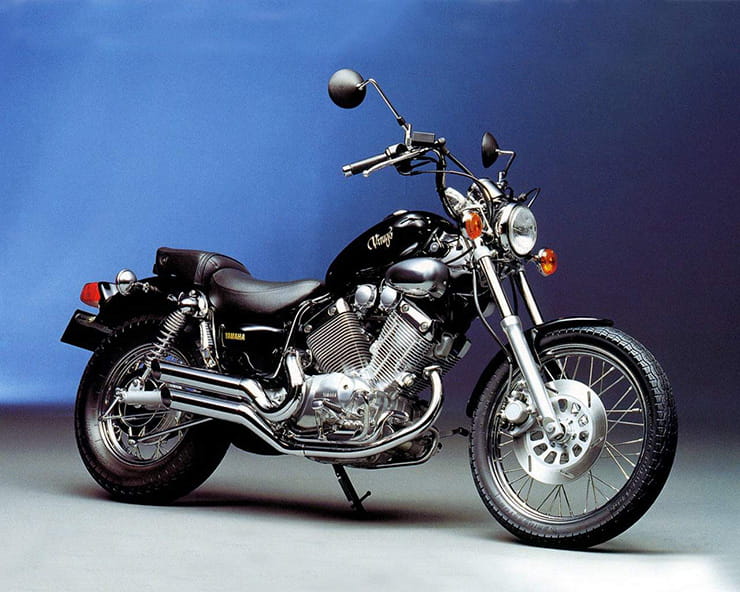 Arguably too modern to be considered a true classic, and so long-lived and popular they’re hardly rare either, but the XV remains so damn good among middleweight customs it demands its place here. At its heart is an air-cooled, SOHC, shaft-drive, 70º V0twin that manages to be both free-revving and flexible; the chassis is low, nimble and utterly new rider-friendly and, for a custom, the Virago handles brilliantly. Durable and great value as well, the 535 remains a great buy to this day – especially as it qualifies as an A2 bike. 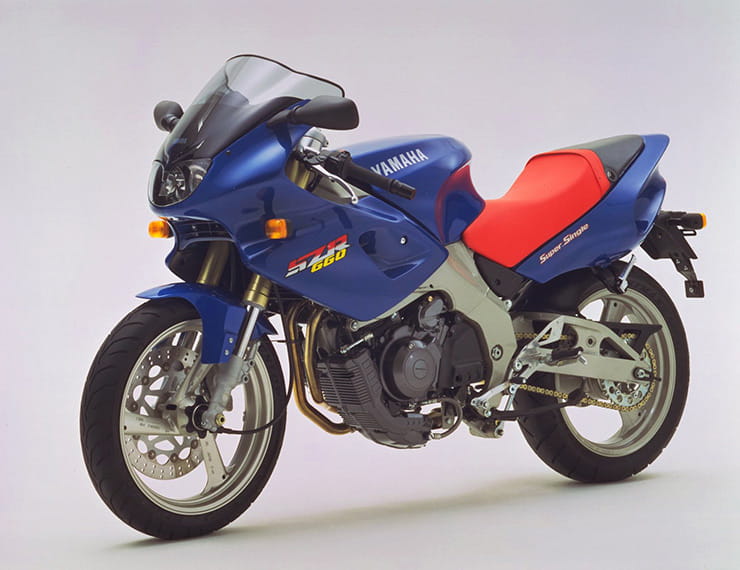 Street singles, whether roadsters or sportsters, are always a niche market due to their diminutive proportions and limited practicality but sports versions can have a simple purity that can make old men go weak at the knees. Yamaha’s take on the breed, which was based on the five-valve XTZ660 trailie and which, bizarrely, was briefly officially imported in to the UK, is one such example – and one that neatly (just) falls inside the A2 classification, which makes it one of the most lively bikes in the class. It’s a cute, little peach, too, as long as you can find one, fit on it and don’t plan any long journeys…

After all these Japanese and European bikes we’d be remiss if we didn’t include a bonafide Meriden Triumph, with the short-lived Triumph TR7 (no, not that one) the best fit. Produced during Meriden’s swansong and inspired by BMW’s first R80G/S it’s essentially the old, T140 750cc Bonneville, retuned via a single carb (hence the Tiger name) and new pipe and dressed up in trail bike clothes. Guess what? At the time it was a (nother) dismal failure. Today, though, it has both quirky, classic appeal, is rare, thanks to the detune slots in A2 nicely, is easy and pleasant to ride (and even half-decent off road) and almost affordable, too. If you can find one.