The man who fathered the 2017 Fireblade 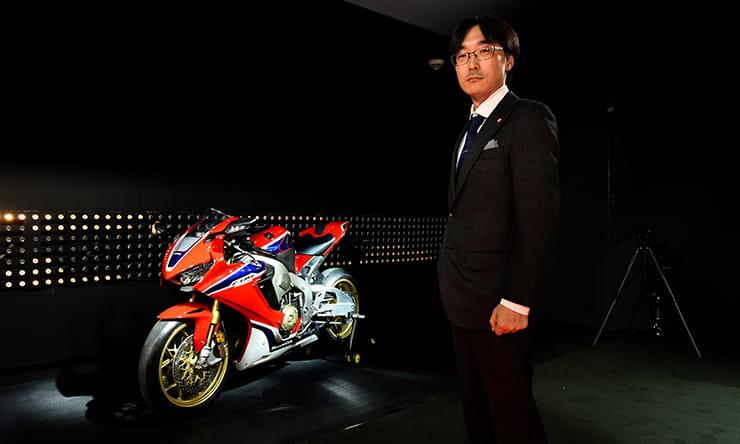 The new Fireblade is the lightest and most powerful Blade yet, and features everything from traction-control to a titanium petrol tank and exhaust. But how does Honda redesign an icon?

From an earthquake that hit Honda’s factory during the development of the new Honda Fireblade, to criticism by bedroom warriors on social media that the new Blade makes ‘only’ 189bhp, Masatoshi Sato is the man in charge of the new Fireblade project and carries the weight of the project on his shoulders.

We put the questions you want answering to the man behind the new Honda Fireblade, Project Leader, Mr Masatoshi Sato. In our interview he reveals:

Bike Social: How does it feel to be responsible for the rebirth of such an important and iconic motorcycle?

Sato-San: Of course, it is one of our many flagship models, there’s a huge amount of attention on it, there’s so many people second guessing about what it might look like and what it might be like. But for us, when we fixed the concept and decided it would be lightest in class and have the electronic controls for the first time, that is when it really comes home to you, the size of the task. Then we just needed to make sure to pull together as a team to make sure it was exactly that – the lightest in its class and have the new electronic controls which kept it true to the spirit of the ‘Total Control’ concept. So, there is a lot of pressure for the whole team, but the way I handle it is by not thinking about it (laughs).

Sato-San: When we finished the development of the first SP, which was on the market in 2014, we knew that we had taken what we call the raw bike, as in the bike without any electronic controls, to its pinnacle. So it was then that we had to think about what, if you like, next stage Total Control was going to mean?

So, with the electronic controls, we were really conscious that the Fireblade has to be the Fireblade, and still retain what it has always been, which is the superbike which is the most fun to ride, the bike that gives people the most pleasure to ride on the mountain roads. We wanted to make sure that the electronic controls that we put on it were such that they didn’t interfere with the rider, but they supported the rider, so that the rider can do what they want, which is to ride the Fireblade with absolute peace of mind that it’s going to do exactly what your inputs are telling it to do. That is some of the background to the timing of it and how we approached it.”

Bike Social: The new Fireblade concept is ‘lightest in class’. Why is that concept still important to the Fireblade, and with rivals making 200bhp, did you not feel it was important for Honda to chase a 200bhp target?

Sato-San: Fireblade has always been about being the most enjoyable superbike to ride, and when you think about riding, the first thing you feel is due to the lightness of the bike. When you are leaning into a corner, through the corner, coming out of the corner, all the enjoyment of that is about the weight of the bike, so, if you look at it from the other angle and think ‘when do you actually feel the power of a bike?’ it’s not a lot of the time compared to the amount of time you get the benefit of a lightweight bike. What we’re seeing is sometimes power which is then having to be taken off by electronic controls, which then makes the power itself meaningless. That is entirely NOT what the Fireblade is about, and having a light Fireblade, well that is the Fireblade.

Bike Social: How difficult is it for your team to achieve an all-new motorcycle design, but still keep a design and style true to the origins of Fireblade, and how important is that to you?

Sato-San: There are a few things with the Fireblade, like the twin headlight that will never change, and the key with the design of the Fireblade is to express the lightness. The Fireblade has always been among the lightest, and that needs to be shown through in the design as well. ‘Total Control’ is about lots of different things, among that is aerodynamic performance of course, and that is very important.

Bike Social: Now we have a standard Fireblade, an SP and the SP2. Why three models of Fireblade, rather than just one?

Sato-San: The way I see it is that prices are getting higher and we’re getting to a new level, but what I think might happen is that the reason people buy sports bikes might be beginning to change and it might be that they’re not buying them only on spec and outright performance, but they’re buying them almost as a source of pride. Pride of ownership and some status is probably in among that as well. Albeit, our starting points might be different, the Fireblade is always about public roads and winding roads, and maybe the others might be more race focussed as their starting point, perhaps? I think there’s a similarity where people and the market might be going is less about performance and numbers, and more about more intangibles – the feeling of the ownership experience.

Bike Social: I’m assuming you have benchmarked the Fireblade against the Kawasaki ZX-10R, Yamaha’s R1? What do you think to those bikes and how do they compare?

Sato-San: I think the direction that we are facing, and the direction that the GSX and the Yamaha and the rest are facing is different. I think the other guys are about reducing lap times, attacking your time on a circuit. Though with the Fireblade, as it has always been, it is facing a different direction. It has always been about the pleasure and the joy of handling the bike on public roads, just the sheer enjoyment of riding it. To that extent you can’t compare the two because they are trying to do different things, and also to that extent, Fireblade has a unique appeal of its own and you could almost say it’s a category of its own.

See the new Honda Fireblades for yourself at Motorcycle Live which runs from this Saturday until November 27. 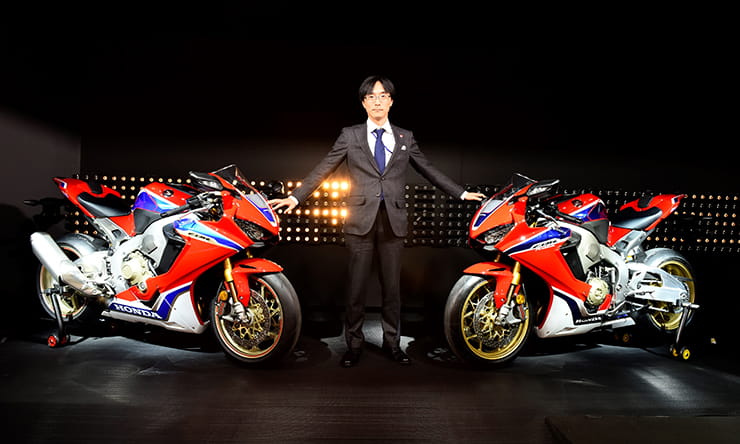