The Brough's of Bodmin and other amazing finds

IMAGINE digging up a 1921 Norton in your garden? Or finding a Series A Vincent Comet in a hedge?

Bizarre as these circumstances seem, they are the real-life locations of some of the most extraordinary motorcycle finds in decades. 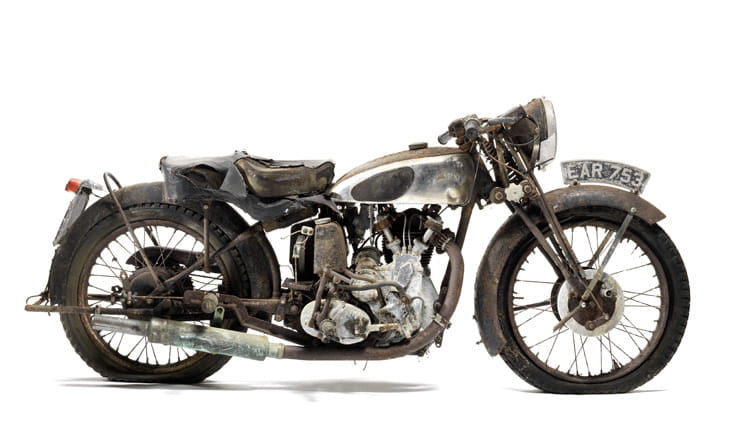 As the adage goes, one man’s trash is another man’s treasure…

But the fact that these magnificent machines (though not all in magnificent condition) keep appearing in the unlikeliest of locations is what keeps Bonhams’ International Department Director Ben Walker on his toes.

“It’s amazing,” he said. “And it makes the job really interesting.” At Bonhams, no two phone calls - let alone days - are the same, as Walker explains.

“You never know what’s around the corner. For example, with the ‘hedge find’ this chap phoned up and just said “I’ve just been clearing out the garden and found a Series A Vincent Comet in a hedge.” I mean, imagine finding a Vincent Comet in your hedge? It must have been considered scrap by the family.”

“When the man called I thought ‘is this for real or just a load of rubbish?’ said Walker. “But we went to the location, removed all these leaves and there it was - a rare Vincent Comet. The seat was damaged from being soaked for years and years but it was all in one piece.”

Andy Barrett, Bonhams’ Motorcycle Administrator, said: “The gentleman who phoned was the owner, he’d been stripping back a garden when, low and behold, a Vincent Comet was stood up against a tree, right where it had been left in the 1970s. He had no idea of the value but did know that being a Vincent, it would generate interest and it certainly did! He was certainly shocked at the sale of it and was delighted with the result.” 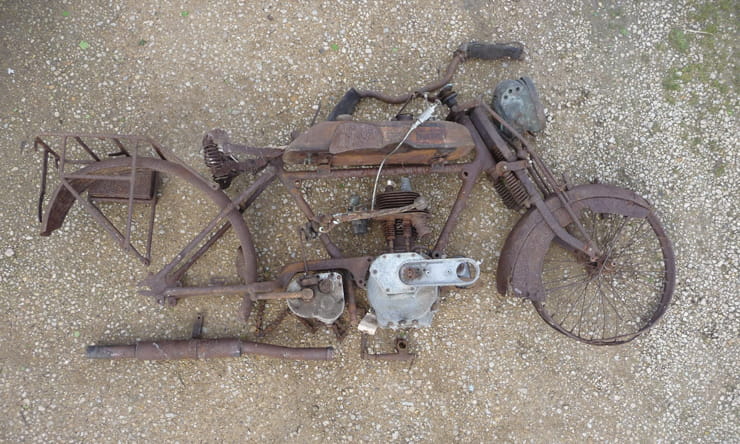 And as for the dug-up 1921 Norton 490cc 16H (pictured above), Walker said: “There will be a lot of buried motorcycles across the country. Sometimes bikes have even been used for landfill but that makes the ones that have survived all the more rare.”

But the Norton 16H was far from being a complete motorcycle. It was, quite literally, a heap of rusted parts. And yet, even in its skeletal form, the 16H sold for a whopping £5,175.

But not all unusual finds happen outdoors.

“There was an exceptional find in a living room recently,” said Walker. “It was a guy who owned a New Imperial, which had barely seen the light of day but the owner was such a humble person. I visited his home, which was a standard terraced house, and this stunning New Imperial had been sat there, in the front room, for years and years and years. The bike belonged to his father and so the owner had kept it for sentimental reasons.” 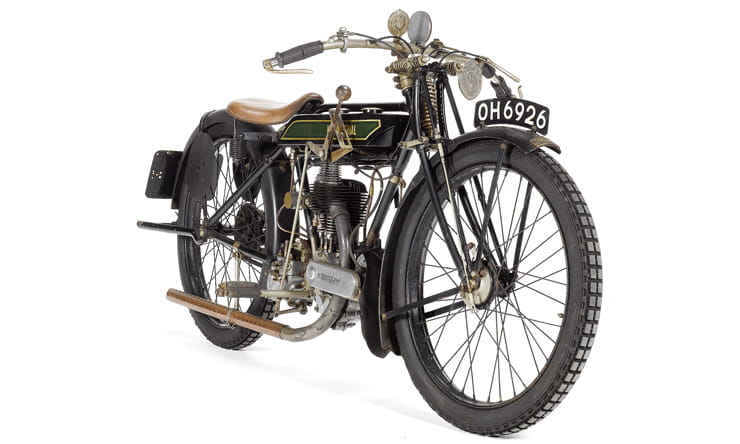 The New Imp (pictured above) sold for £28,750. “That was a nice surprise for him,” said Walker. But the most legendary motorcycle discovery was the ‘Broughs of Bodmin’ barn find.

“That was just unbelievable. We heard about this mythical collection of Broughs in Cornwall but we had been told that the owner was very protective and didn’t allow people to see the motorcycles.”

Undeterred, Walker and his colleagues set about finding the Broughs. “We were walking up and various these streets in this Cornwall village trying to find the most likely house. Eventually we cold-called a neighbour - which is something we don’t normally do - and asked after the barn. We were given a card for a ‘Mr Vague’ and we got in touch with him a couple of days later.”

“Up to this point I was still slightly hesitant as to whether it was a true story or an urban myth,” said Walker.

But the Brough haul lived up to its reputation. It did exist. Walker and his team must have felt like Lord Carnarvon and Howard Carter unveiling Tutankhamen’s tomb. 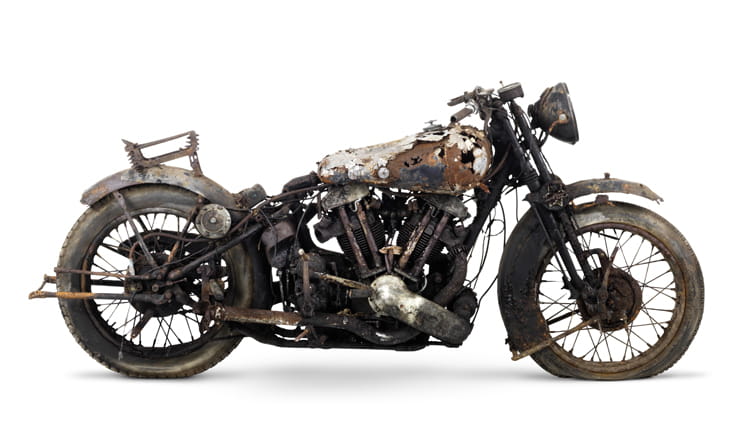 “It still sends shivers up my spine to think of that moment when we discovered the eight Broughs of Bodmin,” he said. “They were covered in so much dust and clutter but they were an extremely rare and very special find.”

“The family came to the sale and seeing their faces as the machines sold for prices far beyond the estimate was an amazing sight. Frank Vague left all the money to his nieces and nephews so each of them will have a pretty good start in life now.” 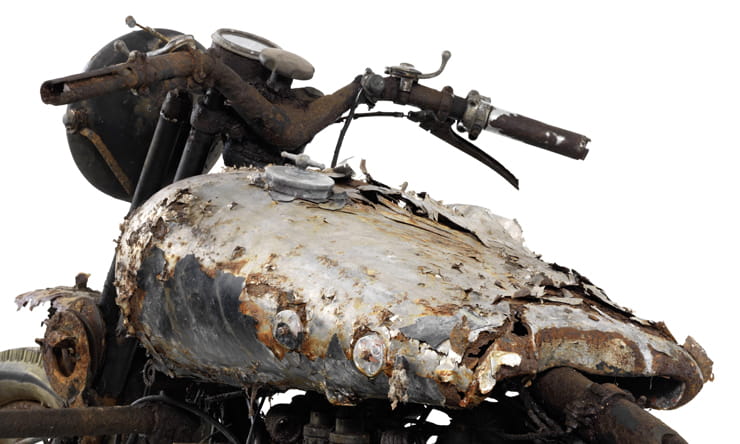 Granted, a discovery like that of the Broughs of Bodmin is a once-in-a-lifetime haul, but hedge finds, buried treasures and abandoned machines are not uncommon, and will continue to happen, according to Walker.

So if you’ve got a spare hour or two, it may be worth trimming that hedge in the garden or digging up the lawn. You never know what you might find…