The 10 best Triumph Bonnevilles – ever!

With a brand new five-strong range of Bonnevilles heading off the Triumph production lines in early 2016, we take a look at the best ever models that have made this icon what it is today.

Original Bonnie was Edward Turner’s last design to reach production and was a high performance version of Triumph’s existing 650cc T110 Tiger but with twin Amal carbs (the stock Tiger had a single carb) and high performance cam. The result was Triumph’s fastest ever machine (the ‘120’ bit was supposed to suggest it could do 120mph) and named in honour of the Johnny Allen 1956 Bonneville Salt Flats world land speed record streamliner. From 1961 Bonnevilles were designated either T120R, for Road models, or T120C for the scrambler version with high pipes. The first bikes had a separate gearbox, but ‘unit’ construction was adopted in 1963. Original Thruxton version of the Bonnie (and inspiration for today’s reincarnation) was a limited edition, tuned T120R built as a homologation special for production racing. It was inspired by, and took its name from, Tony Godfrey and John Holder’s victory aboard T120s in the 1962 Thruxton 500. Just 52 were officially built (although others were later converted) using specially selected components and precision-machined cylinder heads and crankcases which raised power to 53bhp. Surviving examples are rare. 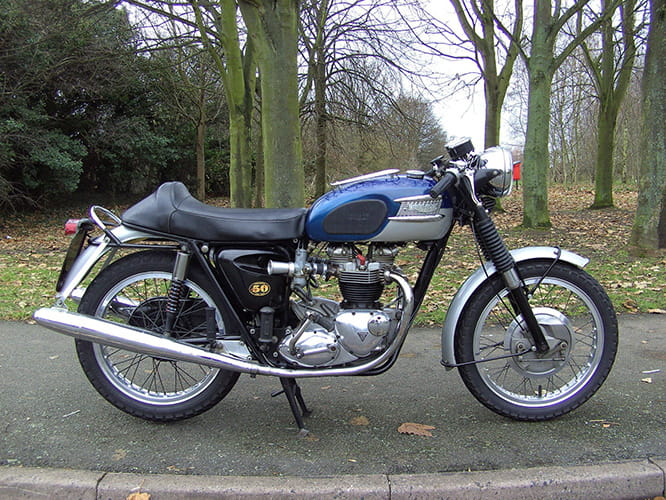 TT Special was the competition version of the C which previously had only been available as an options package. Basically a T120C stripped of road gear like lights and number plate it also had model-specific exhaust (TT pipes) and special race tuning. The TT was the bike Evel Knievel used for his famous jump over the fountain at Caesar’s Palace, Las Vegas and which he described as his favourite ever bike. 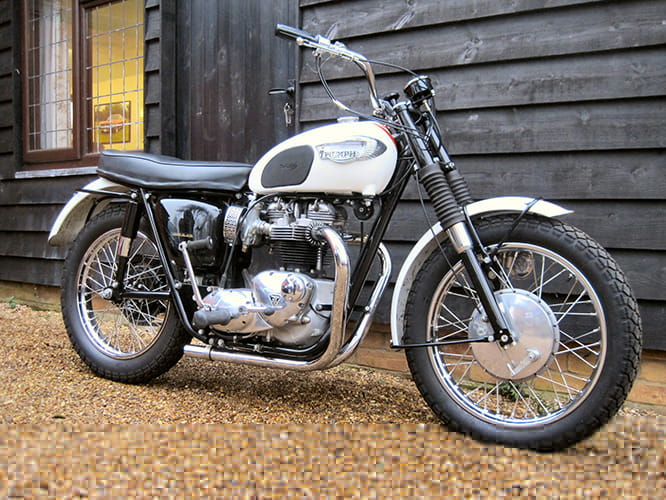 Considered by many classic buffs as the best of the original Bonnevilles due to it benefitting from the most updates and refinements to the original design before the controversial oil-in-frame version, which held its oil in an all-new frame thus dispensing with the need for a separate oil tank, was introduced in 1971. Depending on how you look at it, of course, they were also the worst, being the least competitive with ever-advancing Japanese competition. (From 1971 two tank shapes were also offered, a US teadrop three-gallon item, and a more streamlined four-gallon item for UK/Europe.) 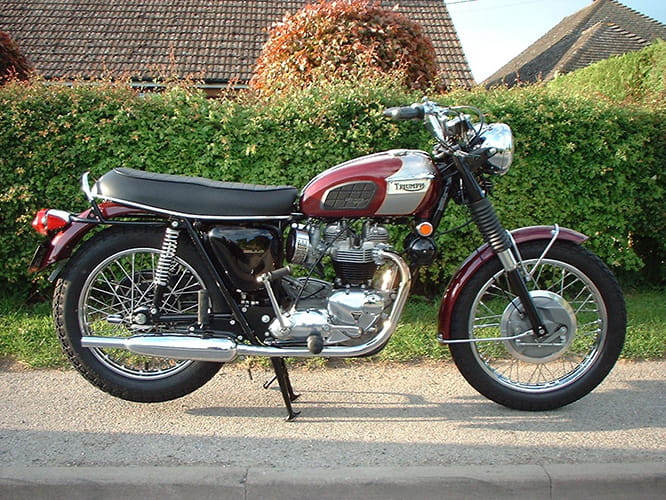 The new T140V was Triumph's answer to increasing competition from the Japanese and the growing availability of larger capacity head kits from the USA. Effectively a T120 650 bored out, first to 724cc, then to 744cc, while the gearbox was also upgraded from four to five-speed (hence the V for five) it was also given a front disc brake, though the rear remained a drum until 1976. In this, and a variety of spin-off forms, the Bonnie was Meriden Triumph’s last bike. This example has the UK tank. 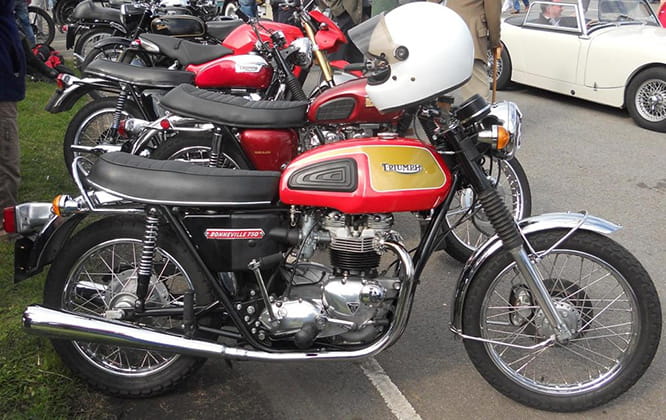 To coincide with the Queen’s silver jubilee, Meriden built a special edition Bonneville with silver and red/white/blue livery. Initially, just 1000 were to built, with the sidepanels declaring ‘One of a Thousand’ however demand was such that a futher 1000 were released with the wording altered to read ‘Limited Edition’. A further 400 for the international market were also built with the US tank, which read ‘Limited International Edition’. As they appealed to collectors, many survive in immaculate condition. In 2012, Hinckley Triumph produced a Golden Jubilee version of the modern Bonneville with similar livery. 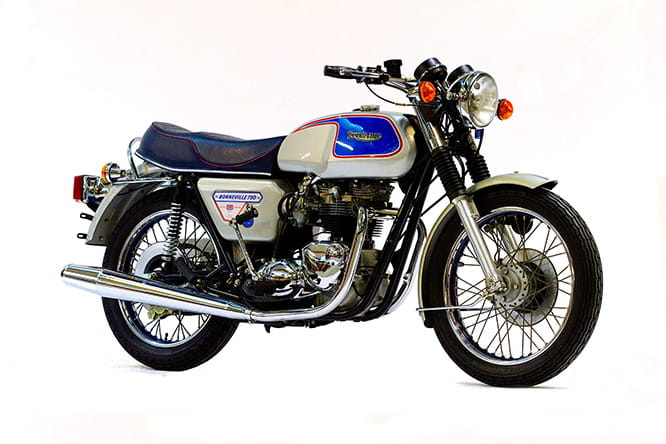 The appeal of so-called ‘factory customs’ in the late ‘70s, particularly in the US, as spawned by Harley’s 1977 Low Rider and going on to include Yamaha’s range of ‘Midnight Special’s, prompted Triumph to produce its own, based on the T140E. Essentially a styling makeover, it was aimed primarily at the US market and was distinguished by cast alloy seven-spoke wheels, a fatter, chopper-style rear tyre, peanut tank, high bars, 2:1 exhaust and a stepped seat. It’s also the styling inspiration for 2011’s updated Bonneville 800. 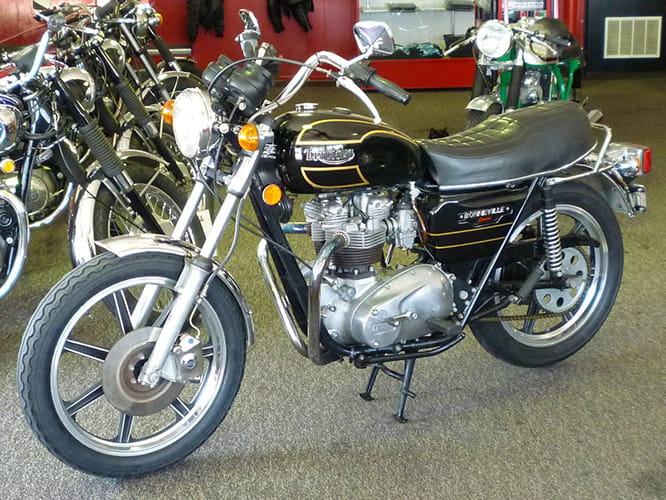 After Meriden’s demise, Triumph parts supplier Les Harris licensed the rights to produce T140s from new owner, John Bloor. Over the next five years around 1250 ‘Les Harris’ Bonnevilles were produced in Newton Abbot, distinguishable by having Magura switchgear, Paioli forks and Brembo brakes. Interesting fact: due to the Harris era, modern Triumph can claim to have been in continuous motorcycle production since 1902, making it the oldest motorcycle manufacturer in the world. 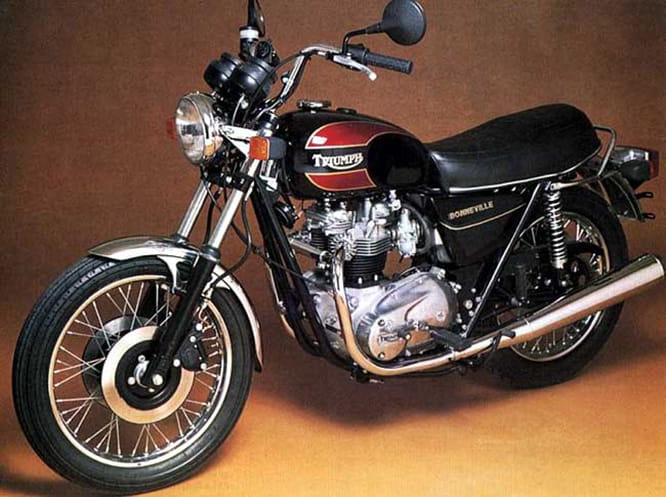 Despite relaunching in 1991 with an all-new range, John Bloor’s new Hinckley Triumph didn’t revive the Bonneville name for nearly a decade. The machine that did so reportedly took three years to design, was unveiled at the 2000 Munich Show and has arguably become the most successful ‘retro’ of all time. Far from being a speed merchant the new Bonnie is a gentle, novice-friendly machine with a 790cc air-cooled twin later taken up to 865cc and then, in 2008, given fuel injection. 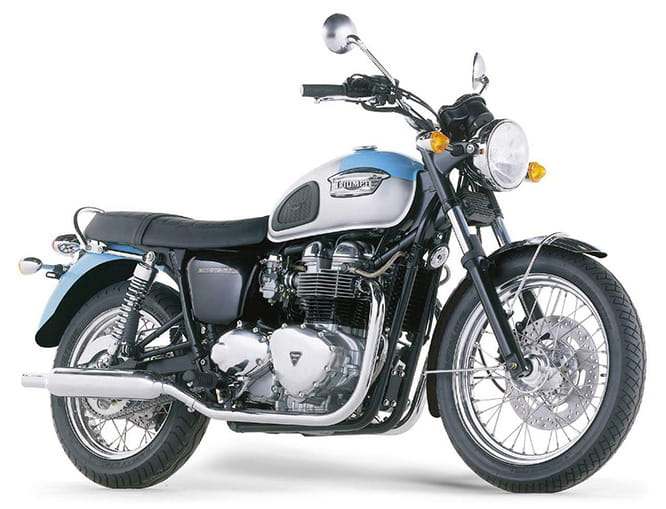 Limited edition special was produced in recognition of Steve McQueen insisting on riding a Triumph (a TR6) in the movie The Great Escape, 50 years previously and has become one of the most desirable of all Hinckley Bonnevilles, commanding prices into five figures. Styled to mimic the movie bike, right down to its khaki paint, stenciled name badge, fork gaiters and solo seat, just 1100 were produced (of which 130 were designated for the UK), each coming with a numbered certificate. 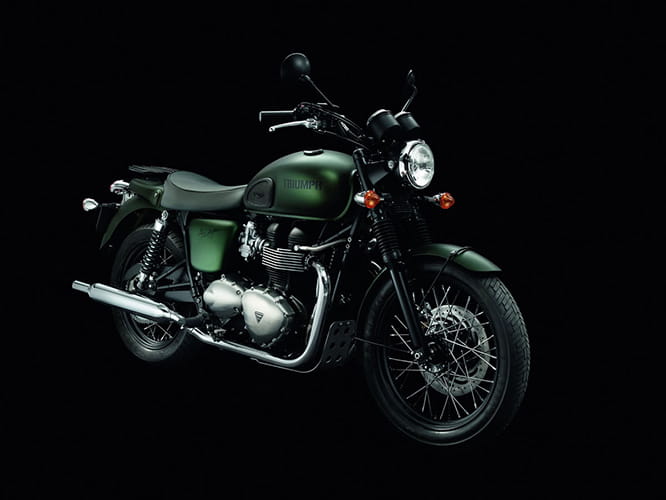 What was your favourite Bonneville?  or